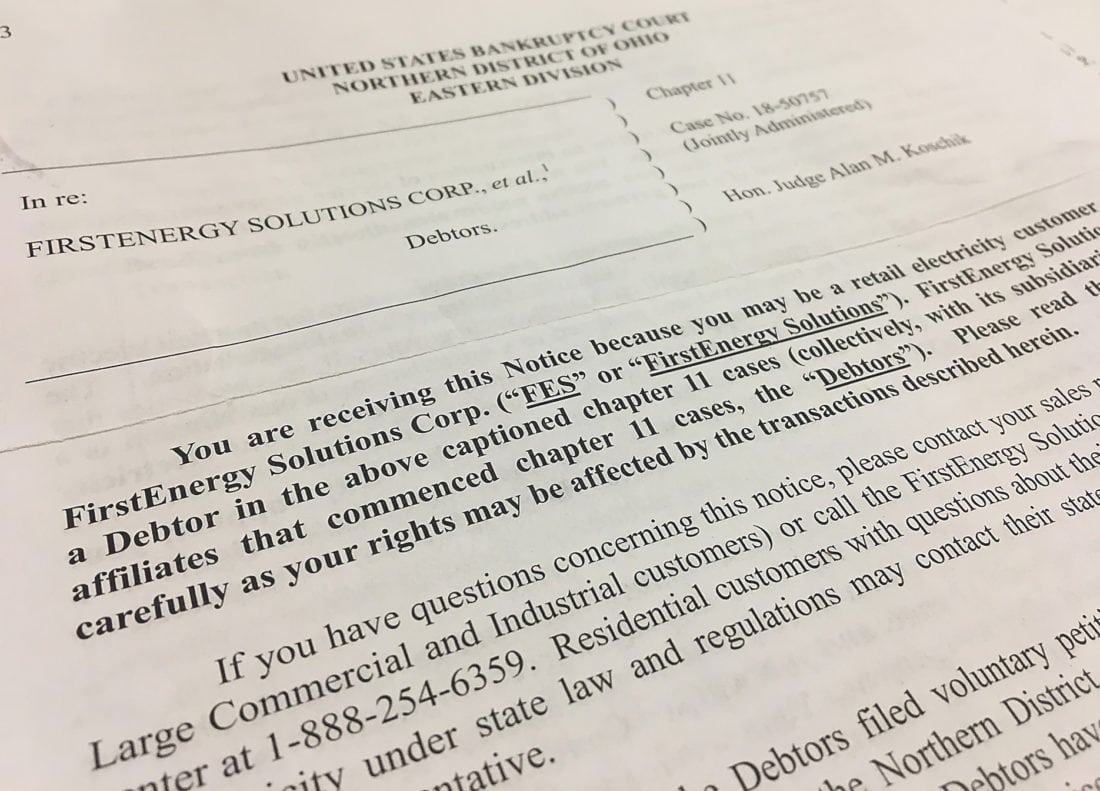 Times Observer photo by Josh Cotton Electric customers who have selected FirstEnergy Solutions as their electric generation supplier are headed for a change as the company has filed for bankruptcy. FES has received a bid in an effort to sell the contracts of over one million customers.

If FirstEnergy Solutions is your electric generation supplier, then you’re headed for a change.

A subsidiary of FirstEnergy, Akron, Ohio-based FirstEnergy Solutions (FES) filed for chapter 11 bankruptcy protection on March 31, according to a notice sent to FES customers.

The Cleveland Plain Dealer reported when the bankruptcy filing was announced that the company was carrying at least $2.8 billion in debt and explained that FES petitioned the U.S. Department of Energy “to declare an emergency, under extraordinary power reserved for use during cataclysmic threats to the national electric grid, such as war.”

According to the Plain Dealer, the regional grid manager, PJM Interconnection, said in response that there was no imminent threat to the stability of the grid.

The notice to customers indicates that FES received an offer from Exelon Generation Company, LLC to purchase FES’ contracts.

“Your contract with FirstEnergy Solutions will be transferred to Exelon’s subsidiary, Constellation NewEnergy, Inc.,” FES said in the notice. “The transfer of your contract will occur as soon as possible after the transaction closes….”

FES was adamant saying – in bold – that “… there will be no interruption of service under your electricity contract as a result of this sale process. You will not need to take any action to switch to Constellation” and said that the new firm “has agreed to provide your electricity service on the same rates, terms and conditions in your current customer contract with FirstEnergy Solutions.”

There is an objection period that remains open through September 14. A hearing on the sale is set for September 21, according to the notice.

The Plain Dealer reported that the deal would allow FES to “be free of past debts and future financial entanglements connected to its former coal-fired power plants and its four nuclear reactors now owned by FirstEnergy Solutions.”

They also reported that the deal will affect over one million customers.