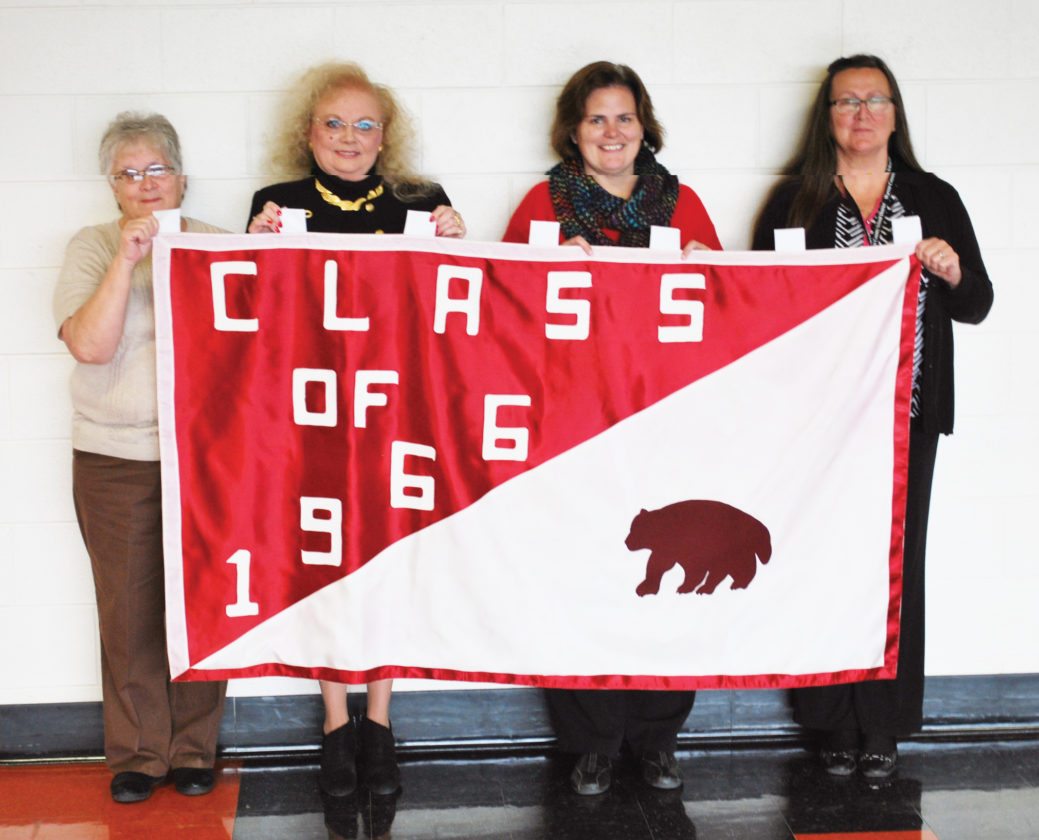 Photos submitted to Times Observer After 50 years of enjoying the class flag on display at class reunions, the class members of 1966 voted to donate the class flag back to the Sheffield High School. “It is with fondness of our time of our younger days in good old SHS along with many good friendships forged and memories to last a lifetime that we graciously give this treasured gift back for prosperity and for all to enjoy. We found out recently that the SHS class of 1966 started the tradition of each class making and designing a class flag. This is a special honor for us, and it is fitting that it should be returned to its rightful place. Many times we have attended functions at the Sheffield High School auditorium, and have enjoyed looking at the diverse and beautiful flags from the classes that have graduated after us. The ingenious idea to make a class flag was born in the Home Economics classroom instructed by Miss Rita Benini (now Mrs. Tom Miller) and a group of ambitious female students who had a love of sewing and designing. They chose satin burgundy and white material purchased locally. The reasons these colors were selected is because they signified the colors voted on as the official colors of the class. A Wolverine was added to show our class support for our beloved fighting school mascot. The co-chairmen of the Class of 1966 class reunions give with pride the class flag to the Sheffield High School..” From left are Kay Hilyer O’Rourke, Judy Anderson Scalise of the Class of 1966, and Kimberly Yourschism and Marcia Madigan, prinicpals of SAMSHS and Sheffield Elementary School.

Monday, Dec. 18, is the next open doors dinner at the Sheffield United Methodist Church. The meal will be chicken biscuits, mashed potatoes and gravy, mixed vegies and Christmas cookies, along with punch, coffee and tea for beverages. This meal is free and will be served from 4:30-6:30 p.m. and takeouts are available.

On Saturday, from 5 to 7 p.m., come and visit with Santa at the Clarendon Volunteer Fire Department.

The 2018 Budget for Sheffield Township for the General Fund, Light Fund, Fire Fund, Sinking Fund #1 and State Fund are all ready for public review and then will be adopted at the December 18 Supervisors’ Meeting.

“There are many reasons we tend to slow down and become more sedentary with age. It may be due to health problems, weight or pain issues, or worries about falling. Perhaps you think that exercising isn’t for you. But as we grow older, an active lifestyle becomes more important than ever to your health. Getting moving can help boost your energy and manage symptoms of illness or pain as well as your weight. Regular exercise is good for your mind, mood and memory. Join us for an enjoyable way to become more active. Thursday morning we do chair exercise, a most deceiving work out. These toning exercises will give you a full body strength and cardio workout while sitting in a chair. Please join us at 9:45 AM. If you need to amp up the intensity of your workout, we meet Monday and Thursday at 3:00 PM. Progress happens day-by-day. Today is always a good day to start.

Our Activates for this week are:

Lunch at the Center:

Knitting for Beginners- learn all the basics. Whether you’re an absolute novice or want to refresh some rusty skills, this beginner class will get you going. Three exciting and useful projects will build your knitting skills over time, adding new techniques along the way. You’ll make a basic scarf a ribbed scarf and a stripped hat in the round. You will become familiar with the language of knitting patterns and gain confidence to seek out new knitting projects on your own. Class starts in December and will run for eight weeks. No cost for the class you can bring your own supplies or buy the basic kit for $35. Call 968-5667 to sign up.

Beach Glass Class – Wednesday, January 17: Join us for a fun evening with easy instructions and helpful hints. Learn how to make a beach glass necklace with a sterling silver chain and a key ring. Beach glass will be available or you can bring your own personal remembrance from a vacation trip. Beach glass and supplies included cost is $25. To reserve a seat or more information, call 968-5667

The Sheffield Township Supervisors met on Monday, Nov. 20, at the Sheffield Ecumenical Food Pantry building and the following is what was discussed:

The 2007 F350 that was on the municibid website and the final bid was for $16,100 from a Jim Smith. The Roadmaster reviewed the bids over the course of the auction. With a motion by Supervisor Paris, seconded by Supervisor Labesky and duly carried, Mr. Smith’s bid was accepted. Dave Hallman Chevrolet was only going to give the township $2,000 for a trade in on the new 2016 Chevrolet Silverado K3500.

Kevin Bell, Fire Chief of the SVFD, reported that four members completed the advanced logger rescue in Clarendon. A past logger who is a current EMT puts this class on to departments around the county. 30+ people were in attendance both loggers and firemen were present. This was a free class for firemen.

Supervisor Paris stated that the ditching bucket went to Mike Barr’s for welding. She also stated that the DAV would like any fill that we may have to level off their addition. She also asked that the last day for leaf picking up November 27th be put in paper. Supervisor Paris stated that in reviewing the bills for payment, we pay $6.29 a month to Strate Welding which is $76.80 a year, if we purchased our own tank the initial cost would be $200, but nothing after that. The township wouldn’t be renting a tank, it would own it.

Todd Fantaskey sent a certified letter to the Austin Hill property. He will be driving by the Heavenly Hill Lane; he thinks he might have been there, he’ll know when he sees it. If he hasn’t been there, he will send them a letter, too.

With a motion by Supervisor Paris, seconded by Supervisor Labesky and duly carried, Blighted property Resolution No. 463 for 227 Saybrook Road to Larry Heeter and also Blighted property Resolution No 464 for 31 Bennington Drive to property owners Connie Tetmire and Autumn Gustafson of Ellwood City were approved and will be mailed to the owners. The 31 Bennington Lane electric line has been removed off the camp.

A letter was sent on 9/22/17 for the Danielson property in Barnes for front porch falling off of house. The secretary contacted the brother and he informed her that he has pulled off parts of the porch that were hanging down and it looks a little better and when funds are available he will be removing the porch. It was also reported that tires are still at 326-328 Horton Avenue and a violation letter will be sent by the solicitor to the property owner.

Dennis Sturdevant, Township Historian, has requested a junior historian to work with him and he makes the recommendation of John Castor. He will be added to the nominations at the re-organizational meeting in January.

Pennsylvania Family Council has sent the township a sample resolution that they would like it to pass which would prohibit the location of a category-four licensed facility within the township. The Pennsylvania Legislative Act 42 of 2017 entitled “municipal option” authorizes a municipality to prohibit, or opt-out of, having a category-four casino located within its municipality. A category-four license will allow a mini-casino to operate between 300-750 slot machines and up to 50 table games and also Act 43 requires any municipality that wants to exercise the municipal opt-out enact a resolution after October 31, 2017, and before December 31, 2017, at an advertised public meeting. Supervisor Paris stated that jobs are created by casinos and no action was taken.

Roadmaster Lester asked about the Scuteri property with the upcoming plowing season. Supervisor Paris stated that Tony stopped into her shop and stated what was reported in the paper was wrong. Tony stated he owns until the gate and the property that our solicitor was talking about was the gate to water company. Supervisor Bulicz will have the solicitor confirm The Roadmaster was instructed to continue plowing what he has plowed in the past. If Tony approaches the Roadmaster while he is plowing, he is to give Tony the meeting dates to speak with the Supervisors there. The solicitor is to be asked to draft a letter giving township access to sewage plant.

The purchase of tire chains was discussed and the Roadmaster is to purchase chains for both the Ford F550 and the Chevrolet K3500.

Supervisor Paris informed the other Supervisor about an issue with campers and frozen pipes along Henry’s Mills Road off of Route 666. This was a PennDOT problem and she contacted Mr. Elms to inform him and he came down to tour the area. While Mr. Elms was in the area, he checked out the work that was done on Henry’s Mills Road with the back blade of the blue tractor by the road crew. He was very impressed with the work and had suggestions for the Roadmaster and would like to meet with him to go over them. The Roadmaster will be in contact with Mr. Elms.

Supervisor Paris asked about the issue on Dunham Street by Becky Petruney’s property asking the Roadmaster if he has a chance to take a look at it. The Roadmaster stated he hasn’t had that chance yet, but it will be a spring project. She also asked about the Willow Street ditching and catch basin problem be looked in the spring as well. Supervisor Paris reported that she had the road crew remove the garbage can at the boat launch, however the garbage is still getting left behind. Complaints received in regards to the ice buildup on Crary Avenue at the bottom of Mead Street. Supervisor Paris called the Authority.

— Commissioner Eggleston sent an updated letter to us in regards to the date and time he plans on attending the township meeting in 2018 — July 2, 2018.

— Supervisor Bulicz worked with the secretary and has learned the payroll process on November 16 at 8:30 until 10:30am.

On Saturday, from 10 a.m. to 3 p.m., is the SAES PTO Craft Show at the St Paul Center in Saybrook. Lots of crafters will be selling their crafts.

Dec 9th Breakfast with Santa at the Sheffield VFD beginning at 9am. 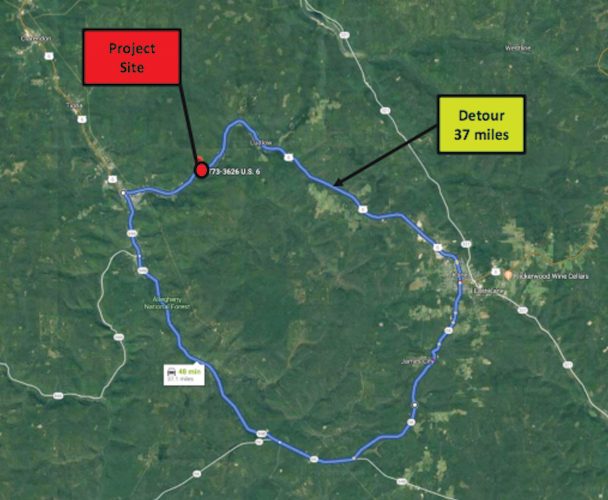 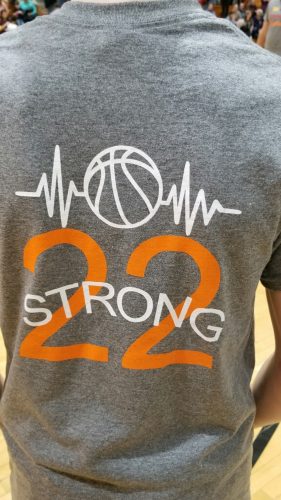 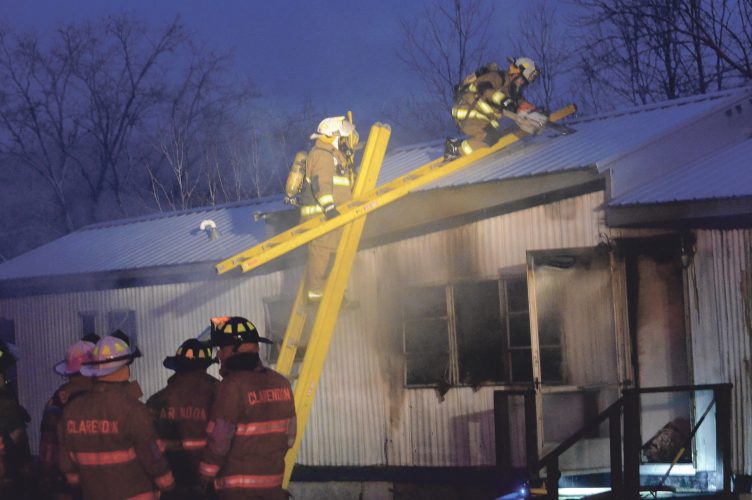 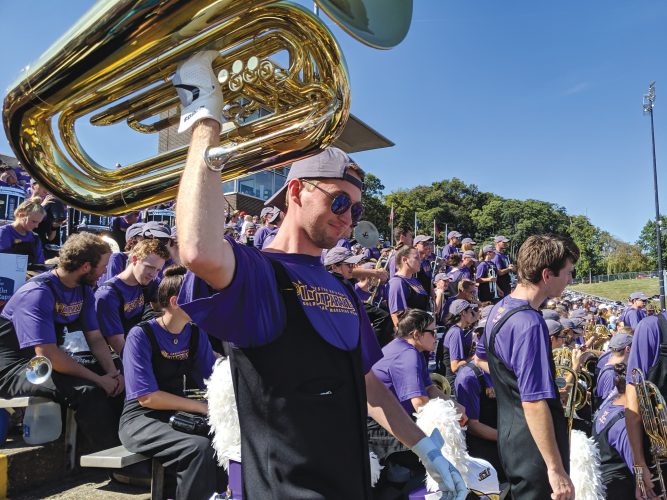 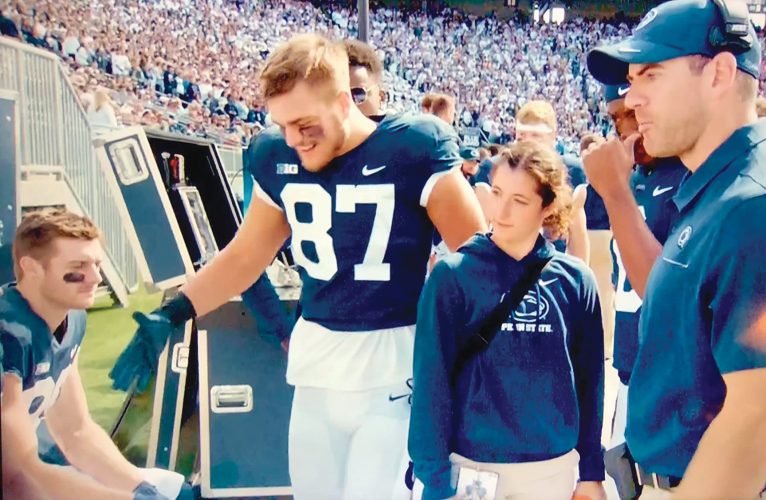