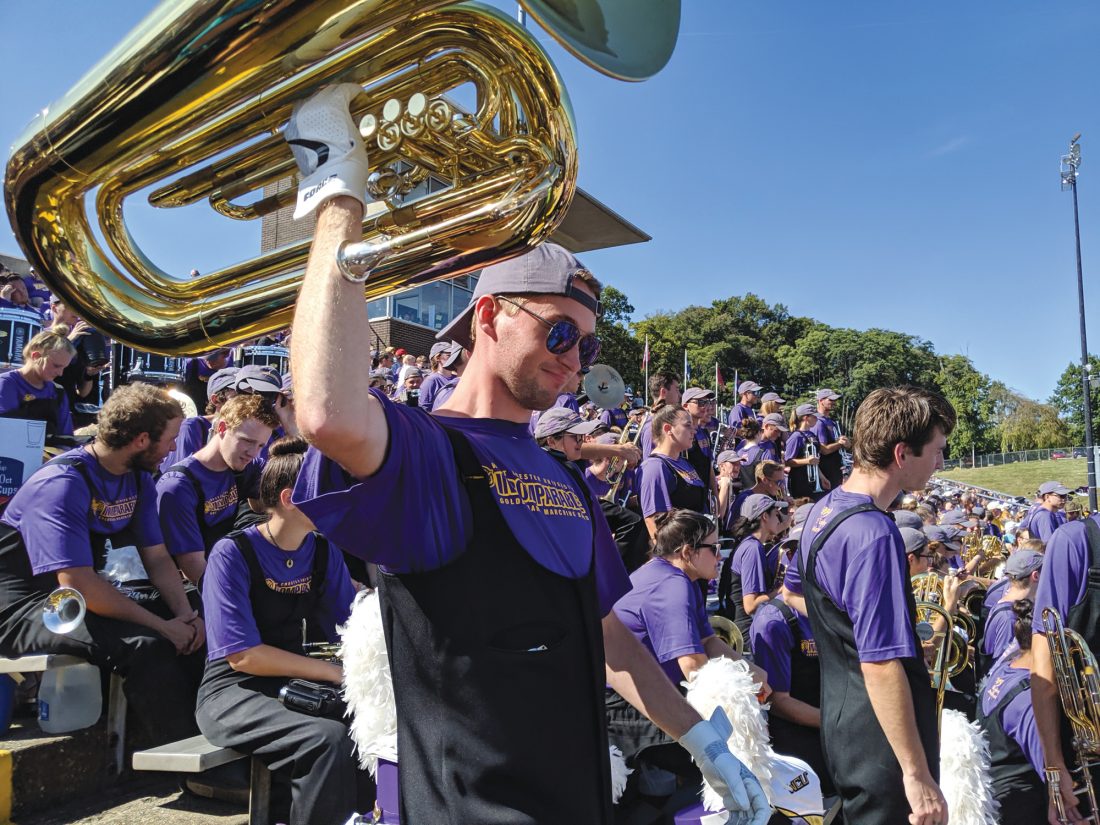 Photo submitted to Times Observer Jacob Maxwell, a 2016 graduate of Sheffield Area High School, where he played saxophone, now plays tuba with the award-winning West Chester University ‘Incomparable’ Golden Rams Marching Band. The band was recognized in September as the winner of the prestigious Sudler Trophy. “The purpose of the Sudler Trophy is to identify and recognize collegiate marching bands of particular excellence that have made outstanding contributions to the American way of life,” according to the John Philip Sousa Foundation. “The Sudler Trophy will be awarded biannually to a college or university marching band which has demonstrated the highest of musical standards and innovative marching routines and ideas, and which has made important contributions to the advancement of the performance standards of college marching bands over a number of years.” Adam Gumble, West Chester’s Director of Athletic Bands said, “We have long known that our marching band is one of the finest in the country, but this recognition from the Sousa Foundation is truly special. We want to thank our students, alumni, faculty, staff and fans for their unyielding support of our program.”