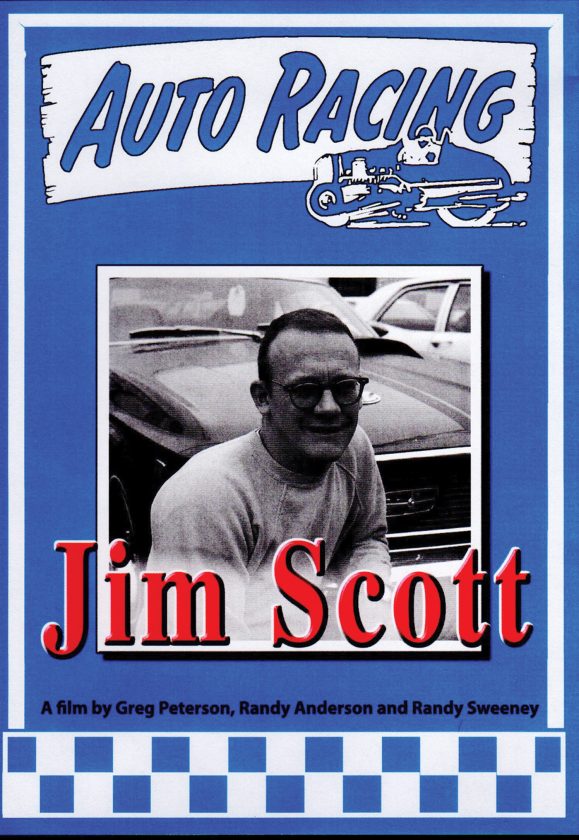 The movie, written and produced by Randy Anderson, Greg Peterson and Randy Sweeney, highlights the prolific stock car racing achievements of one of the most popular and accomplished personalities in the 60+ years of Stateline Speedway.

Using video interviews with Scott, his family members, the priceless picture collections of racing photographers Gordon Mahan and Olen Seidler, plus vintage home movies, the filmmakers have brought to the screen the fantastic life of the man known far and wide for his talent behind the steering wheel of a stock car and his unrelenting devotion to the sport.

Those words by Jim Scott, a former racer at Stateline Speedway in Busti, N.Y., depict the desire and tenacity that competitors and race fans saw in the driving career of Scott at that N.Y.-Pa. border oval from 1957-1976.

As one of the most popular drivers in the history of Stateline Speedway assumed his position at the rear of the starting grid, the fans knew they were in store for another patented charge to the checkers by the talented Garland, Pa., throttle-stomper.

Jim Scott started racing in 1956 at the age of 18 in a 1947 Ford numbered 30/30 at the Roll-O-Bowl Speedway in Watts Flats. His first feature win came at Sulphur Springs Raceway in Findley Lake in a 1940 Ford numbered 68. In ’56 and ’57, Scott was a competitor at several area tracks including Coon Road in Westfield, Van’s Speedway in Arkwright, Skyline Speedway in Sugar Grove and the fore-mentioned Roll-O-Bowl and Sulphur Spring tracks. In 1958 he bought his first late model from Emory Mahan, a 1955 Chevy in which Emory had won the first-ever race at Stateline. The number 3 first appeared on Jim’s cars in 1960 when he drove for Smokey Branchard. Jim’s first late model win apparently occurred in a 100-lapper at Stateline in 1964 when he was driving a Pontiac GTO. But a controversial scoring recheck took the win away from Scottie and gave it to Chuck Piazza.

His first official late model win came in 1966 at Eriez and after that his career took off. As Jim commented, “It took me a while to learn how to win, but once I did, it got a whole lot more fun.” Jim won 16 late model races at Stateline and 13 more at Eriez in his driving career that lasted through 1976. He was especially good in longer distance races winning 10 races of 50 laps or more.

Jim was one of the very few drivers in the history of Stateline Speedway to take his talents to the ARCA and USAC stock car circuits. He raced in nearly 20 ARCA and USAC races between 1966 and 1975. Among the tracks on which he competed were Daytona, Talladega, Pocono, Milwaukee, DuQuoin, Springfield, Salem and Trenton. Jim was enshrined in the Warren County Sports Hall of Fame in 2008 in recognition of his outstanding racing career. Scott’s passion for racing continued following his retirement as an integral figure in the racing careers of his sons, David and Chevy, and his grandsons, Ryan, Kyle and Wyatt. And then at an age when most others are kicking back and taking it easy, Jim and his wife, Jean, purchased Stateline Speedway in 2015 and immediately orchestrated substantial improvements to the facility. Observers remark that Jim is one of the hardest working men in the race business. Jim Scott is a man who has lived and breathed racing for over six decades. His accomplishments as both a driver and a track owner are impressive. But when asked what his legacy is, he responded, “It’s not about me. It’s about my children, my grandchildren and my great-grandchildren.”The movie, written and produced by Randy Anderson, Greg Peterson and Randy Sweeney, highlights the prolific stock car racing achievements of one of the most popular and accomplished personalities in the 60+ years of Stateline Speedway.

For more information on the documentary, contact the Warren County Historical Society at (814) 723-1795, warrencountyhistory@aol.com, or stop by 210 Fourth Avenue, Warren, Monday through Friday from 8:30 a.m. to 4:30 p.m. 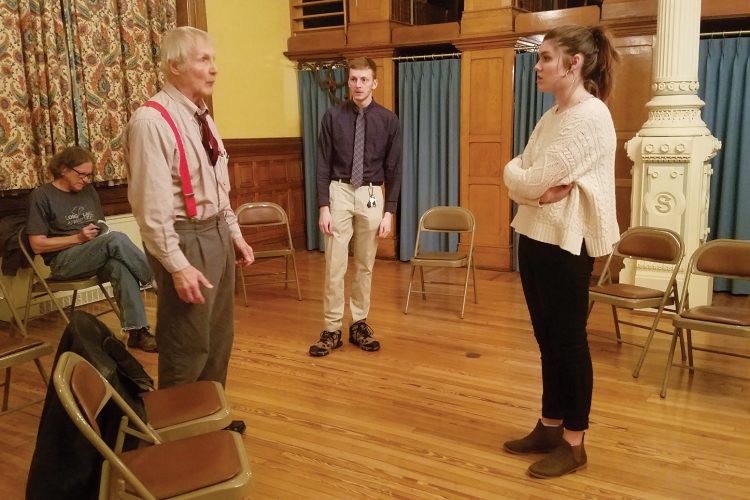