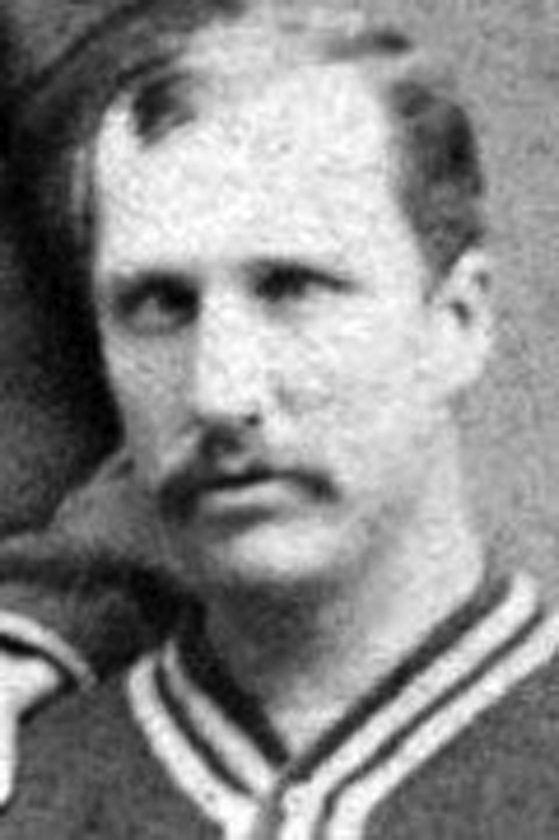 Photo from baseball-reference.com Archibald “Al” Hall played for the Troy Trojans and Cleveland Blues. A catastrophic injury ended his career and he died at the Warren State Hospital just five years later.

It should come as no surprise to the readers of this space that I have an interest in old baseball, especially the 19th century.

Well, I found another county connection to a player from that era.

But this is a decidedly sadder story and includes a gruesome injury, alcoholism, and a young death at the Warren State Hospital. I guess I gave away the end of the story, but stay with me anyway.

Archibald “Al” Hall was born in Worcester, Mass. It isn’t known when.

The book “Major League Baseball Profiles — 1871-1900” skips ahead to the beginning of Hall’s baseball career. 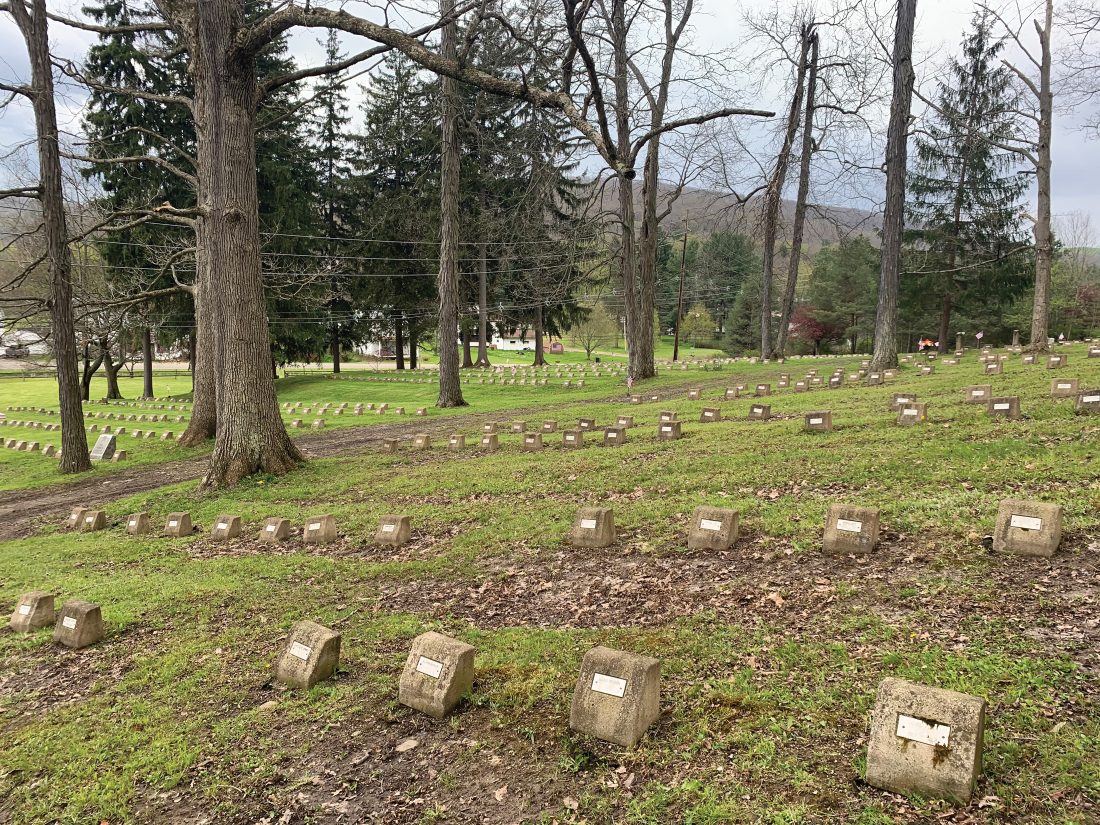 Times Observer photo by Josh Cotton Hall isn’t listed among those buried at the Warren State Hospital Cemetery but that possibility can’t be entirely excluded since there’s no record of where else Hall might be buried. The cemetery was established in 1881 so the possibility does exist.

“In 1876, Al Hall was living in Oil City, Pa., and playing for independent Syracuse,” they report. “The following year, he returned to the Stars and customarily played CF beside Pete Hotaling, who three years later would be beside him again on the most fateful day of his life. In 1878 Hall left the Stars to join London, Ontario of the International Association and subsequently was signed by Troy in 1879 after it was granted a NL franchise.”

Call it an expansion team, but Hall found himself in the major leagues. And, as an aside, that “NL” is the National League that currently makes up half of Major League Baseball.

The text notes that “Apart from Ray Chapman, few ML players have had their careers end on a more tragic note.”

Ray Chapman, a Cleveland Indians shortstop, was hit in the head by a New York Yankees pitcher in 1920 and died 12 hours later (this was well before batting helmets became required equipment). 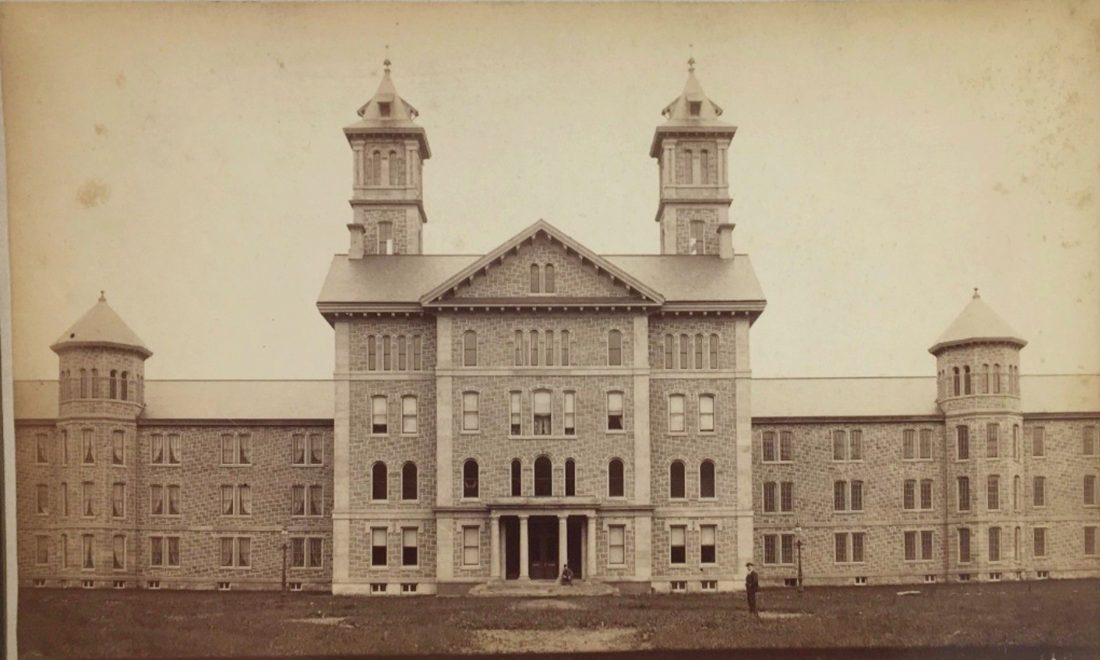 Public domain photo The main building at the Warren State Hospital was completed in 1882 though the hospital had opened two years earlier.

Expansion teams typically struggle and that was the case of the 1879 Troy Trojans, who finished the seasons just 19-56.

He spent all but four of those games in centerfield for the Trojans.

In an age where defense was evidently much rougher around the edges, baseball-reference.com indicates Hall committed 27 errors in 667 games AS AN OUTFIELDER. He did have 18 assists and converted three double plays so that’s something.

For reference sake, there were no outfielders in the top 44 in errors committed last year across Major League Baseball.

Hall joined the Cleveland Blues, also a National League squad, in 1880 and played just three games before his career was brought to an abrupt halt.

“On May 13, 1880, Cincinnati’s Jack Manning led off the game by skying a lazy fly ball to left center. Hotaling, in LF for Cleveland, called for the ball, but Hall, in CF, failed to hear him and the two collided. The New York Clipper wrote ‘both bones in Hall’s right ankle were broken clean off halfway between the knee and ankle.’

“After his leg was crudely splinted, Hall was carried off the field in a make-shift litter and taken by ambulance to Cincinnati Hospital at his own expense. As was the custom in 1880, Cleveland owner John Ford Evans cut off Hall’s salary once he was disabled and obliged him to pay his own hospital bill. Cleveland and Cincinnati players proposed playing a benefit game for Hall but postponed their plan when Evans refused to attend it, purportedly protesting, ‘I have to go to a champagne breakfast.’ Nevertheless, a benefit game eventually took place on May 17 and netted Hall some $500 toward his medical expenses.”

Reports indicated Hall was on crutches just a couple weeks after the injury and there was periodic optimism about a full recovery but that never happened.

“Hall never played again and died less than five years after his career-ending injury in a Warren, PA, insane asylum to which he was committed for being delusional and an acute alcoholic.”

That asylum was the Warren State Hospital, created by the General Assembly in 1873, according to the book Hidden History of Northwestern Pennsylvania. Construction started the next year and the facility was dedicated in 1880.

“Over time,” that text states, “insanity has been defined by a range of behaviors including repeated actions, talking to invisible beings and even idleness, poverty and bad luck.”

The first patient was admitted in 1880 and grew quickly the following year due to a fire at another state hospital and overcrowding appears to have been a challenge from the beginning.

The text cites an 1896 report that identifies most patients as laborers, farmers or their wives.

“The most common reasons for insanity were attributed to epilepsy, intemperance, ‘ill health’ and ‘trouble.'”

Where Hall is buried is unclear. He is not listed among those buried at the state hospital cemetery up Jackson Run Rd. though there appear to be some inconsistencies in that cemetery which would not preclude the possibility that he’s buried there.