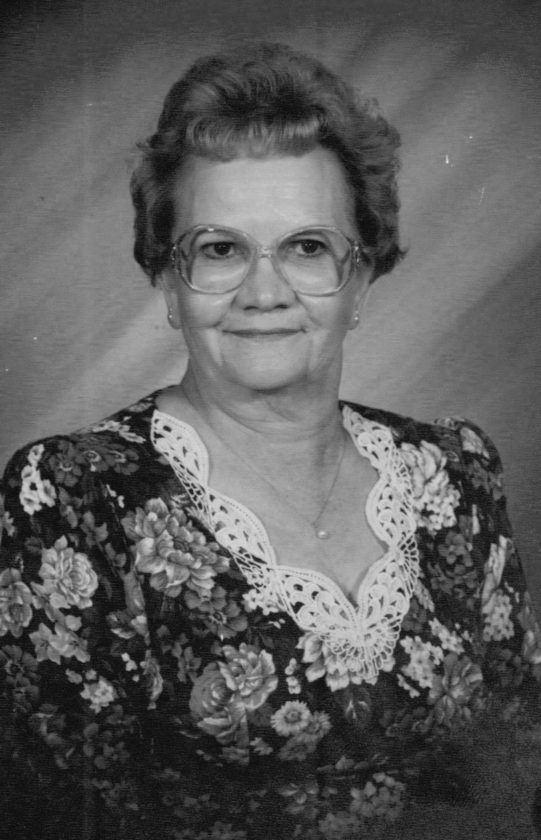 Anita helped her grandparents making beds, and ran errands for her father’s auto body shop. She graduated from Warren High School in 1954 and then entered WCA Nursing School, earning her RN license. She worked at WCA hospital for several years and then started working at Warren State Hospital in 1970, where she later became the head of the adolescent unit, from which she retired in 2000.

A devoted grandmother, Anita participated in the lives of her grandchildren as much as possible. She was a member of the Eastern Star, and worshiped at the First Lutheran Church in Warren.

In addition to her parents, Anita was preceded in death by her grandson, Sgt. Bryan Smith, and granddaughter, Willow Smith.

Members of the Youngsville Eastern Star will conduct funeral rites at 7 p.m. on Friday night

The funeral will be held at the First Lutheran Church, 109 W. Third Ave., Warren, on Saturday, October 21, at 11 a.m., with The Rev. Jeffrey Ewing, pastor, officiating.

Burial will be in Warren County Memorial Park. In lieu of flowers, those wishing to make a memorial contribution should consider the Wounded Warrior Project PO BOX 758516, Topeka, KS 66675 or online at www.woundedwarriorproject.org/donate.