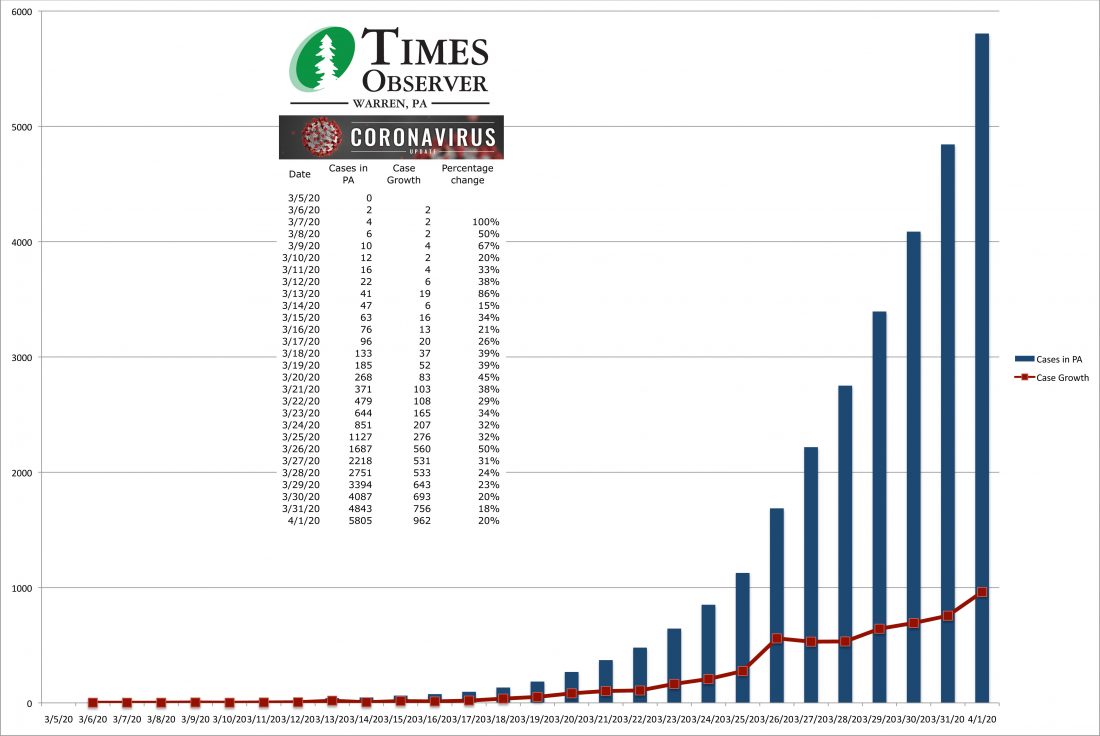 Nearly 1,000 new cases of COVID-19 were announced by the Department of Health on Wednesday.

Health Secretary Dr. Rachel Levine said during a Wednesday briefing that there are 962 new cases bringing the state-wide total to 5,805.

The death toll has climbed to 74 and “all of the deaths have been in adults,” she said.

“I understand that staying home is not easy,” she said. “This (stay-at-home) order is not just to protect ourselves… but it protects those on the front lines.”

Doctors, nurses, police, fire and EMTs “need us to do this,” she said.

Should more people be being tested to potentially have a more accurate number of total cases?

“We do not have the capacity to do population-based testing and tes asymptomatic individuals,” she said, suggesting no laboratory in the country has that type of capacity now.

“We are seeing… community spread throughout the Commonwealth,” she said. “The most important thing as we’ve been saying — please stay home.”

There is one case in each of the following counties: Warren, Cameron, Huntingdon, McKean, Mifflin and Perry.