Photo provided to the Times Observer A survey image of the then Borough of Warren in 1900, where Grant St. fell just outside the borough limits. Stone survey monuments are denoted in several places.

Times Observer photo by Josh Cotton This survey monument is located at the corner of Market St. and Second Ave. 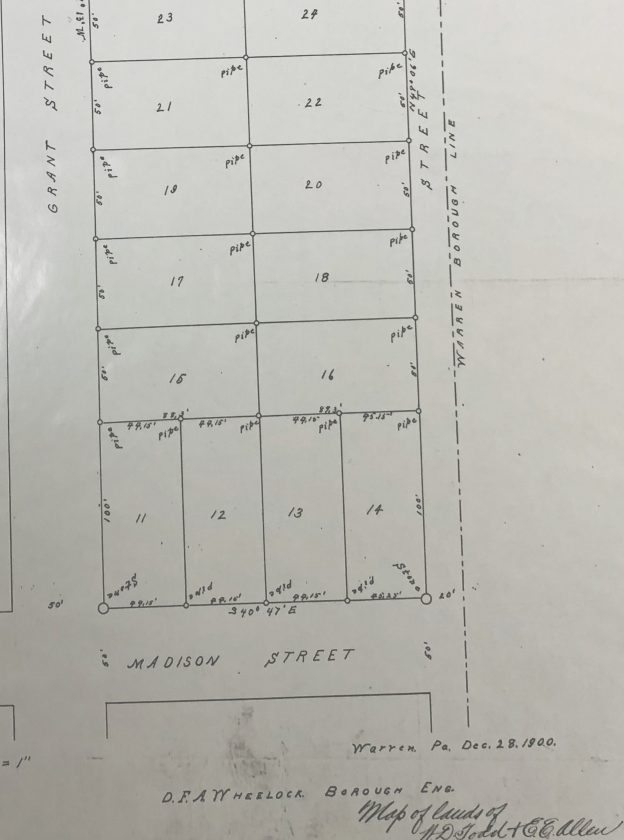 Photo provided to the Times Observer A survey image of the then Borough of Warren in 1900, where Grant St. fell just outside the borough limits. Stone survey monuments are denoted in several places.

With the knowledge that historical survey markers throughout the city carry some practical and current significance, what should be done to preserve what remains?

For example, what if you find one in your yard?

“These monuments are best left alone,” Joe McGraw, a local surveyor and president of the Northwest Chapter of the PA Society of Land Surveyors, explained. “Although if you see a land surveyor in your neighborhood you can inform them of its presence or if you see there is construction work, utility work, etc. being done near the street right-of-way it is in your best interest and the public’s to notify whoever is doing the work and make them cognizant of the fact there is an important survey monument located there.”

Todd Hendricks, a local surveyor, noted that “some of them are obvious” in terms of location but cautioned that others sit flush to the ground.

He spoke about the importance of starting “to locate them and actually publish that data with the city” because if contractors “disturb them, (we’re) better ripping them out.” 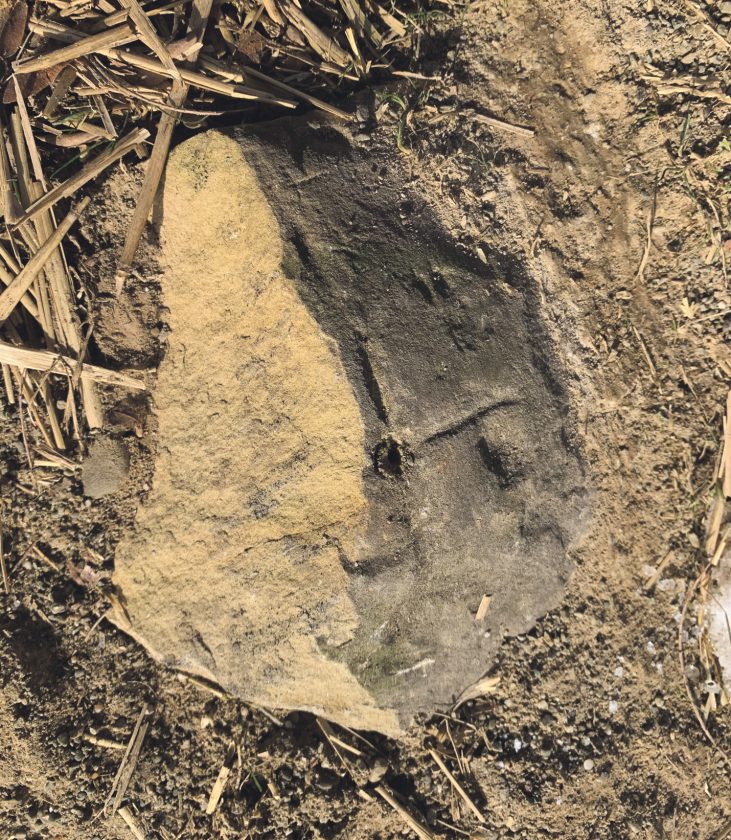 Times Observer photo by Josh Cotton This survey monument is located at the corner of Market St. and Second Ave.

A group of surveyors raised the issue with city staff and in a letter to the city called for “a yearly dollar amount in the city’s budget to survey and document the geographic location of these historical survey monuments….”

They also recommend that the city require a survey in advance of construction work “to help avoid destruction or disturbance of said survey monuments.”

City Manager Nancy Freenock said the city was “unaware that the monuments were being removed until Mr. McGraw brought it to our attention.

She outlined steps the city will be taking to document where these monuments still exist.

“Ken Hinton from the Codes Department will be making note of existing monuments when he does sidewalk inspections,” the explained. “The City is in the process of hiring a summer intern and one of his tasks will be to geolocate and map survey markers that are visible from the sidewalk.”

In addition, there are some laws on the book designed to protect these monuments.

City code states that no one “shall in any manner interfere with or meddle with… any stake, post, monument or other evidence of any elevation, grade, line location, corner, or angle in the City Warren placed… or be caused to be done by the authority of said City in any survey or in any street….”

The penalty for such a violation is a maximum fine of $600 and a jail term of up to 30 days if one defaults on paying the fine.

Unsurprisingly, destroying a survey monument is also against state law. It’s a summary offense when someone “intentionally cuts, injures, damages, destroys, defaces or removes any survey monument or marker, other than a natural object such as a tree or stream,” per the code.

The offense jumps to a misdemeanor when someone “willfully or maliciously cuts, injures, damages, destroys, faces or removes any survey monument or marker in order to call into question a boundary line.

State law also specifies that any conviction under this section makes the defendant “liable for the cost of the reestablishment of permanent survey monument or markers by a professional land surveyors….”

McGraw explained that it’s not always possible to replace a monument that has been moved and that surveyors make that decision on a case-by-case basis based on what information is available.

“Although there is a lot of surveying and mapping information recorded in the local Warren County Courthouse,” he said, “the majority of survey records and mapping are in the possession of private surveyors and landowners not typically available to the public.”

This is the last day of a series of stories about survey markers in the City of Warren.