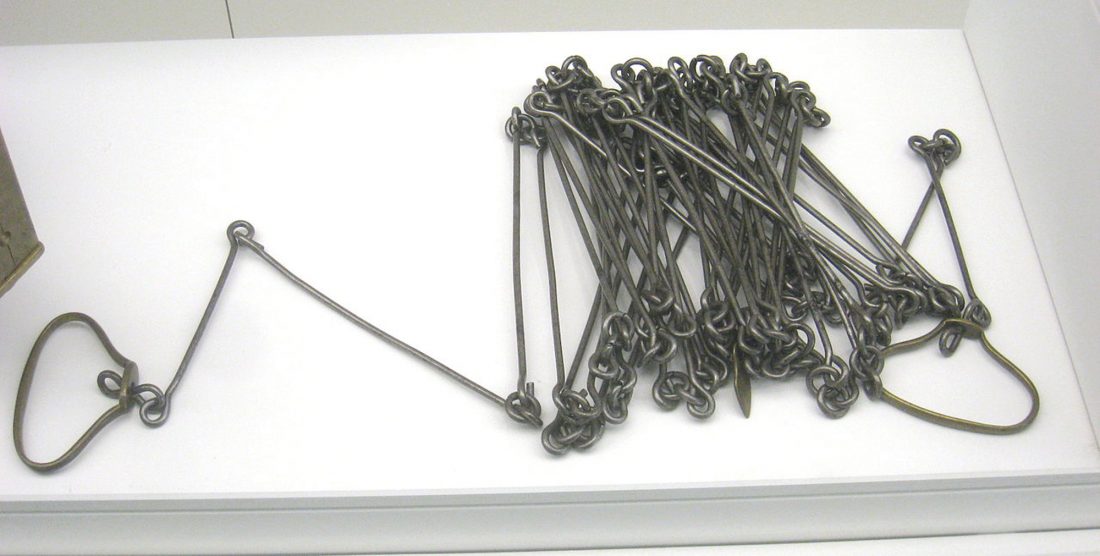 Modern day surveyors have it easy.

In the 1880s, surveyors were probably using Gunter’s Chain to make their measurements.

Ten chains (660 feet) is a furlong and 80 chains add up to a mile. An area one furlong in length and one chain wide is an acre. A square chain is one-tenth of an acre.

The measure of the links allowed surveyors to work with the English system. The number of links allowed for convenient use of decimals.

When the surveyors who laid out the City of Warren were working, they might have been using equipment a step up from Gunter’s chain, according to Surveyor Joe McGraw, president of the Northwest Chapter of the Pennsylvania Society of Land Surveyors.

Long tapes took over for chains.

Cloth tapes reinforced with copper wire to prevent stretching were used, but steel tape or Invar tape — made with a steel alloy — were better.

Surveyors would use transits to measure angles, both vertically and horizontally.

A transit is basically a telescope attached to equipment that shows angles, sitting on a tripod.

With the distances from the tapes and the angles from the transits, the surveyors were ready to use brain power.

“They made computations with coordinate geometry and trigonometry,” McGraw said. “Back then you had trig tables where you looks up your angles. You’d get a lot of hand calculations.”

Exactly what methods were used could be of interest to surveyors who came along later.

“Surveyors were always trying to retrace the original surveyor,” McGraw said. “A lot of surveyors would note in their notes what they were using. You’d want to take a look at the notes.”