The township of the goats 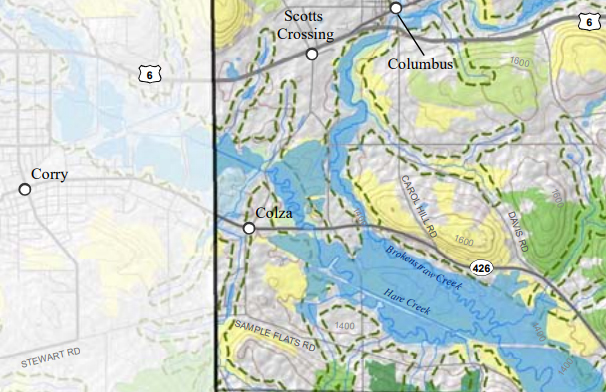 There’s some kind of significance behind all of our names.

Whether it was a family name or our parents liked the meaning of the sound of a name, names carry significance.

We hope, though, that your name means more than “goat,” (unless, of course, you’re using it as an acronym for the greatest of all time).

Unfortunately, for a relatively un-defined area of Columbus Township, “goat” is the meaning.

Colza was identified in an article on Warren County place names as a “small settlement in the southwest corner of Columbus Township very near the Erie County line.”

Here’s the story from that source: “Years ago a Serbian raised goats on a farm at this location; he milked the goats and sold the cheese to workers in the nearby tannery. In the Serbo-Croatian language the word koza means goat, which in general pronunciation sounds like colza.”

In the railroad years, there was a stop at Colza known as Colza Junction.

Some of these place names are almost beyond belief but there are a number of officials records that give credence to the “Colza area,” if you will.

Of the top, there’s Google maps which recognizes the general location (though doesn’t specify the precise location) of Colza.

Colza can be found in the 1911 session of the Laws of the Commonwealth of Pennsylvania when the General Assembly identified a “Route 88.”

They described it like this: “From Erie to Warren – Commencing at a point on the boundary line of the city of Erie, and running by way of Wattsburg, Elgin and Corry to a point on the dividing line between Erie and Warren counties; thence by way of Colza, Columbus, Freehold, Pittsfield, Youngsville and Irvine into Warren, Warren County.”

From the description, it appears to be referring to Rt. 89 in Erie County and then U.S. 6 in Erie and into Warren County.

The Official Guide of the Railways and Steam Navigation Lines of the United States, Porto Rico, Canada, Mexico and Cuba, published in the early 20th century, indicates Colza was a railroad stop at that time.

Other than Google, a current professional delineation of Coltz can be found in the county’s 2009 Natural Heritage Inventory.