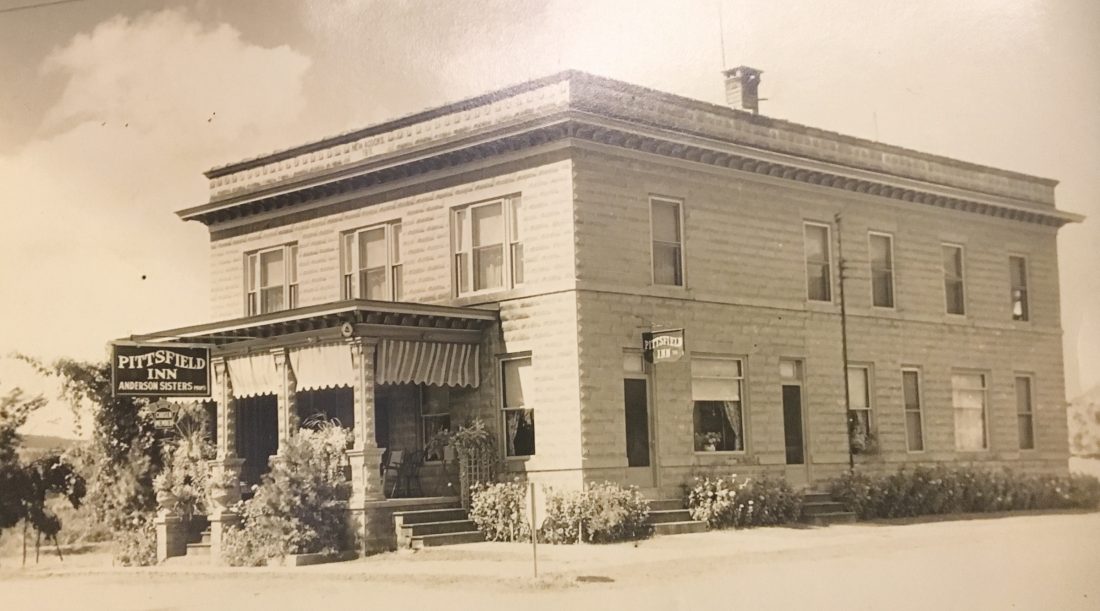 We have a township named after a municipality in Massachusetts.

Created from the old boundaries of Spring Creek and Brokenstraw townships, the township was created in 1847 and, according to Schenck’s History of Warren County “derived its name from Pittsfield, Mass, from which a number of the most prominent pioneers emigrated hither.”

Early lumber – and the convenience of easy transportation along the Brokenstraw Creek – brought people to the township much earlier than the 1840s.

“The first settler on the territory now comprised within the limits of Pittsfield township was certainly Robert Andrews; at least, he was the first one who settled here with an idea of remaining, and the first who did remain any length of time,” Schenck learned. “Several years previous to the dawn of this century he came across the Ohio River from Wellsville, O(h)., and thence to the mouth of Little Brokenstraw Creek, where he erected either the first or second sawmill in Warren county….”

The origins of Pittsfield proper can be traced to the Dalrymple, a Connecticut family who came to the area well before the 1830s.

Schenck notes that Clark Dalrymple about 1812 or 1813 “bought a hundred-acre piece of land a mile east of Irvine, on which he built a large house for a hotel. He afterward rented this property to Luke Turner. Meantime Mr. Dalrymple, who was nothing if not speculative, and whose enterprising mind was eager to reach out in all directions for business, had purchased the farm including the present site of the Pittsfield House, and in 1829 moved here with his family. He confined his attention to the clearing and cultivation of this farm until 1832, when he built the first (story and a half) hotel on the site of the present hotel, and began to entertain travelers for a consideration.

Dalrymple’s daughter, Julia, married James L. Acocks, who in the late 1830s bought the hotel property and moved there. It burned in 1853 but was subsequently rebuilt.

Her husband was instrumental in bringing the post office to Pittsfield and he and his father-in-law “laid out the village into lots,” Schenck wrote. “Previous to the naming of the post-office by Mr. Acocks, the village was universally known as ‘The Corners.'”

Julia managed the Acocks Hotel well after her husband’s death. An iteration of that property remains, situated on the bank of the Brokenstraw.