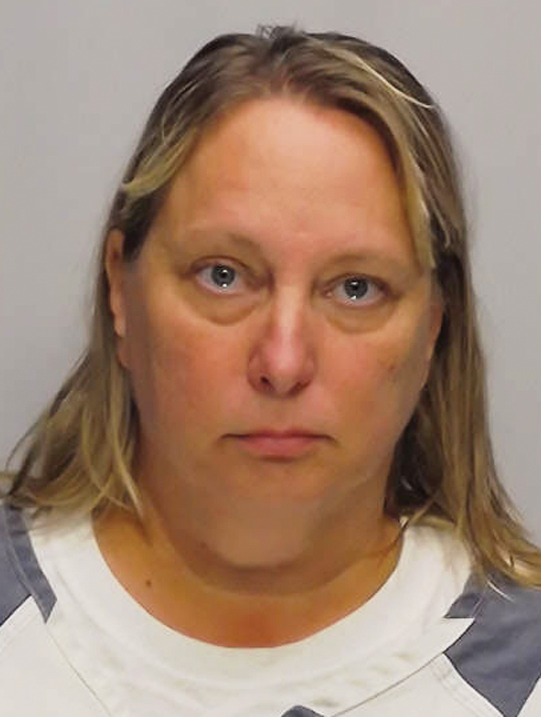 The woman who stole from accounts at Warren County Christian School while employed there over a period of seven years will spend months in Warren County jail and pay back restitution that could amount to $157,000.

Bethany J. Kelley, 56, of Tidioute, was sentenced to nine months to two years minus one day in Warren County jail — eligible for early re-entry and work release, restitution of $157,291.95, a $1,000 fine, $625 in fees, no contact with the victim, and 50 hours of community service; on the lead charge of felony access device fraud, and 15 years of probation and 250 more hours of community service for five additional felonies — two additional counts of access device fraud and three of forgery.

“First, I’d like to apologize again to Warren County Christian School,” Kelley said. “I used my position for my own gain and betrayed the trust that they had given me.”

She said her goal is to make restitution and that “it will take me many years to restore the trust that I have betrayed.”

A man who had children in the school during the time Kelley was stealing from it spoke on her behalf.

“Her influence on my three sons cannot be measured in dollars or in time,” Thomas Jones said. “We don’t in any way condone what Ms. Kelley did, but we still very much support her.”

He said he was willing to offer her full-time employment at his place of business.

He said Kelley had a “seven-year pattern of stealing repeatedly from the Christian school in a variety of different ways.”

He said he was confident that some of the families who paid to send their children to the school didn’t do it exclusively because of the element of Christian education.

“A lot of them looked at it as a bubble” that would protect them from some of the problems of “the outside world,” Hammond said, “a place they could send their kids with some peace of mind.”

“You popped that bubble for them,” he said.

“Some of these parents aren’t ever going to get their money back,” Hammond said. “You might as well pick their pockets.”

He said those families probably expected the school to be a place where students would learn about “treating others with respect, fairness, putting other people’s interests before your own.”

From Kelley’s actions, “they learned a pretty nasty lesson in reality,” Hammond said. “These students… your betrayal of them is profound.”

Kelley’s attorney, Neil Rothschild, said he disputed the amount of the restitution, saying he expected the final amount to be between $90,000 to $110,000. He also said she had brought a check for $3,000 to court Friday in order to pay down the restitution.

Hammond said the restitution issue could be handled at a separate hearing, but “When you take $90,000 to $110,000 from a small school… kids are going to be impacted.”

“What did these kids go without all this time?” he asked. He listed several likely possibilities, but said, “Who knows?”

He said the leaders of the school have not been able to give their full attention to educating students because of her actions.

Rothschild asked the court to consider that Kelley had not waited until she was caught to come clean. “She didn’t get caught in the act,” he said. “She brought it to the board.”

Hammond interrupted Rothschild at that point, citing the affidavit of probable cause.

He said the board became concerned at a meeting in January 2018 after discovering that “a sum of $20,000 was missing.”

“It seems to me this January 2018 meeting isn’t ‘coming forward,'” Hammond said.

Rothschild said the self-reporting took place prior to the meeting.

Hammond later asked Kelley if she self-reported stealing from the school for seven years when she ‘came clean.’

She said that she had not.

“It looks to me like the cat was out of the bag and that was when a partial confession was made,” Hammond said.

He said an impact statement submitted by the school indicated that the view of the school — by both families within it and the community at large — had been negatively impacted, enrollment was down, volunteerism was down, costs were up, the school had to cancel a liability insurance agreement, and the school’s reserves were drained.

“I certainly hope the Christian School rallies from this,” Hammond said.