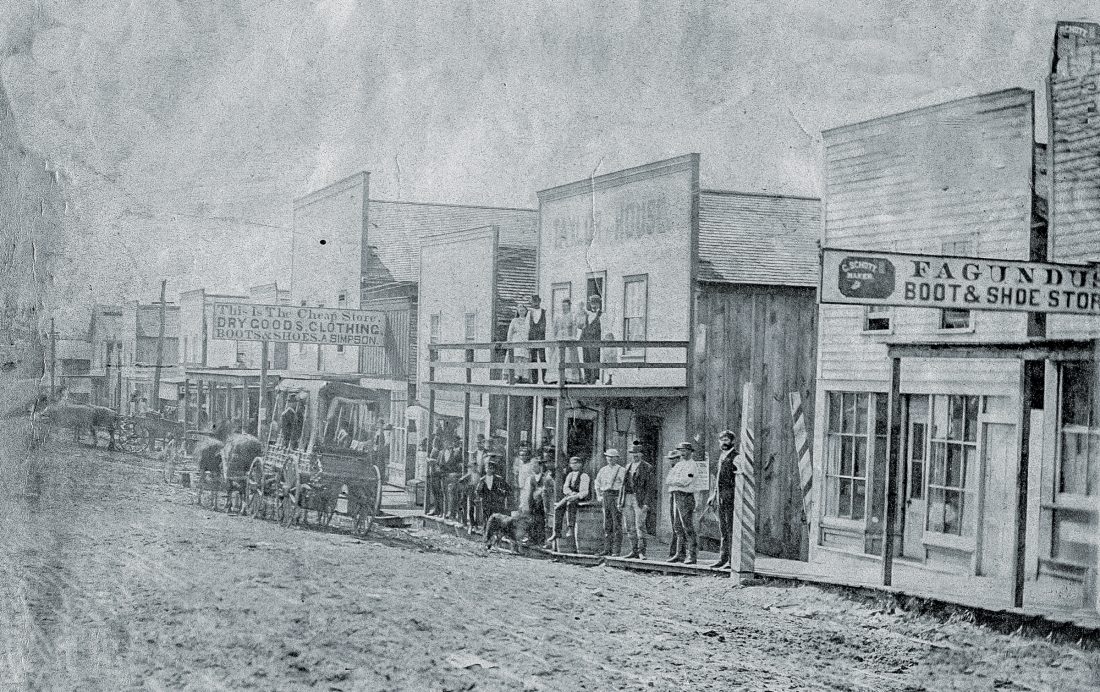 During the 1860s, a little while after oil production saw other towns in the area begin to grow, Fagundus loomed up in the extreme southern part of Deerfield Township. The town was named after early settler Charles Fagundus.

For a while, Fagundus was a flourishing banking town but it met the same fate of once bustling oil towns. Now called a ghost town compared to the days of the oil boom, it straddled the Warren-Forest county line in Triumph Township.

The Fagundus City Press newspaper was established in October 1870.

According to “History of the counties of McKean, Elk and Forest, Pennsylvania”, Fagundus City became a prominent business center, and continued so until destroyed by the fire of May, 1874. It’s said that 45 business houses were devoured in two hours, the loss being estimated from $60,000 to $90,000.

On May 1, 1870, the Venture Well struck oil on the Fagundus farm and was yielding 175 barrels a day, according to research from the late Ernest C. Miller. William H. Calvert was the projector of the well which was 800 feet deep. A major oil boom followed and the town grew to sizable proportions. In June of the same year, five men (the Fisher Brothers, S. M. and J. L. Grandin, and Adnah Neyhart) bought five-sixteenths interest in the Fagundus farm for $100,000 in cash. Fagundus reserved his house and a one-sixteenth interest.

E.B. Grandin maintained his home in Tidioute since 1870, until his death in 1938. He and his family spent the winter months in Washington, D. C.

Old Home Day At Fagundus was held on Aug. 7, 1956, according to an article in The Derrick (Oil City-Franklin-Clarion, PA) newspaper.

Descendants of Fagundus were recognized.