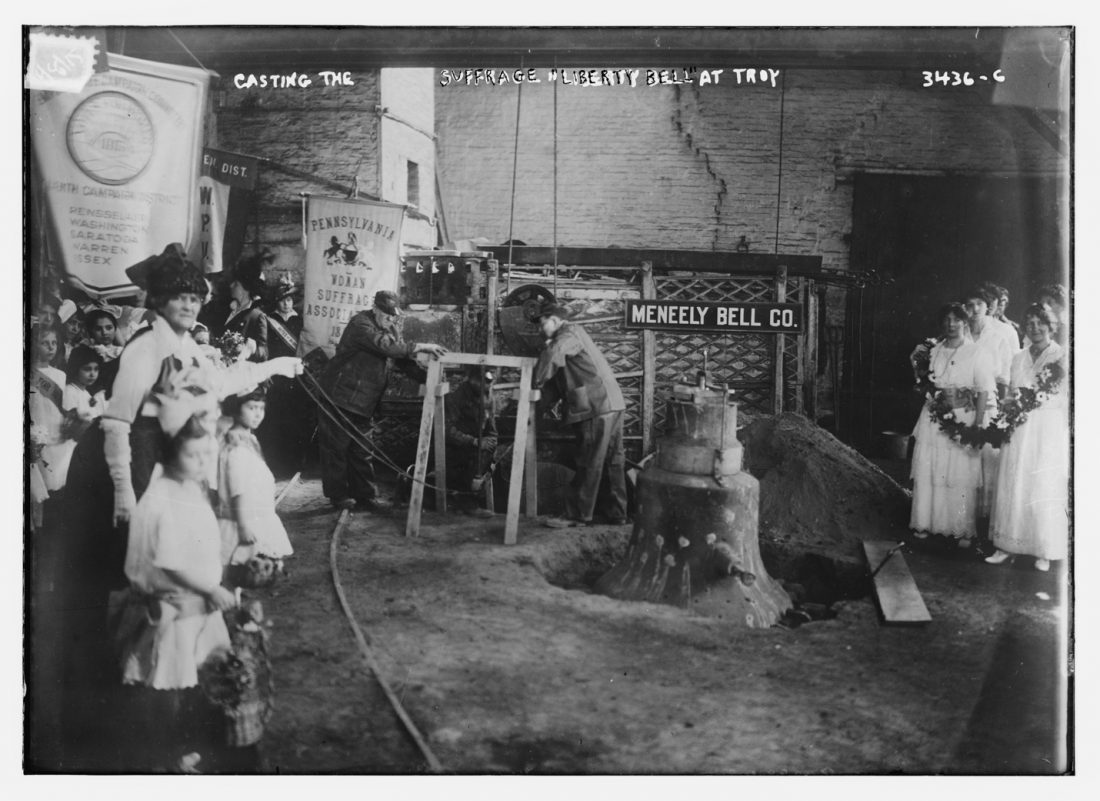 Library of Congress photo The casting of the Suffrage Liberty Bell, or Justice Bell, which toured throughout Pennsylvania – Warren County included – with its clappe chained, representing the silencing of women by the denial of their right to vote.

The bells at the Warren County Courthouse will ring 19 times for the 19th Amendment at an event slated for today at noon.

The county and Warren County Historical Society have come together to hold a Suffragette Centennial Celebration on the courthouse steps.

The event will include the reading of a proclamation, as well as statements from local elected officials regarding the importance of participation in the political process by all citizens, according to a statement from the county.

“Voting is one of our fundamental civil rights, and women suffered greatly to earn the right to do it,” Lisa Rivett, Warren County Director of Elections said in a statement. “Women died. They were beaten, jailed, and intimidated for demanding equal participation in the nation’s political process.”

In 1915, the county’s statement indicated, the Justice Bell – commissioned by Katherine Wentworth Ruschenberger and cast by the Meneely Bell Foundry in Troy, N.Y. – was mounted onto a truck bed and toured through each of Pennsylvania’s 67 counties with its clapper chained, representing the silencing of women by the denial of their right to vote.

“This June 24,” Commissioner Ben Kafferlin said. “Warren County will ring its bells for all to hear.”

He said that those who attend are “encouraged to bring a picnic lunch to enjoy on the courthouse lawn.”