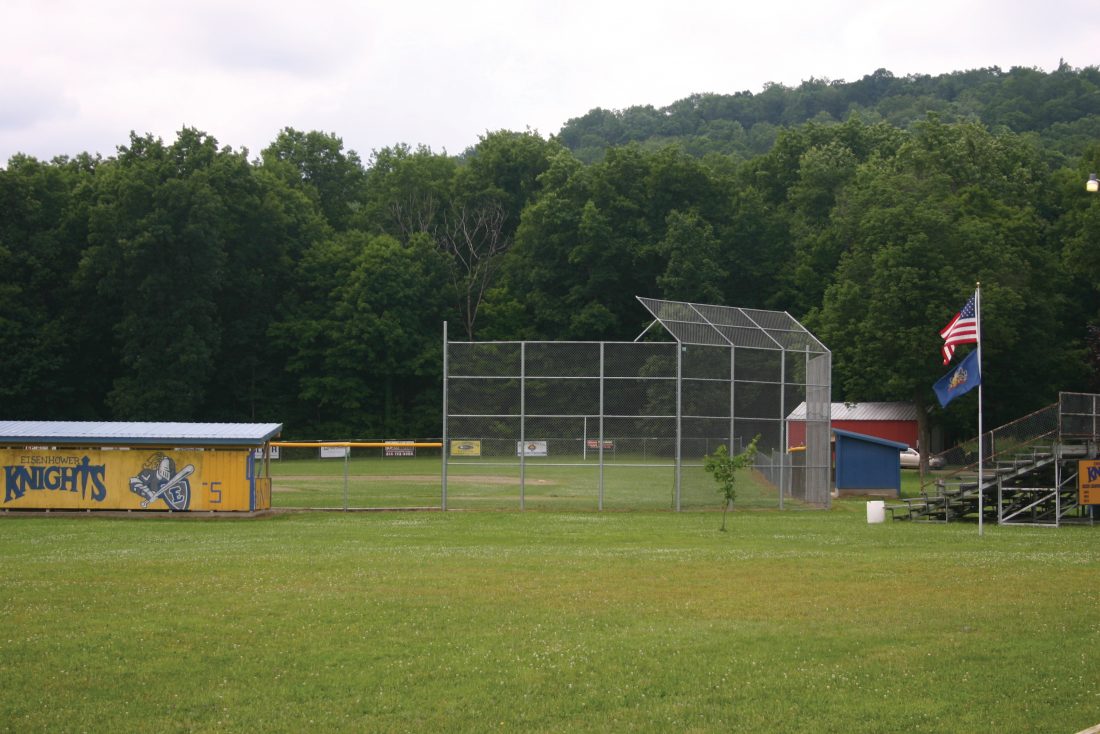 There is a diamond in our midst that perhaps many of us are not aware of.

In fact, there are four diamonds — referring to Werner Park along Rt. 62 in Russell.

Werner Park has been an important part of Russell and Pine Grove Township since the project was initiated by Carl Werner on his property along Rt. 62, south of the center of Russell, in 1960.

Werner and three dozen Russell men, aided by Chan Ellberg and his bulldozer, cleared brush and prepared a ball diamond.

The Ladies Auxiliary of the Russell Volunteer Fire Department purchased wire for the backstop. 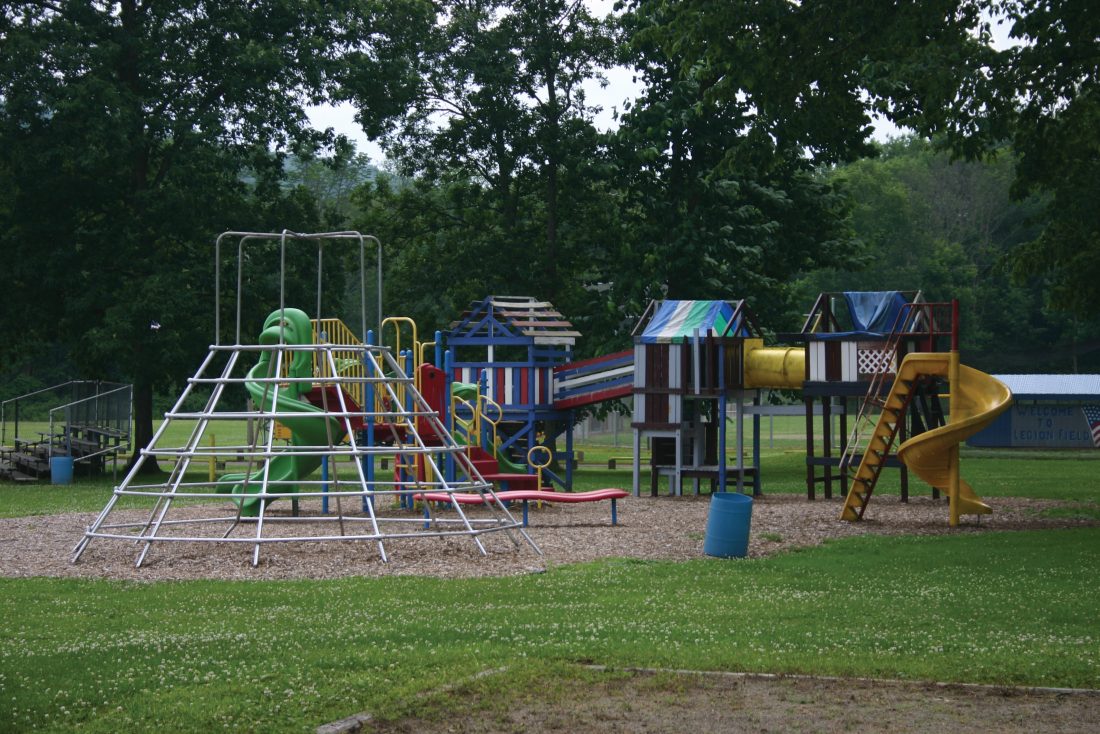 The first teams to play on the newly constructed ball field were the Brown Mill Lumber and the Youngsville Courier teams in 1960.

On April 5, 1961, Carl and Neva Werner donated the 56-acre site, now known as Werner Park, to the Russell Volunteer Fire Department to provide a place for the youth of Pine Grove Township to play organized baseball. This first field was named “Fireman Field.” Today, the Eisenhower girls softball team plays on this field.

The second field to be constructed was “Legion Field,” at the back left of the property when viewed from Route 62.

In 1997, the Eisenhower Baseball Boosters contacted the Russell Volunteer Fire Department to see if they could help with the construction of a home field at Werner Park. Collaboration between the Fire Department, the Werner Park Committee and the Eisenhower Baseball Boosters resulted in a renovated baseball diamond. The backstop was moved from the east to the west end of the diamond and the bases were extended to 90 feet. Sugar Grove Legion Post 758 donated money to help build the field. A grant from the Pennsylvania Department of Conservation and Natural Resources was used to build the blue pavilion with a concession stand. The grant also permitted installation of water and electricity to all of the fields; Daryl Michaels dug the pitches for water and electric.

In 1999, the new “Legion Field” was dedicated. Playing on this field, the Eisenhower baseball team was runner-up in the state championship tournament in 2015.

A third field was constructed in 1975, by Route 62 on the left, and dubbed “Pine Grove Field”; this was built by the Russell Merchants men’s softball team. It is now used by lower-level youth baseball and softball teams.

About 2004, “Jaycees Field” was the fourth field to be constructed. The Jaycees contributed money to construct the field for the Industrial Softball Tournament. This field is located on the far right as you enter the area.

Werner Park is not just a place to play or watch a baseball game. Each field has a covered pavilion associated with it for picnics, weddings, group meetings or family gatherings. Besides the pavilions, there are climbing bars swings and slides to entertain children and a volleyball court and horseshoe pitch.

The local Boy Scouts have had a major impact on Werner Park. Over the years, there have been 13 Eagle Scout projects, which included installation of 1.25 miles of hiking trail, a bridge over a stream and a brick paver project by the pavilion at JC Field, which included the names of each Eagle Scout whose Eagle project was located at Werner Field. Boy Scouts also refurbished a set of bleachers donated by the War Memorial Field. Girl Scouts also have helped with projects at Werner Park. The Octaball (ground dodgeball) court is a recent example.

In 2001, Mike and Jeanne English took on the voluntary task of leadership of the Werner Park project. There are no paid employees. They cut the grass (27 acres of grass cut weekly) and coordinate the repair and maintenance of the trails, ball diamonds, pavilions, climbing bars and swings, rental of pavilions and anything else that needs attention. Mike and Jeanne are quick to give credit to others that help maintain this local treasure with financial or personal help from Russell Volunteer Fire Department, Warren and Eisenhower high school students and personnel, local Boy and Girl Scout troops, the Kiwanis Club, and others.

If you are looking for a fun place for an outing to watch a ball game, have a picnic or take a hike, check out Russell’s Werner Park.

Thanks to Marille Norton and Mike and Jeanne English for help with this article.

The monthly meeting of the ROAR Committee was held at the Russell Township Hall at 6:30 p.m. on July 1.

The Russell sidewalk project has moved ahead with the selection of R&M Concrete to do the work. The 501c3 application also has moved further toward final approval.

It was reported that the craft show at the Akeley United Methodist Church on June 29 was successful; organizers are planning another show in 2020.

ROAR members are planning a “Lantern Walk” for later this summer — more on this later.

Reminder: The Russell Fireworks, that was postponed due to inclement weather in May, will be held Saturday, August 24, at 9:30 p.m. at Larimer Field. August 25 is the rain date.

The township is well into the summer maintenance season. Much of the road maintenance time has been devoted to replacing worn out drainage pipes, road grading, ditch maintenance and mowing of road berms. These activities will continue until fall. Some of the recent severe storms have caused problems with road and street drainage being overwhelmed, resulting in some drainage pipes being undercut by heavy water flow. Also, some residents have experienced problems with the inordinate amount of rainwater we’ve experienced, eroding driveways and lawns. The township road crew is doing its best to address storm-related issues. Oiling and sealing of select roads are on the schedule and likely will be completed in August. Additionally, the Johnny Run bank restoration is on the summer work schedule. Once the necessary permits are received, the township will undertake work to stabilize the bank. This work should help protect homes near the mouth of Johnny Run from possible flooding.

The supervisors have submitted a request to replace 24 more sodium vapor lights with LED ones.

The supervisors are committed to building a combination of salt/storage shed this year. The shed will not only preserve road salt for winter and make it easier to mix with anti-skid, but also provide needed storage space for township road equipment. Plans for the shed have been submitted to Warren County Planning and Zoning with the expectation the plans will be approved within a week or so. Requests for bids will then go out about the end of July with the hope that the contract can be awarded at the August supervisors’ meeting.

The supervisors do appreciate that some property owners whose lawns were very high have now mowed these lawns. There are still some that remain very high and unsightly; so if you happen to own one of these un-mowed lawns, please take the time to occasionally mow it and keep it at a reasonable height.

The starting date for upgrades to the Russell water system continues to be moved. The project was to begin in early July, but the starting date has now been moved to the end of July. The project should take about six weeks to complete. If any house in the area where new water mains will be installed has a lead or iron service line entering the house, the owner will be required to replace the line with plastic pipe. The Municipal Authority realizes this may pose an undue financial burden to some property owners. The Authority will do what it can to obtain financial assistance for those affected by the requirement.

Remember, regular monthly supervisor meetings are the second Wednesday of every month at 7 p.m. in the Pine Grove Township Hall on East Street in Russell. The public is always welcome to attend, and if anyone wishes to address the supervisors, he or she only has to call the township office to be placed on a meeting agenda. Minutes of supervisors’ meetings also are posted on the township website as soon as they are approved by the supervisors. This is usually the month following the meeting. 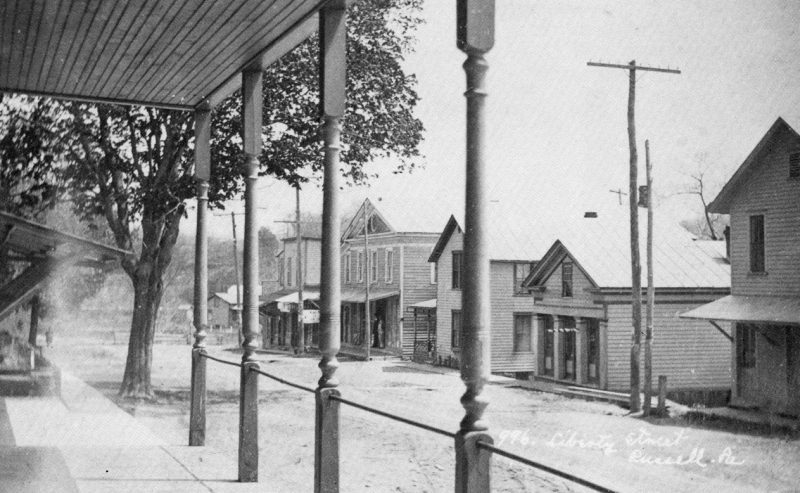 State police at the Warren barracks are seeking information about a van and its driver suspected of possibly more ... 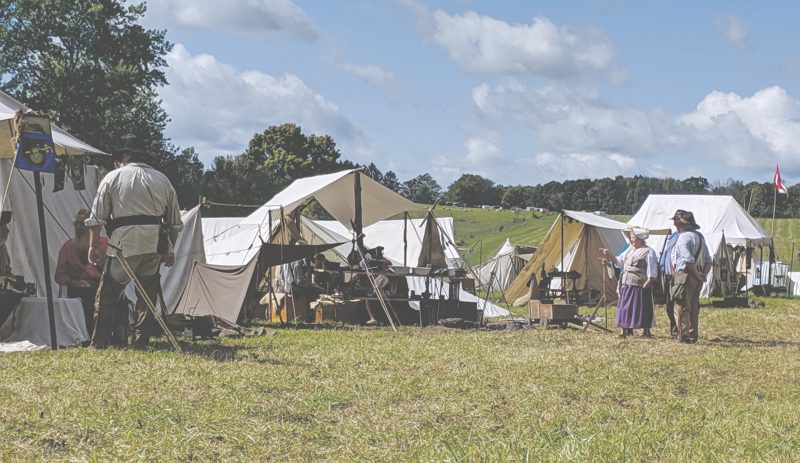 Turning back the clock at the 43rd annual Sugar Grove Rendezvous 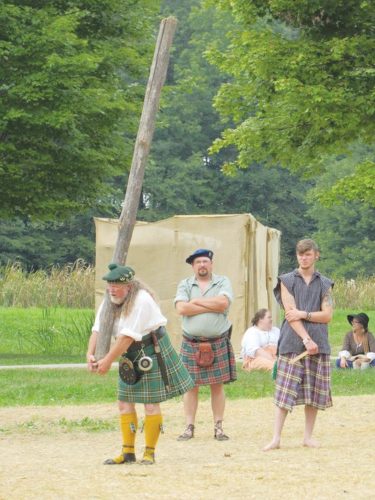 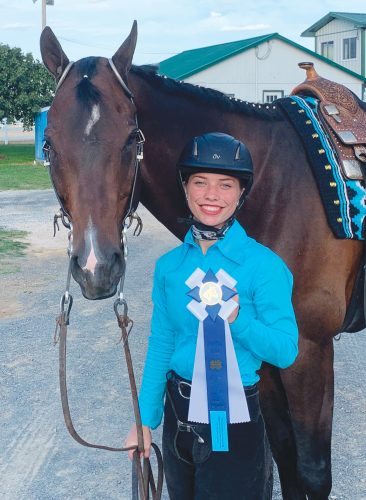 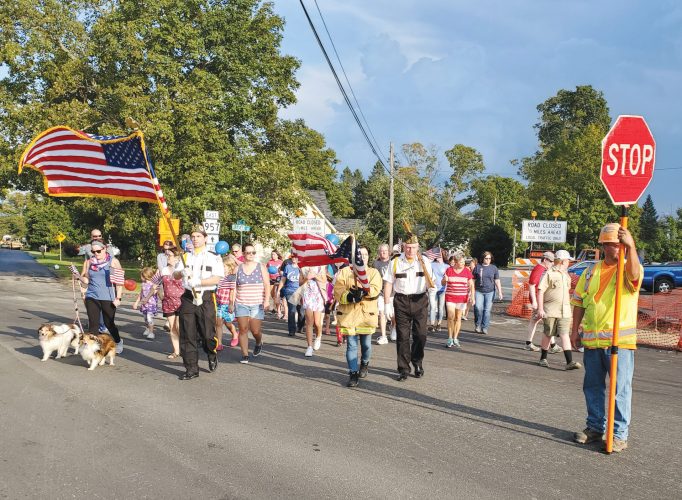