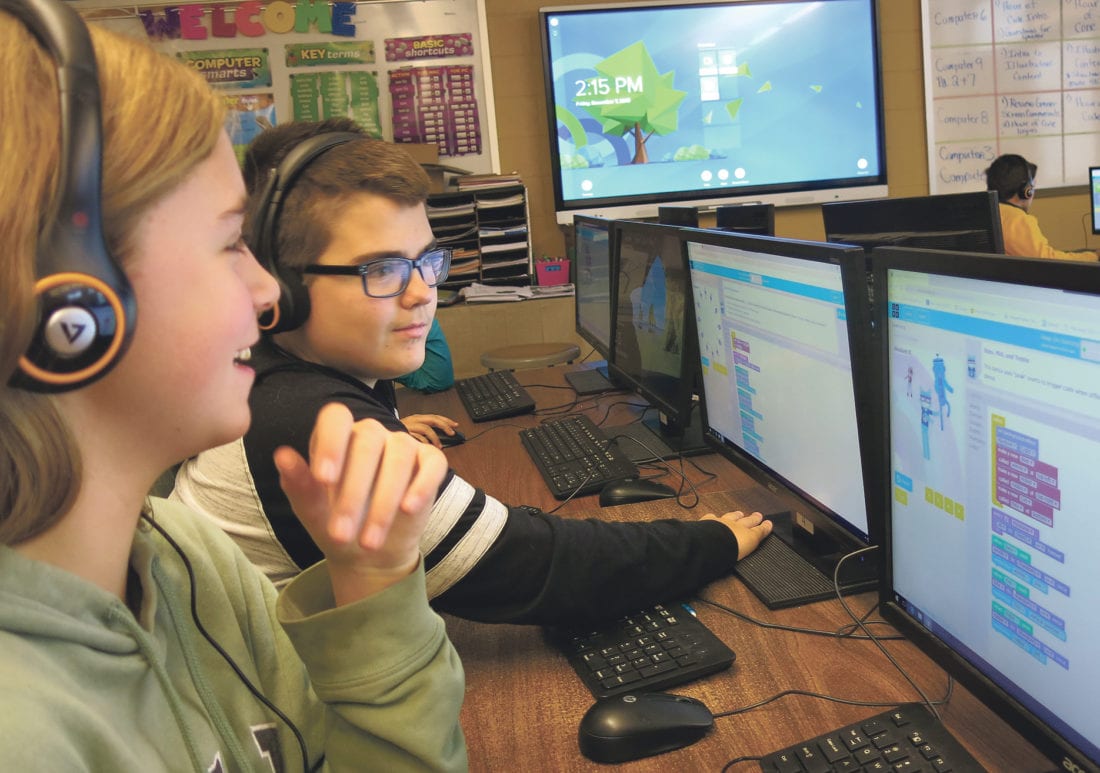 The focus of the Hour of Code is to demystify programming and encourage young people to consider the field.

As a culminating activity, an experienced computer programmer working in the field for more than a decade Skyped the class on Friday and spoke about his experience.

McElhaney introduced Luke Seckar of Unified Industries Inc. of Mechanicsburg as “somebody that actually does every day what you’re doing for a semester.” 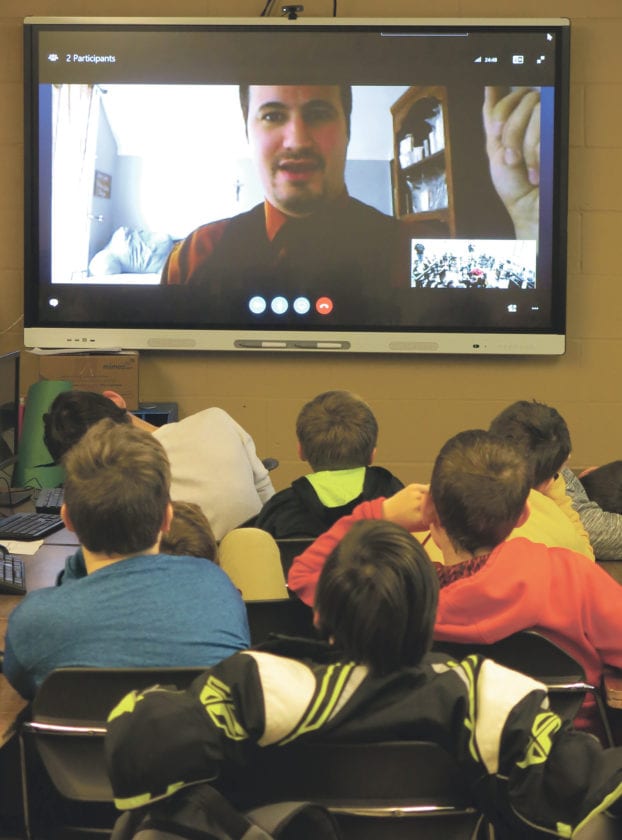 Seckar spoke to the class about programming and offered some career advice.

“It’s fun. It’s stressful,” he said. “If you’re great at math, that’s awesome. But, almost as important is problem solving.”

“It was amazing,” he said. “That’s where I picked up my affinity for programming.”

“It was something I enjoyed so much that my teacher suggested that my parents buy me a computer,” he said.

They saved up and did exactly that.

“I started coding every day,” Seckar said. If he wanted to have code every day, he had to. He did not have the ability to save his work.

“Any software that I would write would be gone the moment I turned the computer off,” he said. “I would spend hours writing a 200 to 300 line game and it would be wiped out at the end of the day.”

He no longer writes code for games, though sometimes he misses it. “There are a few things I regret,” Seckar said. “I regret not continuing with that particular avenue.”

“If you’re thinking about majoring in computer science, look at the big universities, but look at the small ones too,” Seckar said. “A lot of universities offer a gaming track. There may be degrees and programs out there when you guys are in college that don’t exist now.”

His job now involves contract work for the U.S. Navy — something he was not allowed to share details of.

But whether it was making games or working for the military, “starting the day with a blank screen and being able to create whatever you want from it” is the highlight of his day.

Seckar encouraged the students to learn to work with others. He said most of his work is group code.

Computer programmers are often pigeon-holed as loners. For those that fit that stereotype, he suggested they take a chance and get out of their comfort zones “in a safe environment.”

He told the story of going to his wife’s dance studio and signing up, basically on a whim, as a ballroom dance instructor.

“If you can see an opportunity to do something different, I wholeheartedly encourage you to do it,” Seckar said.

Seckar’s story took a hard turn not long after he graduated from St. Francis University.

His government contracting job was eliminated due to budget cuts. He needed money, so he took a job with a promise of possibly moving into a programming position. After years in that job, Seckar told his boss he wasn’t enjoying it. “He said, ‘Maybe you’re not a programmer.’ It was like a slap in the face.”

“Don’t let anybody dictate what your dreams are,” Seckar said. “More importantly, don’t let them tell you what you’re not.”

He said he had not kept up with programming on his own during that time and fell far behind the fast-changing curve in the field.

“You will fail,” he said. “How you respond to that can define you as a person.”

But, he left that job with no ill-will and found a programming position that he is happy with.

“Work is different every day and you’re problem solving every day,” he said. “I can’t imagine doing anything else.”

“You guys are working on some awesome stuff,” he said. “Seeing what you guys learn in here, the curriculum… that’s awesome. I hope you take advantage of it.”

Good as Gold B; Beaty tradition continues despite school closure

At Beaty-Warren Middle School, B is more than the first letter of the school name. Each year, eighth graders who ...

Phase 3 school work is due

Wednesday isn’t the last day of school in a traditional sense, but it is the day final projects come due for many ...

People stuck at home looking to have the weight of a good book in their hands haven’t had access to their local ... 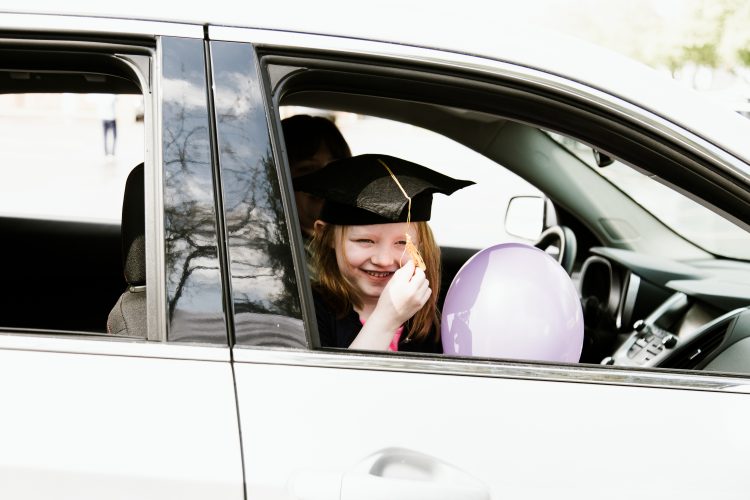 ‘We really miss them’

Families of school-age children who qualify for free or reduced-price lunches will be receiving some help from the ... 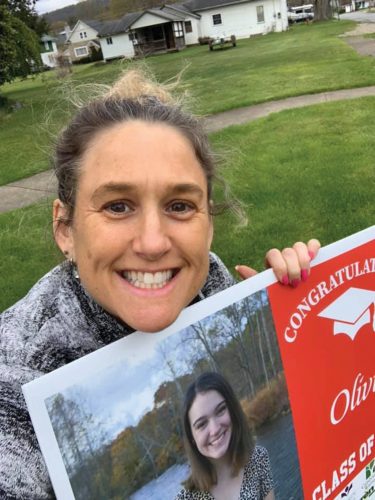