NEW YORK (AP) — New York Gov. Andrew Cuomo dropped the state’s absolute ban on gatherings of any size Friday, issuing an executive order saying up to 10 people are now allowed to be together as long as they abide by other social distancing guidelines adopted during the coronavirus pandemic.

The order, issued on the eve of the Memorial Day weekend, represents one of the biggest steps yet the state has taken to loosen rules adopted in March that have barred anyone but essential workers from getting together unless they live in the same household.

It doesn’t necessarily pave the way for the backyard barbecues and group picnics that are a staple of the holiday. The order still requires people assembling to follow “social distancing protocols and cleaning and disinfection protocols required by the Department of Health.”

That means people still need to stay at least 6 feet away from other people, or wear a mask or face covering when they cannot maintain that distance in public.

New Jersey has adopted similar rules, allowing groups of up to 25 outdoors and indoor gatherings of up to 10 people.

Cuomo had earlier in the week signed an order allowing gatherings of as many as 10 people only for religious services and Memorial Day commemorations.

That restriction drew a lawsuit from the New York Civil Liberties Union, which said if it was safe to gather for the purpose of honoring veterans and holding religious ceremonies, the Constitution requires the same right be extended to people gathering for other reasons.

The NYCLU filed the lawsuit on behalf of New York City resident Linda Bouferguen, who the group says was twice arrested outside City Hall for protesting the state’s shutdown. She wants to organize another protest Saturday.

NYCLU Legal Director Christopher Dunn said in a statement that the organization was “glad to see the governor reverse course.”

“The right to protest and exercise free speech is the foundation of all our other liberties, and during a crisis is exactly when we need to be most vigilant about protecting it. Health experts, elected officials, and police officers all agree that people can be outside safely while practicing social distancing, and it’s critical that lawmakers create guidelines and direct law enforcement uniformly.”

Cuomo spokesman Rich Azzopardi said the new order is in line with Centers for Disease Control and Prevention guidance, which says that gatherings of up to 10 people are safe if people socially distance.

“Please be safe and wear a mask,” he added on Twitter.

The coronavirus killed another 109 people in the state Thursday. The daily death toll is down dramatically from early April but has stubbornly remained at just above 100 for five consecutive days. Around 5,000 people remain hospitalized.

Here are other coronavirus developments in New York.

New York City’s mayor unveiled a new set of data thresholds Friday to help determine when to loosen restrictions imposed during the coronavirus pandemic, but Cuomo, a frequent political sparring partner, said later said it will be up to the state — not the city — to make those decisions.

“No local official can open or close,” Cuomo said, noting that the state has established its own set of metrics intended to measure the safety of reopening.

“We said at the beginning it’s going to be one standard that is data-driven. There’s no politics here. What’s safe is safe,” the governor said.

The offices of both Democrats have been saying that the city, among the hardest hit in the world by the virus, is on target to begin reopening its economy in the first half of June.

Mayor Bill de Blasio said Friday that in order to enter the first phase of the reopening, including manufacturing and retail with curbside pickup, the city must stay below thresholds for three things: the daily number of people admitted to hospitals for suspected COVID-19, the total number of patients in intensive care at public hospitals and the citywide percentage of people testing positive for the virus.

“If we do it right, if people stick to the plan, stick to the guidance, we will move to Phase 1 in either the first or second week of June,” the mayor said.

De Blasio had previously said that all three metrics would have to move downward in unison for 10 to 14 days for the city to reopen.

“The day-to-day changes, the small up and downs, matter less,” he said in explaining the new criteria for reopening. “What matters more now is staying at a low level and keeping it that way, and so we’re going to be talking about thresholds now.”

Cuomo’s standards, which apply to the entire state, are based on measures that include whether a region has seen an overall decline in the number of hospitalizations and the availability of hospital beds.

The indicators used by the city and the state “are in line with one another,” and the two administrations are in constant communication, said Cuomo’s top aide, Melissa DeRosa.

“We are aligned in our approach — nothing will reopen until it is safe to do so,” de Blasio spokeswoman Jane Meyer said in an interview.

Regional economic reopenings began a week ago in upstate areas, with different industries opening in phases.

Long Island and the mid-Hudson Valley region, including the city’s northern suburbs, are poised to phase economic activity back in next week if COVID-19-related deaths continue to decline and they meet state standards for contact tracing, Cuomo said. Construction companies can begin staging in those regions now, he said.

Other coronavirus developments in New York include:

The public can tune in Tuesday as state lawmakers consider legislation to help New Yorkers.

The state Senate and Assembly expect a few legislative leaders will travel to Albany to debate and vote on bills from their offices or the chambers, while the vast majority of lawmakers will participate from home through video and teleconference.

Several state lawmakers have tested positive for COVID-19, and the Legislature hasn’t been in town since the passage of the state’s budget in early April. Lawmakers held two virtual hearings this week on the impact of COVID-19 on minority communities and small businesses.

It’s unclear which bills lawmakers will take up next week.

Proposals range from banning facial recognition technology in the tracking of COVID-19 to ensuring benefits for workers. Several Republicans and Democrats have introduced bills calling for more oversight and testing of residents at nursing homes.

It’s unclear whether or when lawmakers — who face June 23 primaries and technically have a year-round session — will return again after next week.

The governor says that by the end of May he’ll release a plan that could slash state spending on schools, local governments and hospitals.

New York lacks enough federal aid to make up for a projected $15 billion revenue shortfall. The Democratic-led Legislature could then pass its own plan to balance the budget.

The year was 1947 and a number of young men had just returned from World War II. Filled with pride and a new sense ... 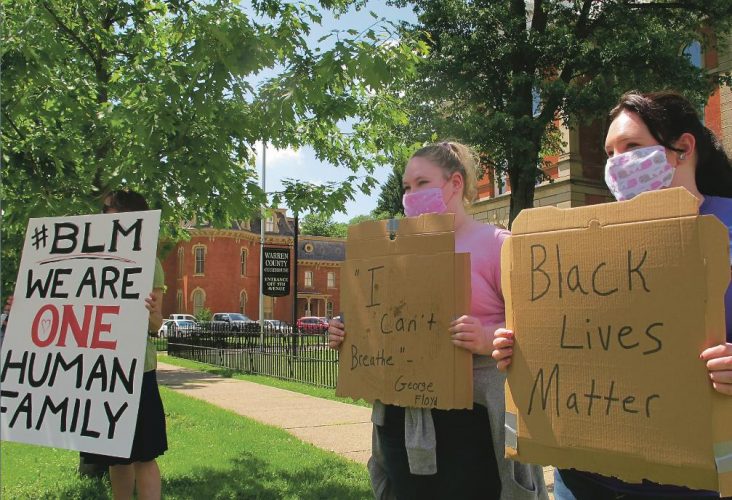