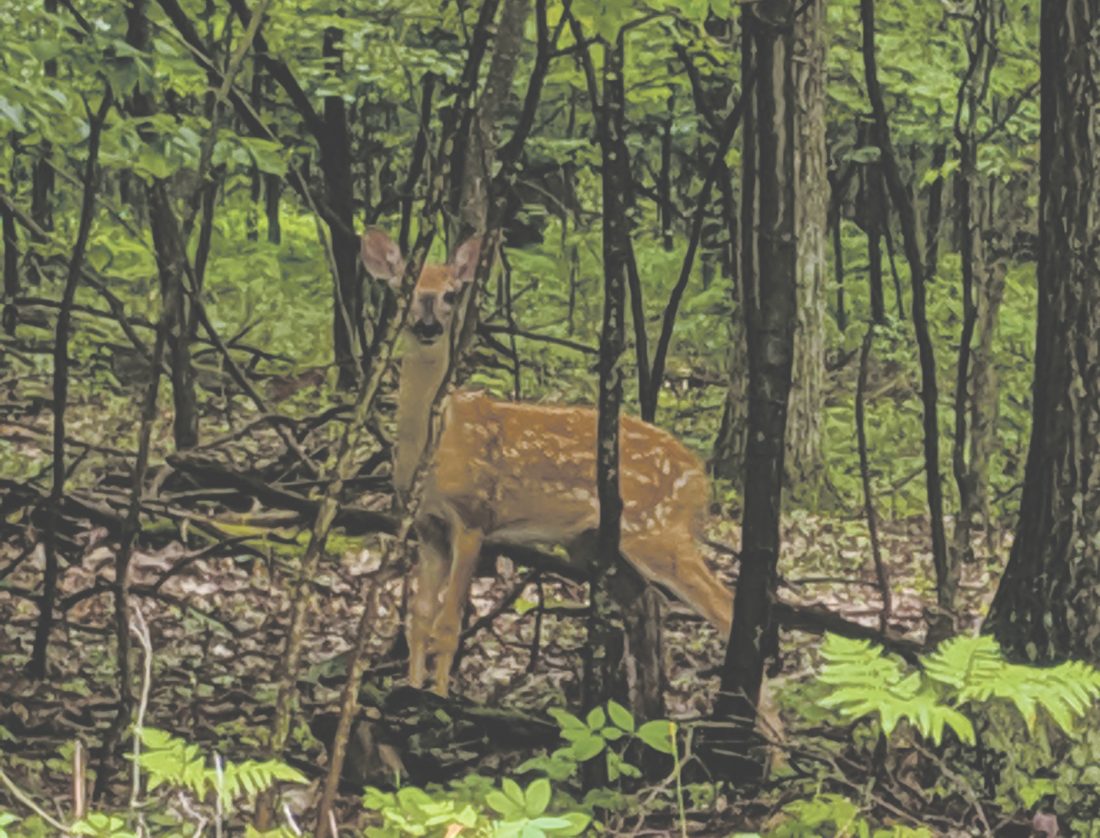 Times Observer photo by Lorri Drumm Deer are commonly found in the roadway as one approaches Camp Olmsted in Elk Township. A bear was also spotted but didn’t hang around for photos.

Once a year, a trip down a secluded, sometimes narrow and bumpy road, where deer and even bear may cross your path, leads to a bustling community for just one week in Elk Township.

This year, the residents of that community numbered approximately 206, including 101 scouts attending the annual Scout Camp at Camp Olmsted. The remainder of camp residents are volunteers that make up all of the camp staff, according to Jim Cowan, assistant director.

The camp provides a place where experienced scouts look forward to reuniting with friends and first-time scout campers make lots of new friends. In just one week, scouts can also learn an abundance of skills and earn merit badges. Unlike some scout camps where those teaching skills leading to merit badges are older scouts, many at Scout Camp are professionals. “You’ll see volunteers who work for the Game Commission teaching here,” Cowan said.

“It’s gone very smooth,” Cowan said. “Since we had venture scouts before, it was an easy transition.”

The property where the camp is located includes approximately 534 acres that borders the Allegheny Reservoir and Allegheny National Forest, according to Jim Shaw, Chief Cornplanter Council, B.S.A. district executive. The camp was purchased in 1927. When the Kinzua Dam was constructed in the 1960s, the camp moved up a bit to higher ground.

Roads wind through the camp from a mountain-top opening campfire site to campsite villages, a central dining area, an archery course, a shooting range, camp office, first aid, an assortment of activity areas and unlike many camps, a waterfront area that provides for multiple water-sport activities including motorboating, waterskiing, sailing and canoeing.

At the end of the day, and throughout the day, it’s the sense of community that also sets Scout Camp apart from other gatherings, according to Cowan. An adult volunteer st camp for the first time told Cowan that it seemed like “all one camp” as opposed to a gathering of separate troops. The volunteer told Cowan the unity was “different” — “in a good way.”