With the live minnow situation being what it is now in Warren County, anglers are being forced to treat minnows with great care. Winter walleye fishing without live minnows is just not the same game. It can be done, but not nearly as well as with live minnows. Minnows are so valuable now it would be hard too calculate their real value.

I suggest starting with a 100 quart ice chest. More water can keep more minnows alive longer. My current bait cooler is just 80 quarts and it has reduced the number of minnows I can keep considerably. I bought it for another purpose, but the plug started leaking on my old bait cooler.

This brings up another important point. My current bait cooler does not have a bottom drain plug. Big drawback. The water has to be dipped or siphoned out in order to change it. The water must be changed when it starts getting dirty, or when minnows start turning belly-up. Remember that minnows are metabolizing in that ice chest, filling the water with their body excrements.

Do not use water from your tap. It has stuff in it that will kill minnows. Of course you do not want living organisms in your drinking water. Instead take water from a nearby stream, a clean one. If that is not practical, you can buy stuff to neutralize the things in water at the fish section of a pet supply store.

While you are at pet supply, get some freshwater fish flakes. The minnows have to eat if they are going to survive for long in a bait chest. But do not overfeed or the water will quickly get dirty.

Here is a tip that will make changing bait water much, much easier, this one thanks to wife Jeri. Keep your bait chest on a low cart with four wheels. These are basically just four boards with wheels. Jeri found them quite cheap at Harbor Freight. Now I simply wheel the bait chest out of the garage and drain it onto the lawn where it makes good fertilizer.

Now that I think about it, a minnow tank water filter might be a great idea for a bait chest. It would filter out of lot of dirty stuff.

The few inches of height provided by the small cart is enough to make siphoning water work just fine. Use a small siphon for aquariums which has a squeeze ball to start the siphon, and the hose is too small to allow minnows through. Any other method will result in some live minnows flopping on the grass. They can be placed back in the minnow chest, but this is no way to treat valuable walleye bait.

Fortunately this winter minnows have been easier to catch than over the past three years, or so. At least in the several places where I catch bait, big common shiners have been very available. I do like to use common shiners as bait. More so for pike and musky than for walleye, but they are good walleye bait. Even big musky and pike will take the 7 inch, 8 inch common shiners, as will a 20 inch walleye. Common shiners are heartier than most other shiners, nothing like emerald shiners or spottail shiners.

But golden shiners are even heartier than common shiners. I have kept them alive all through summer in my garage. It is not likely that you have a place to catch your own golden shiners, so you will have to buy them. It you do buy them, keep the receipt if they are certified minnows so you can legally transport them elsewhere.

One advantage of using shiners during winter is that when a split shot us added several inches from the hook, the shiner constantly struggles to swim up.

Suckers are great bait for walleye and most other game fish. I love to fish them under floats because they constantly struggle to get down to bottom. Also they remain lively for a long time. Even when fished on bottom you can feel them thumping on the line.

The problem with using suckers is getting them. I do not know of anywhere within a few hours drive where suckers can be bought reliably. Several years ago when a friend ran a bait shop at Chautauqua Lake, he sold suckers not by dollars per dozen, they sold for dollars apiece. A big sucker to be used as musky bait might cost $10. Catching them is quite difficult. My best success has been using a minnow seine, or setting a minnow trap in swift current.

I have actually caught quite a few suckers by fly fishing with small nymphs, but the suckers caught this way would have been too big for anything but musky and big pike.

Chubs; just about any chub makes good bait, but the livelier the better. The larger soft chubs (less lively chubs) are often kept to be scented with garlic, triple or quadruple bagged and frozen to be used next summer for flathead catfish. Chubs are more tolerant of a wider range of temperatures than shiners. 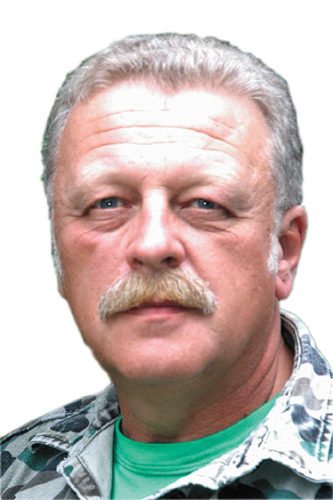