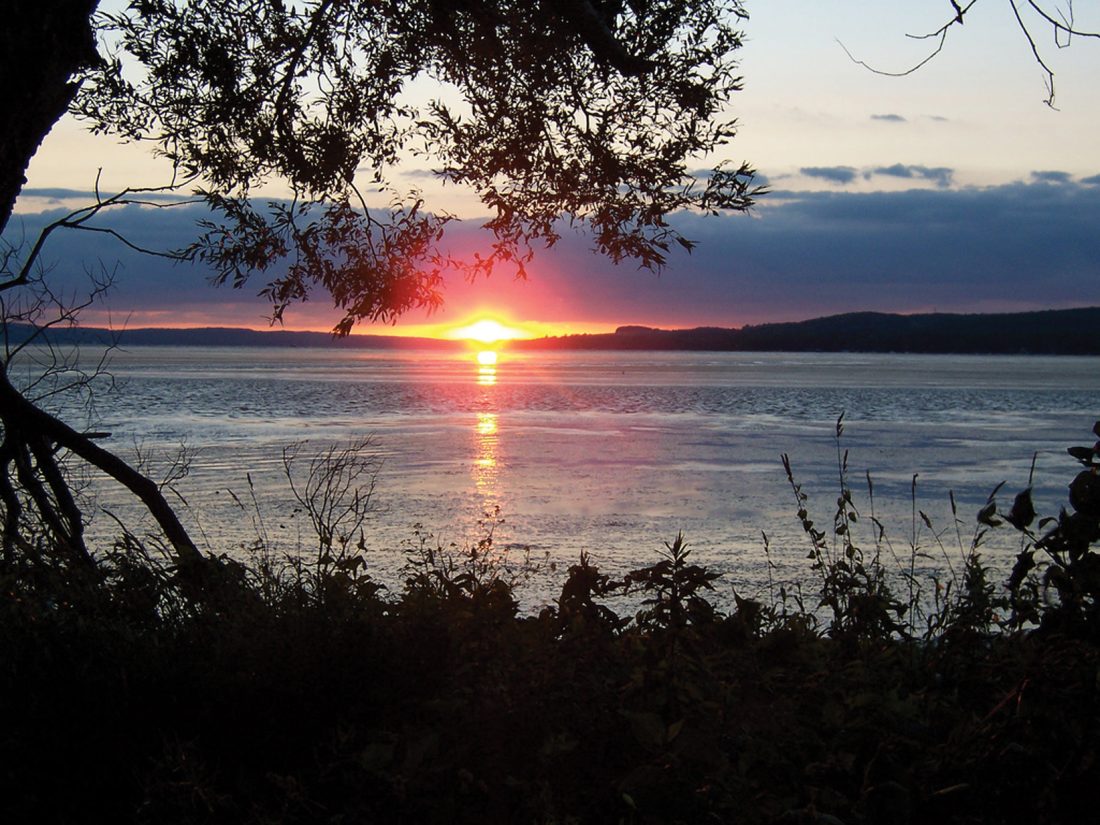 Photos submitted to Times Observer In Chautauqua County, we have the pleasure of living near a beautiful, shallow, and important lake, creatively named, Chautauqua Lake. Photo by Jennifer Schlick.

I’ve always been intrigued by the creatures that live underwater. Their adaptations that allow them to live, breathe, and flourish under immense pressure underwater is fascinating. When I relax by the television, an episode (or six) of ‘River Monsters’ on Animal Planet is usually my go-to choice. Jeremy Wade is the star and travels all over the world in search of the most incredible and fierce freshwater fish. He is so passionate about his fishing; he braves crocodiles, rushing rivers, and lightning strikes in order to understand what lies beneath the water. While fishing the harsh Fitzroy River in Northern Territory of Australia, he was able to catch the illusive Glyphis garricki or Northern River Shark; the only time an individual was ever caught on camera. With only an estimated 250 mature Northern River Sharks thought to be in the wild, this catch was a major contribution to the study of species. An interesting fact about the 3 members of the genus Glyphis is that they are able to tolerate fresh, brackish, and saltwater environments. This is just one out of the many unbelievable episodes, and if you have never seen it, I highly recommend ‘River Monsters’.

Now that I have already gone off on a pretty un-relevant tangent on a fish that lives thousands of miles away, I will get back to my original idea. Fish are pretty phenomenal creatures. They have adaptations that allow them to survive underwater; enduring many more atmospheres of pressure than we do. For every 32 feet a human dives, the pressure on our bodies’ increases by 1 atmosphere. Humans can dive around 200 feet before things begin getting risky, and even that depth takes a lot of training. So how can fish live 5000+ ft? below the surface? Firstly, their bodies are filled with more liquids and those liquids are incompressible, unlike our lungs which hold air and other gases that change with pressure. As deeper water is reached, some fish have even adapted to abandon swim bladders (which usually contain gases) and have tissues that can easily expand/compress with pressure to dissolve any gas present in their blood as they dive.

Throughout the world, temperatures of the water can drop drastically and quickly, yet fish can still survive. Some species have specific enzymes that are activated/deactivated when their body reaches a certain temperature, while other marine fish have “antifreeze” capabilities thanks to glycoproteins that stop the ice formation in their blood. In New York, many of the freshwater fish seek out the deepest spot in lakes or ponds. The temperature of the water at the bottom is the warmest during the winter months, opposite of what is present in the summer, where the warmest is at the surface. This peculiar switch happens in late fall where the warmer water is more dense at 39.2∂F than the cold water, making it sink. The cold water is then left on the surface as winter hits, freezing at 32∂F while the water underneath stays at balmy 39∂F. Fish then begin moving in slow motion, reducing metabolic and physical activity all while finding a nice deep pool to settle in, away from any cold, rushing water.

In Chautauqua County, we have the pleasure of living near a beautiful, shallow, and important lake, creatively named, Chautauqua Lake. What fish swim beneath our local waters? In the 20.31 square miles of water, you can find an abundance of species. Both Largemouth and Smallmouth Bass, Muskellunge, Walleye, Yellow Perch, White Perch, Pumpkinseed, Bluegill, crappie, and Brown Bullhead are some species frequently observed in Chautauqua Lake. After some research, I found out that the Chautauqua Fish Hatchery is the only hatchery in New York to raise walleye and “pure strain” Esox masquinongy, or Muskellunge.

Muskellunge are the largest member in the Pike (Esocidae) family. They are carnivorous fish that are usually described as voracious; feeding on other fish, frogs, birds, and even muskrats. Occasionally, they have been recorded to consume other muskellunge. They prefer quiet waters with interspersed weed beds and sunken logs to hunt their prey. At the local hatchery in Prendergast Point, there are 12 one-acre ponds used to raise “musky.” In the spring, adults are caught to procure the milt and eggs needed and then they are released into the water, unharmed. After spending a summer at the hatchery, the 8” fingerlings stock Chautauqua Lake and other bodies of water in Chautauqua County. The musky’s relative, Northern Pike (Esox lucius), ended up on my line during a family vacation to the 1000 Islands in the St. Lawrence River. Another voracious predator, this fish went for my small spoon lure and somehow did not break the 10 lb. line. For when it came to the surface, a 26″ fish with sharp teeth stared back at my cousins and I. Before the age of smartphones, I was unable to snap a photo of this beautiful specimen but I will never forget that day. I reeled in a being from an unknown world, studied it, and released it. It opened my eyes to the strange and wonderful creatures that thrive below the surface. I watch ‘River Monsters, Planet Earth, Blue Planet’, and basically any other show that elaborates on underwater animals. 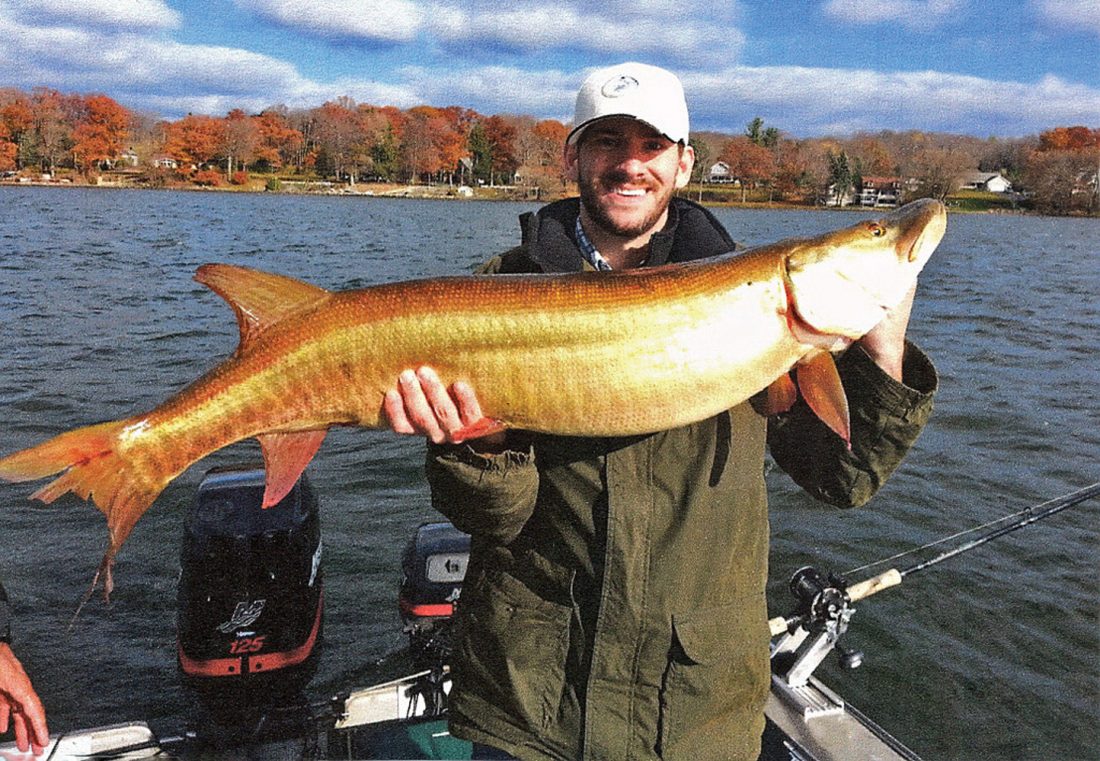 Muskellunge are the largest member in the Pike (Esocidae) family.

Going along on a fishing trip is a great way to get outside and explore the open waters and rushing rivers in our area, especially if you find fish fascinating, like me.