Times Observer Photo by Scott Kindberg This sign was hung at the Corry Rod & Gun Club to celebrate the Warren County Claybusters’ success at the national tournament. 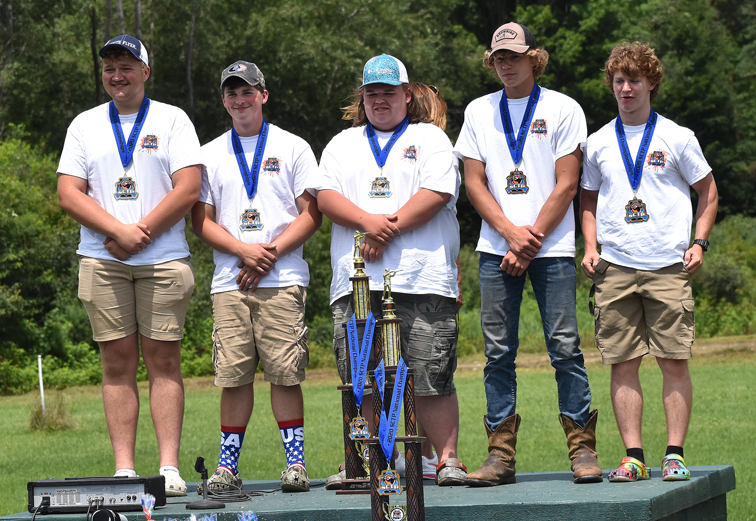 COLUMBUS — One by one Saturday afternoon, members of the Warren County Claybusters were called to a stage at the Corry Rod & Gun Club.

And supporters of the high schoolers from Sheffield, Warren, Tidioute and Corry showed their appreciation with extended applause.

They sure had plenty to celebrate. 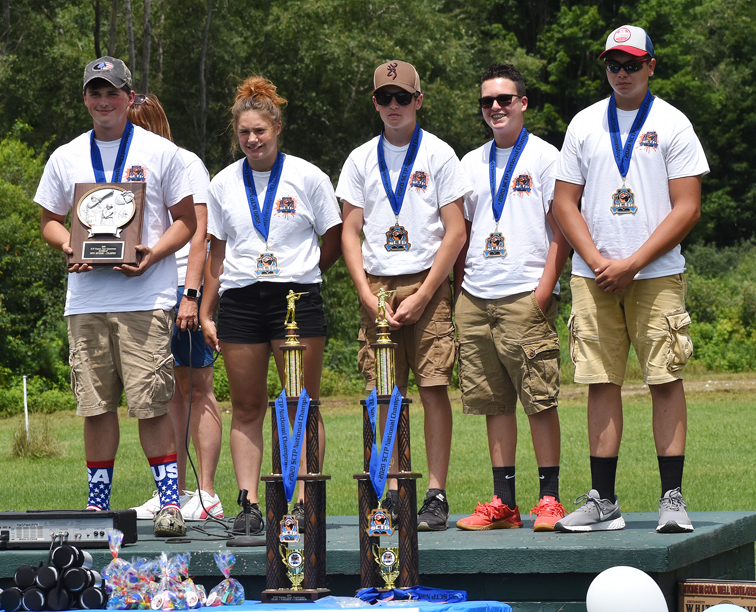 After a week-long stay in Marengo, Ohio, site of the Scholastic Clay Target National Championships earlier this month, the Claybusters returned to northwest Pennsylvania with three team division titles and an individual crown, leaving head coach Sherry Anderson in “awe.”

“Especially at this time when everything is so uncertain,” she said.

“We took five kids at a time,” Anderson said. “They came and they shot, then they’d leave and then we’d schedule the next five to come, so no one was together.”

Despite the many late nights, the group of 30 youngsters “came together” at just the right time, claiming the organization’s second national championship in four years at the Cardinal Shooting Center, located 30 miles north of Columbus, Ohio. 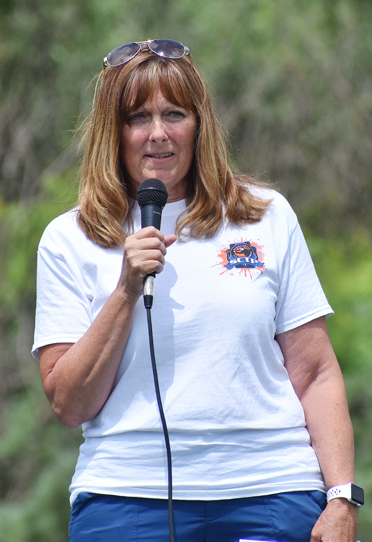 “I thought it could happen, watching the kids shoot,” said Anderson, who has been the Claybusters’ head coach since 2010. “I figured if they did what they do here at home, there was no issue; we would take it.”

¯ Joey Donato and Nick Lapinski were named to the all-state team.

¯ Donato claimed the Varsity Division individual title and was the recipient of a Browning scholarship after posting a 99-100-199. Ironically, he had never posted such numbers before, even in practice.

Times Observer Photo by Scott Kindberg This sign was hung at the Corry Rod & Gun Club to celebrate the Warren County Claybusters’ success at the national tournament.

“Joey just came out of nowhere,” Anderson said. “Just all of a sudden. He had been shooting with us and kept saying, ‘I’ll never see that 100.’ That day he was shooting (at nationals) it was like, ‘Where did he come from?’ He was a whole different person out on that line.”

¯ And the squad of Lapinski, Hasbrouck, Gray, Finch and Chance Chase came home with the High School Division title.

“It’s amazing what these kids can do,” Anderson said. ” … We had so many personal bests over the week, so many that we couldn’t tell them all. Every kid put their heart right into it.” 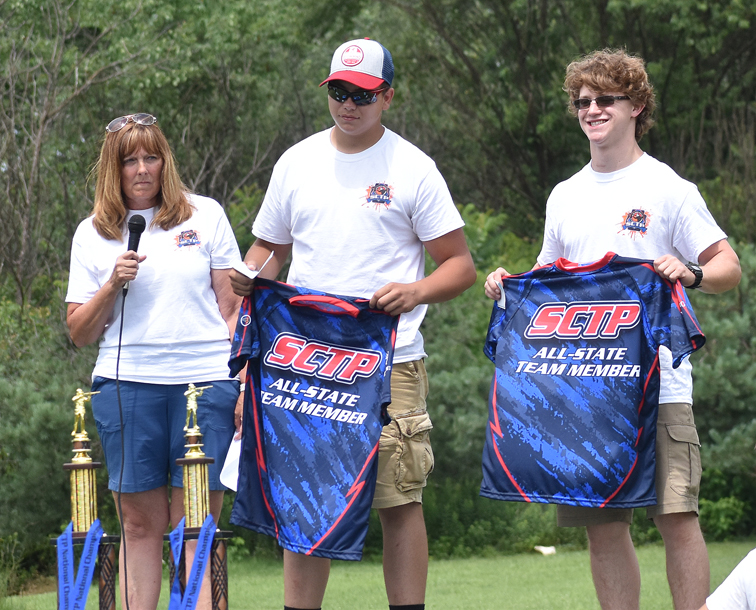 “They’ve been given an opportunity of a lifetime. They just don’t realize it yet,” said Tiona resident and program supporter Sam Carlson at the end of the awards presentation. “That program just took off. … Stand up. C’mon, everybody stand up. Congratulations.”

The team members got out of their chairs to another round of applause. 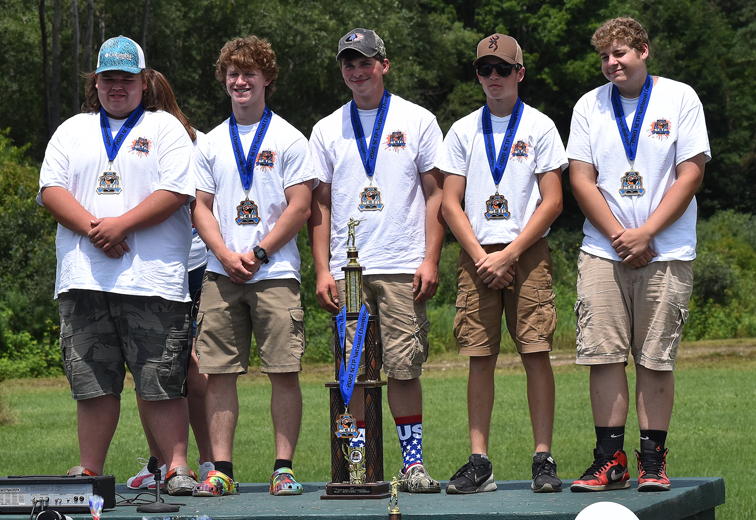