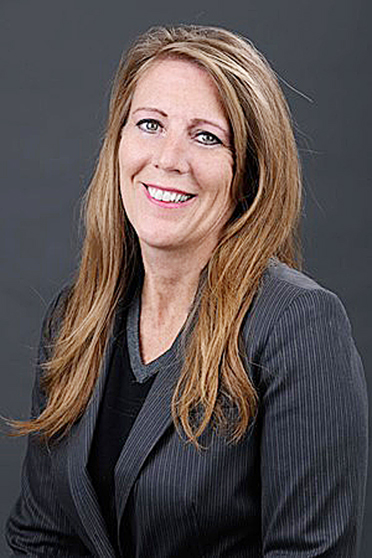 INDIANA — IUP Director of Athletics Todd Garzarelli announced earlier this month the hiring of Julie Torbett as the eighth head coach in the history of the women’s volleyball program.

“We are very excited to welcome Julie to the Crimson Hawk family,” said Garzarelli. “This is a great day for IUP women’s volleyball. Right away Julie rose to the top from a very talented and impressive candidate pool, checking all the boxes of what we wanted in our next head coach. Her experience and career resume are remarkable and I believe under her leadership and guidance, Julie will take this program to the next level.”

Torbett, the daughter of Janet Foor of Raleigh, North Carolina and Tom Firth of Lander, comes to the Crimson Hawks with 447 victories and 26 years of head coaching experience at the Division I level. Most recently she spent seven seasons at East Carolina University in the American Athletic Conference (AAC), where she led the Pirates to 109 victories.

“I am extremely excited to be coming back home to Western Pennsylvania,” said Torbett. “I would like to thank Todd Garzarelli, Director of Athletics, and the entire search committee for giving me the opportunity to not only lead the women’s volleyball program, but to also be a part of the IUP family.

“My highest priority is to develop relationships with the current student-athletes, coaches, alumni, and most of all, the young women who are the present and future of Crimson Hawk Volleyball.”

During her time in Greenville, N.C., she transformed a once dormant ECU program into a contender in the AAC. Her 69 wins over the last four seasons are the best four-year stretch for the program since winning the same number from 1979-82. She’s coming off a 19-11 campaign in 2019.

The Pirates enjoyed one of their finest seasons in school history in 2017, her fifth year at ECU, racking up a 22-11 overall record with a 13-7 AAC mark – good for fourth place in the league standings. ECU was picked to finish 11th in the preseason coaches’ poll. The 22 victories were the most for the Pirates since 1982 and the 20-win season was the first for the program since 2005.

Torbett enjoyed some personal accolades as well in 2017, hitting two major coaching milestones. She won her 400th career match with a 3-0 sweep of North Carolina Central in September and also became the all-time winningest head volleyball coach at ECU with a 3-1 win over South Florida in November.

Before joining ECU, Torbett had a successful two-year stint at Winthrop where she guided the Eagles to 34 victories, including a 20-8 record in Big South Conference play. In her first year in 2011, Winthrop tied for the Big South regular season championship, the first for the Eagles since 2007, and earned a No. 2 seed in the conference tournament.

Torbett’s squads made an appearance in the Big South Conference Tournament in both seasons and she coached six all-conference selections – including 2011 Big South Player of the Year Becca Toor.

Torbett spent a majority of her coaching career in charge of the UNC Asheville women’s volleyball program. In 17 seasons (1994-2010) on the bench in Asheville, she led the Bulldogs to 304 victories and a pair of Big South regular season titles.

Torbett was a two-time Big South Conference Coach of the Year (2002, 2009), guided the Bulldogs to a No. 10 ranking in the South Region, and won 20-plus matches five times. In addition, she served as the department’s senior woman administrator for 13 years.

“I will be eternally grateful to my past players and staff at UNC Asheville, Winthrop and East Carolina with whom I shared such special experiences,” said Torbett. “They have taught me so much and helped make me a better person and coach. I would not be where I am today if it weren’t for my amazing family and coach that have supported me throughout my career. I can’t wait to begin this journey at IUP. Go Crimson Hawks!”

Torbett played collegiately at Penn State University, where she was a middle back and defensive specialist under legendary head coach Russ Rose. She helped the Nittany Lions to four Atlantic 10 championships, four NCAA regional appearances, and a perfect 31-0 conference record before earning her degree in exercise and sport science in 1990.

Torbett holds her student-athletes to a higher standard in the classroom as she has coached 18 Academic All-Big South selections and several of her teams have garnered the AVCA (American Volleyball Coaches Association) Academic Team Award which is presented to programs with a cumulative GPA of 3.3 or higher.

In addition to an emphasis on academics, community service also plays a large role for Torbett as she and her teams have participated in various community outreach programs. Throughout her career, Torbett’s squads actively visit local elementary schools, retirement communities, and volunteer in an abundance of fundraising events.

Torbett is married to Kelvin Thomas and has three sons Nathanael, Colby and Tristan, as well as two stepchildren Kianna and Niko.