Photo courtesy of Reno Aces/David Calvert In this 2019 file photo, Frewsburg native Connor Grey delivers to the plate during a game as a member of the Reno Aces.

Photo courtesy of Reno Aces/David Calvert Connor Grey was drafted in the 20th round of the 2016 amateur baseball draft. 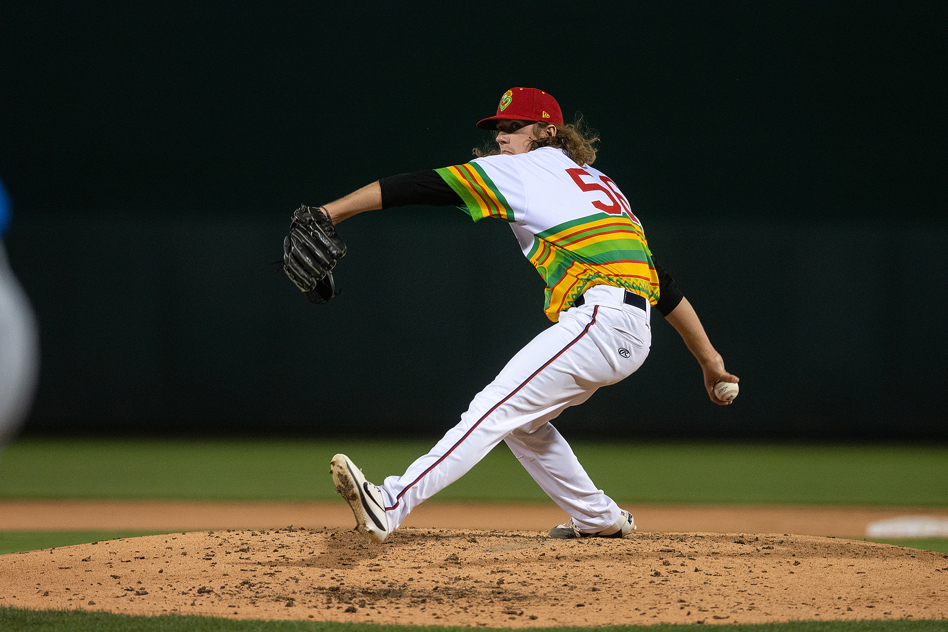 Photo courtesy of Reno Aces/David Calvert In this 2019 file photo, Frewsburg native Connor Grey delivers to the plate during a game as a member of the Reno Aces.

About three times a week, Connor Grey heads over to the Robert H. Jackson Athletic Complex to work out.

All alone, the 6-foot-1 right-hander throws a few baseballs into a net, goes and picks them up, and repeats the process again.

He doesn’t throw just any baseballs.

The 2016 St. Bonaventure University graduate was released by the Arizona Diamondbacks late last week, but still has dreams of playing in “the show.” 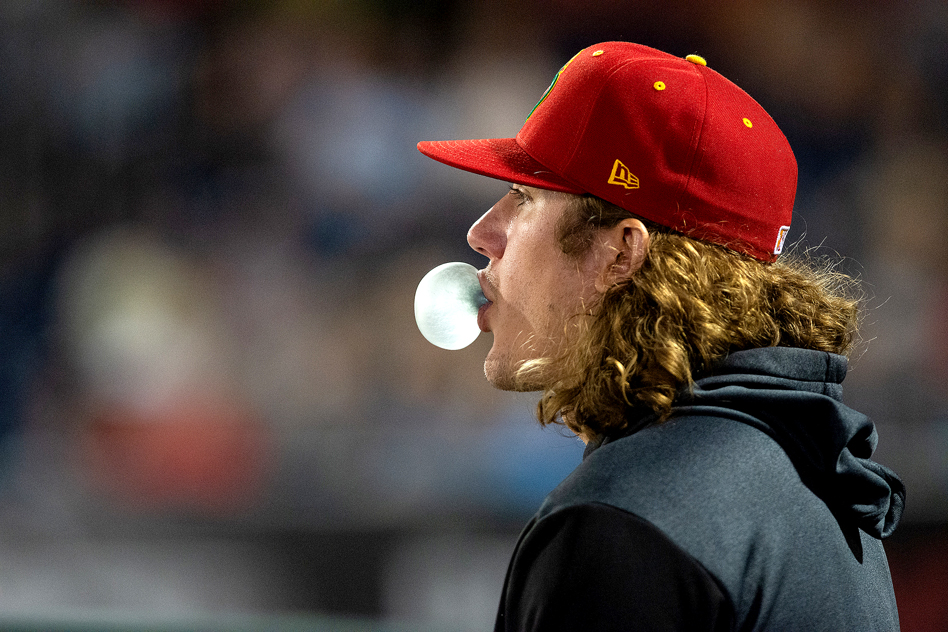 Photo courtesy of Reno Aces/David Calvert Connor Grey was drafted in the 20th round of the 2016 amateur baseball draft.

“I saw some other guys getting released,” Grey said Monday evening. “I knew it could happen, but I was shocked when it did.”

Arizona’s farm director informed Grey that after four years with the organization, he was one of the 64 players the Diamondbacks were releasing, largely due to the effects of the coronavirus pandemic on America’s pastime this season.

“He called and said: ‘I have some bad news. Unfortunately there’s likely not going to be a season for you guys,'” was Grey’s description of the phone call. “(He added): ‘We have to make room because we might be losing teams. Unfortunately you are one of those guys.'”

While Major League Baseball and its players association are currently in talks to get their season underway in empty stadiums, that likely is not an option in the minors, where gate receipts, concession sales and merchandise make up a greater piece of the economic pie.

Last week, RJ Anderson at CBS Sports said that most teams were expected to cut “somewhere between 30 and 50 players,” but Arizona exceeded that number.

“We always bring in a lot of guys during camp so I’ve seen a lot of guys get released throughout the years,” Grey said. “I knew ours would probably be higher because I think we had … the biggest camps.”

What’s next for Grey remains up in the air.

“My agent, Brian Charles out of New York City, told me with all of the other teams cutting people, we’ll have to wait for it to die down,” Grey said. “We’ll contact other teams and get my info out there. With my numbers and the way I’ve pitched, he says I should be able to be picked up pretty easily.”

He was far from a disappointment during his four seasons in the Diamondbacks’ system.

As a 20th-round draft pick in 2016, he was sent to short-season Rookie League Missoula of the Pioneer League. There, Grey went 4-2 with a 4.47 earned run average while striking out 37 in 50• innings on the mound. At the end of that season he was promoted to short-season Class A Hillsboro of the Northwest League where he pitched in six games, did not allow a run and struck out 14 in 9ª innings.

The 2012 Frewsburg graduate slid around Arizona’s minor league system during the 2017 season, pitching parts of it in Hillsboro, Class A Kane County of the Midwest League, Class A-Advanced Visalia and Class AAA Reno of the Pacific Coast League, combining for a 9-4 record with a 2.87 ERA while striking out 91 in 103• innings.

That season ended with the highlight of Grey’s professional career to date when he threw a 100-pitch perfect game with eight strikeouts for Kane County in a 5-0 win over Clinton. It was the Cougars’ first ever perfect game.

“That’s a milestone in anybody’s career,” Grey said of that special September night. “That’s probably the top one in mine.”

Grey spent the entire 2018 season back in Visalia and finished with a 10-9 record that included a 4.54 ERA in the very hitter-friendly California League.

Last season, the son of Randy and Lyn Grey again racked up some frequent-flier miles, splitting his time between Visalia, Class AA Jackson of the Southern League and Reno. He compiled a 4-2 record with a 4.57 ERA while striking out 51 in 65 innings pitched.

“It’s been great. (The Diamondbacks) gave me my opportunity in professional baseball,” Grey said. “I feel like I threw well enough to earn another job somewhere. I’m still optimistic I can still pitch and get to the big leagues. I’m grateful they gave me my shot.”

Now he’ll hope that his four-year body of work, combined with his age — he just turned 26 early last month — lands him a spot with another organization where he can continue to chase his dream.

“Twenty-nine more teams have the opportunity to sign me. I’m optimistic about that,” Grey said. “I’m throwing harder than ever right now. I feel like I have the stuff to get to the big leagues.”