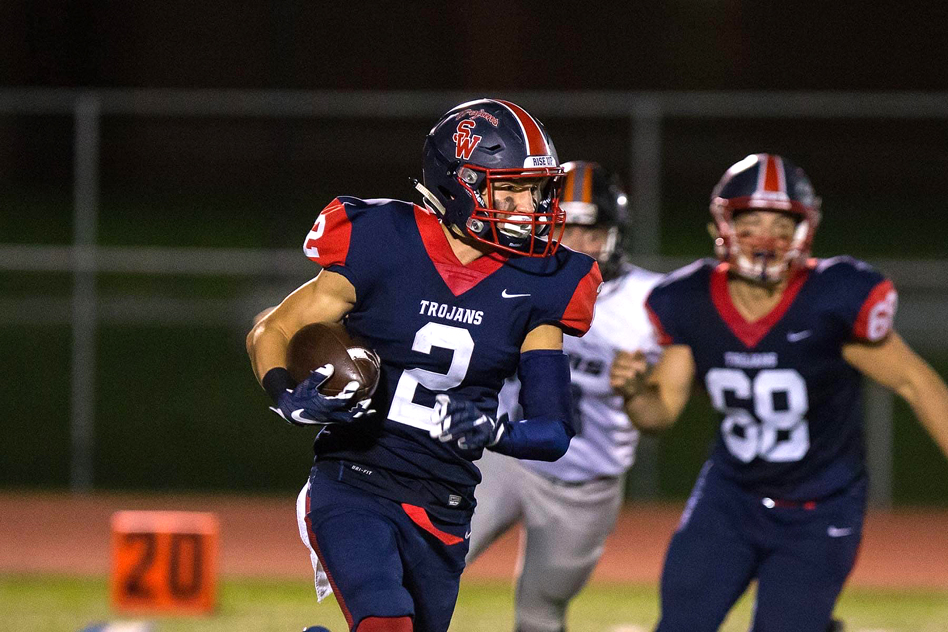 Alex Card came from a Southwestern football program with a winning tradition rivaled by few in the area.

So when he signed with NCAA Division II St. Anselm College out of high school, Card wanted to be part of the solution for the Hawks.

After one 4-7 season with the Hawks and one semester on the Goffstown, New Hampshire campus, Card felt he could find a better fit for himself closer to home.

He hopes that fit is at Edinboro University. 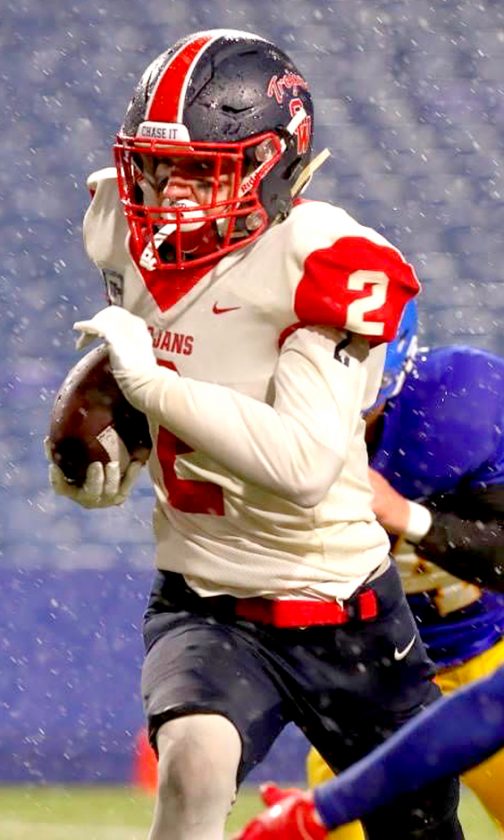 Card verbally committed to the Scots on March 19 and last Wednesday, the school made his decision official when they announced he had signed his national letter of intent on Twitter.

“My dad and I got in his truck and drove to Edinboro,” Card said Wednesday afternoon. “I walked into the coaches offices, introduced myself to the head coach … and everything kind of fell into place.”

Card had actually narrowed his final choice down to two between St. Anselm and Edinboro following his senior campaign with the Trojans and had official visits set up with both programs. But the 6-foot wide receiver committed to St. Anselm during his weekend on campus there and never made it to his official visit in northwestern Pennsylvania.

“The (lack of) tradition kind of showed. It just wasn’t a good fit for me with the culture I was used to,” Card said of St. Anselm. “I still felt there was a better opportunity for me to grow as an athlete and a person at a different school.”

During his initial recruitment, Card’s communication with Edinboro was with members of Wayne Bradford’s coaching staff, but the 2019 season ended up being Bradford’s last with the Fighting Scots.

While spending his spring semester at Jamestown Community College, Card reopened his recruitment after entering the transfer portal.

“I reached out to one of their coaches in the first couple of weeks in the transfer portal,” said Card, who has changed his major from psychology to graphic design. “They ended up wiping that coaching staff out and a visit never ended up happening.”

“I think it’s a positive for me because I’m learning everything right along with the upperclassmen,” Card said of the new coaching staff. “I see it as an advantage.”

Card is now part of a wide receivers room that includes at least seven returning players and two newcomers announced on signing day — a group that has yet to meet in person due to the coronavirus pandemic.

“Division II schools usually don’t do anything until August. We’ve been having a bunch of Zoom meetings,” Card said. “It’s good to learn all the plays and the terminology. I feel like I’m better prepared for the upcoming season.”

The Trojans star signed with St. Anselm after a very successful career in West Ellicott.

In 2018, Card was a Post-Journal All-Star, a New York State Sportswriters Association Class C first-team selection; and the Class C South Offensive Player of the Year.

Along the way, he set nine school records, including the single-season marks for receptions (66) and yards (1,105). He also had 17 of his school-record 27 career touchdown receptions in 2018, was a Connolly Cup finalist and made 45 of 46 extra-points.

“The (college) game is a little quicker,” Card said. “At Southwestern, we ran a college offense so the plays and reading coverages was pretty much the same.”

Luckily, while the pandemic has kept college students home from their campuses, Card has benefitted by working out with Rutgers quarterback Cole Snyder — the same guy who threw him all of those touchdown passes in high school.

“It’s pretty cool,” Card said. “Normally Cole would be at Rutgers if the whole coronavirus wasn’t going on. We are all taking advantage of the opportunity.”

The Fighting Scots went 3-8 this past season and will open the 2020 campaign on Thursday, Sept. 3 against Grand Valley State University at home in Sox Harrison Stadium.

“In high school, we were a big football family. My brother (Nate) is still playing and I played with my two cousins (Dom and Vinny Certo),” Card said. “It’s a big family thing for us and we really couldn’t do that at St. Anselm. Now, more people that I know can come to the games.”