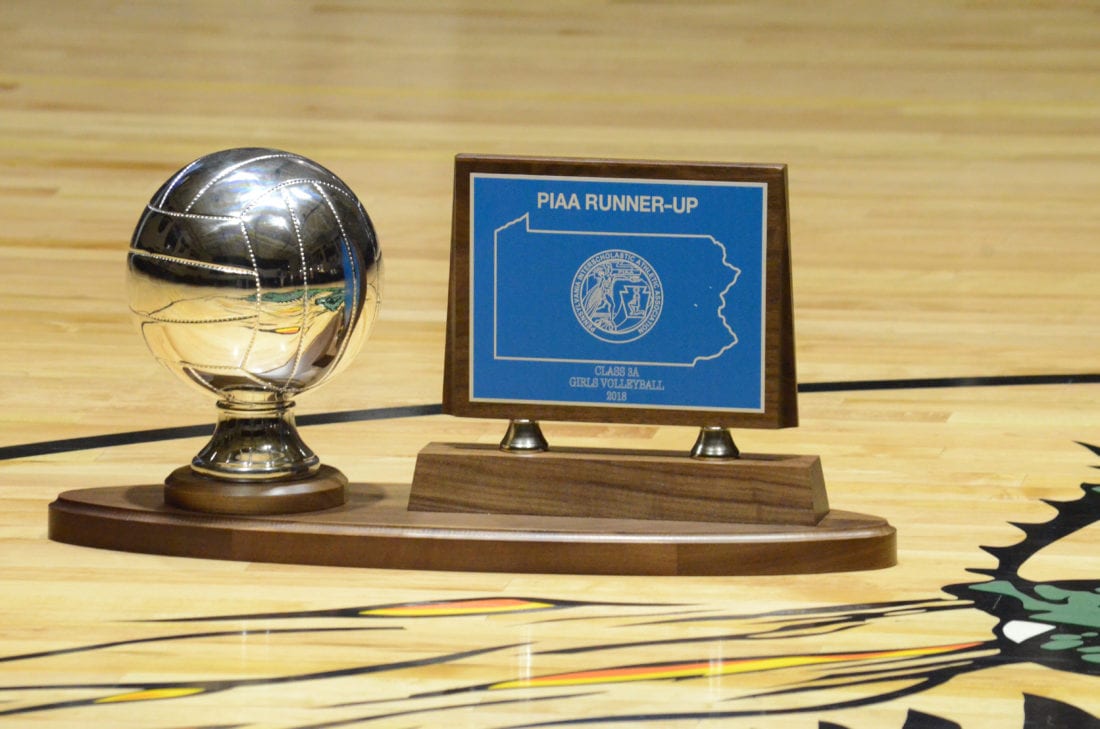 The PIAA Class 3A volleyball runner-up trophy takes its rightful place at Joseph A. Massa Gymnasium, the sight of so many amazing moments for the Warren Area High School volleyball team in the 2018 season.

MECHANICSBURG, Pa. — The PIAA announced Thursday it was suspending the boys and girls basketball and 2A swimming and diving championships for at least two weeks amid concerns over the coronavirus crisis.

The move comes as the NBA and NHL suspended their seasons, the NCAA canceled all winter and spring championships and MLB delayed opening day. In a press release, the PIAA said the postponement was done in consultation with various health departments and is in the best interest of all parties.

“PIAA, by enforcing a two-week hiatus from our basketball and AA swimming championships, believes this action will allow schools time to perform self-assessments and make decisions to promote optimal health conditions in their communities,” the release said.

If the championships are able to be held at a later date, it will be with a number of modifications. Most notably a limit on spectators. A number of schools still involved in the basketball tournaments tweeted throughout the day that fans who had purchased tickets should hold on to them until a final decision is made.

“If games return and they permit fan attendance, your tickets will be honored,” the Hickory School District athletic department Tweeted. “If not, you will be given a full refund.”

In addition to its winter championships, the PIAA will likely have to start making decisions about spring sports in the coming days as well. Spring practices began March 2, and some teams have already had their first contests.

“The Board of Directors’ are committed to promoting an environment of healthy athletic competition that is consistent with current health department and the Center for Disease Control guidelines,” PIAA Executive Director Dr. Robert A. Lombardi said.

The PIAA may find out this morning what will happen to the spring sports season when Pennsylvania Department of Education Secretary Pedro A. Rivera holds a meeting with the state’s superintendents at 9 a.m.