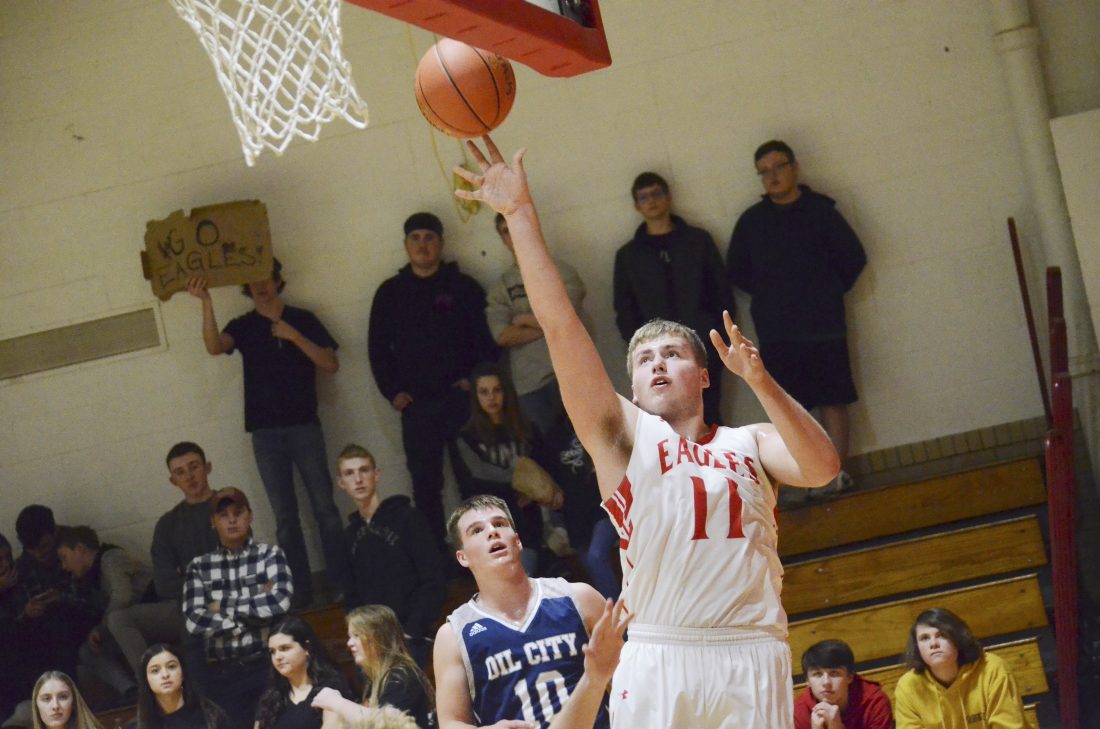 Youngsville's Gage Hendrickson was named Region 3 Player of the Year.

Youngsville just wrapped up its most successful basketball season in 28 years, so the postseason accolades were sure to follow.

That began on Sunday when it was announced that senior Gage Hendrickson was voted Region 3 Player of the Year.

It was a dream season for Hendrickson and the Eagles won multiple playoff games, advanced to the PIAA playoffs and secured their most wins (19) since 1992.

Hendrickson led the team in scoring (16.3 ppg.) and rebounding while going over 1,000 points late in the regular season against Union City.

“Gage, from day one, when I took over three years ago, he listened, followed and trusted me,” said Youngsville coach DeLoof prior to the postseason. “I think because of that, other guys were more willing to do that. He was one of the first ones to buy in, along with some other guys with that group. And it continued from there.

“I hear this quote from Phil Jackson and it makes me think of Gage a lot:’When your best player is also your hardest worker, it makes coaching easy.’ And that pertains to Gage. This is my first stint as a head coach, and to have Gage as a leader, as a captain, I feel fortunate.”

Olewine, a junior, was second on the team in 9.6 ppg. and was also one of the team’s top defenders.

Berdine, a junior and Bablak, a senior, were instrumental in leading the Dragons to a 15-win season and second-place finish in Region 6. They finished a win away (a 52-45 loss to Harbor Creek) from advancing to the PIAA playoffs.

“We’re at our best when Ben and Tom are on the floor,” Warren coach Jeff Berdine said earlier this season. Keeping the two out of foul trouble often correlated with success for the Dragons.

Martone, meanwhile, was a catalyst for an Eisenhower team that didn’t have a lot of depth but made up for that by shooting the ball extremely well. Martone led the way in that department, averaging 14.7 ppg. as the Knights won six games.

Klos, meanwhile, was the lone returning starter from last season’s District 10 semifinal team for Tidioute. He led the team in scoring this season.