Vincent, Salerno reflect on a Bonnies season that wasn't 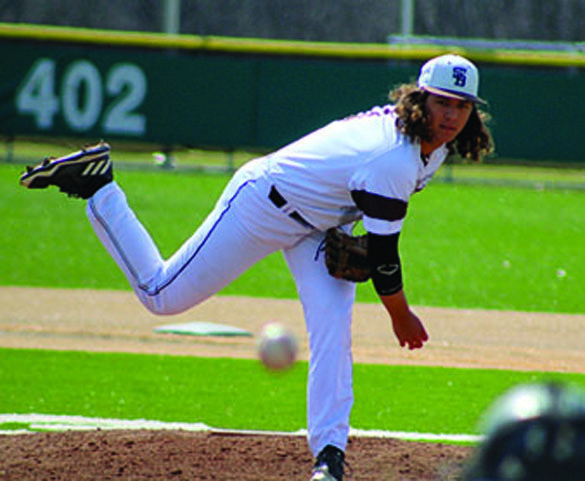 St. Bonaventure’s Casey Vincent’s delivers a pitch during his freshman season at St. Bonaventure University. Vincent, a former Eisenhower star and current Bonnie senior, is one of a number of collegiate student-athletes who have been impacted by the cancellation of the spring sports season due to the COVID-19 pandemic. Vincent, as well as Bonnies assistant coach and former Warren Dragon standout B.J. Salerno, reflected on what it’s been like since learning of the news.

It was business as usual for the St. Bonaventure baseball team on March 6 and 7 in Port Charlotte.

That Friday, senior Casey Vincent, an Eisenhower graduate, came on in relief with two outs in the bottom of the 8th against Illinois-Chicago. After hitting Thomas Norton with a pitch, he induced a groundout off the bat of No. 3 hitter Nick Lopez to end the frame.

As it turns out, that quite possibly could be the final time he takes the mound as a college athlete.

The Bonnies played one more game in Florida the following day against Western Michigan, then ventured back to Olean.

“I would say one of the hardest things to deal with with the cancellation of the season is that no one really knew it was going to be their last games ever,” Vincent said. “Some of the kids on the team were having a great start to the year and it just leaves you wondering what the season could have been. No one knew that the Western Michigan game was going to be our last chance to put on a Bonnies uniform.” 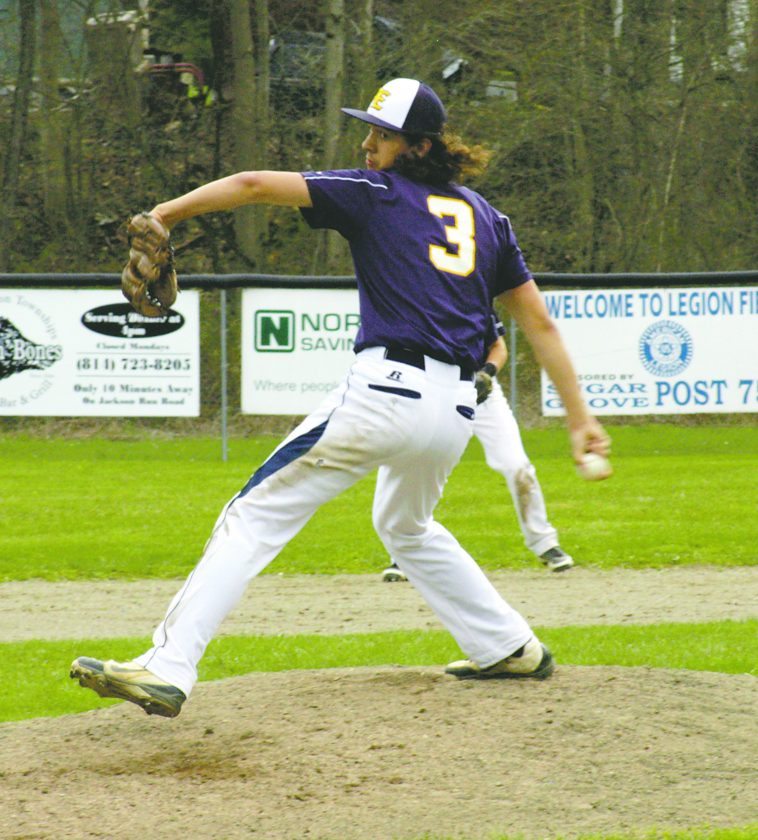 Casey Vincent delivers a pitch for Eisenhower during the 2015 season.

That Thursday, as the Bonnies got set to board a bus for a road series against Maryland-Eastern Shore, word spread that the NCAA had decided to cancel its winter and spring championships.

St. Bonaventure’s Casey Vincent’s delivers a pitch during his freshman season at St. Bonaventure University. Vincent, a former Eisenhower star and current Bonnie senior, is one of a number of collegiate student-athletes who have been impacted by the cancellation of the spring sports season due to the COVID-19 pandemic. Vincent, as well as Bonnies assistant coach and former Warren Dragon standout B.J. Salerno, reflected on what it’s been like since learning of the news.

Casey Vincent delivers a pitch for Eisenhower during the 2015 season.

onference that they had decided to officially cancel all 2020 spring sports competitions.

Bonnies assistant coach B.J. Salerno, a former Warren Area High School (Class of 2005) and St. Bonaventure standout as a catcher, saw the entire situation unfold throughout the day on Thursday.

“We were waiting to get on a bus to go and play University of Maryland Eastern Shore for a weekend series,” he said. “That morning we saw all the conference basketball tournaments start to cancel. Once most of them were cancelled, we got word to cancel our weekend series. That afternoon all the conferences started announcing the cancellation of all spring sports. That evening the NCAA made the decision to cancel all spring sports and their championships.”

Vincent, a former three-sport standout for the Knights, was a catalyst on the 2015 baseball team that made a run through the PIAA playoffs to the state championship game. 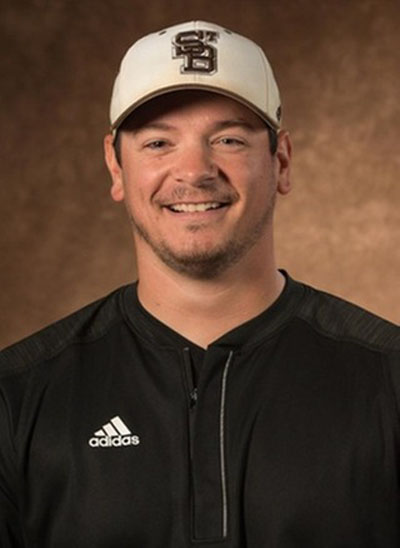 He is as disappointed for his teammates as he is for himself.

“Others on the team were coming back from injuries, so the thought of all of that time and hard work to get back to a level just stings a little bit,” he said. “This is not just something that affects seniors, but people like (Brendyn) Stillman and (Tyler) Kelder, who were having breakout seasons, might have just lost a season as well, to showcase themselves to scouts.”

Like most student-athletes, Vincent understands the reasons why things have unfolded the way they have, but wishes that the NCAA would have entertained the possibility of postponing for now and maybe play games later in the season.

“I understand the thought of taking precautious steps and not taking any risks when it comes to the health of the players and students,” he said. “Part of me wishes they would have waited a couple of weeks and saw the situation unfold a little before they made such a huge decision that ended the career of many of us. It really takes away from athletes from all sports that were affected by these cancellations.”

And then, of course, there are families that may have seen their sons and brothers play for the last time in college. That includes Casey’s parents, Desiree and Jon, as well as his brother Cody, who, after starring for the Bonnies, coached that 2015 Eisenhower team.

“I also feel terrible for the parents of the seniors,” Casey said. “Many of the parents traveled to the games and I am sure they did not realize that they were watching their kid play for the last time.”

Baseball is Salerno’s passion and has been since a very young age. As a coach, seeing not only his players but those on other spring sports, having their seasons and in some cases, careers, cut short, has been tough.

“It was a gut-wrenching feeling,” he said. “To know all the hard work, not only our team, but every spring sports, has put in and have their season taken away was pretty difficult to take. It’s just an empty feeling. You especially felt horrible for the seniors. To have one last year to play in their collegiate careers and in the blink of an eye it’s over before it ever really started.

There is some hope, however, as the NCAA has announced that it plans to extend the eligibility of spring sports athletes. As the NCAA says in one of its campaign slogans, however, ‘most of us will be going pro in something other than sports.’

So that might not be a reality for some, but would be for others.

“I am interested to see how the NCAA handles the situation as it progresses,” Vincent said. “A dream scenario would be if they would give the athletes one more year of eligibility, but who knows what they have in mind.

“If nothing comes from it, I just want to thank the university, Coach Sudbrook, and Coach Salerno for giving me the opportunity to play baseball at the collegiate level. They taught me many life lessons that I will be able to carry with me for the rest of my life. And to my fellow senior teammates, it was an amazing experience these past few years and I am sure we would all do anything just to have one more game.”

Salerno said that they haven’t gotten exact details of the NCAA’s plan for spring athletes. However it shakes out, he is beyond proud of the players for how they have handled themselves in what have been unprecedented circumstances for all involved.

“The players seemed to handle it the same,” he said. “Confusion, frustration, just hard to take. That all being said, now that we’ve had a few days to kind of wrap our heads around things, the decision to cancel the spring sports is probably the right call. What’s going on right now is bigger than baseball.”