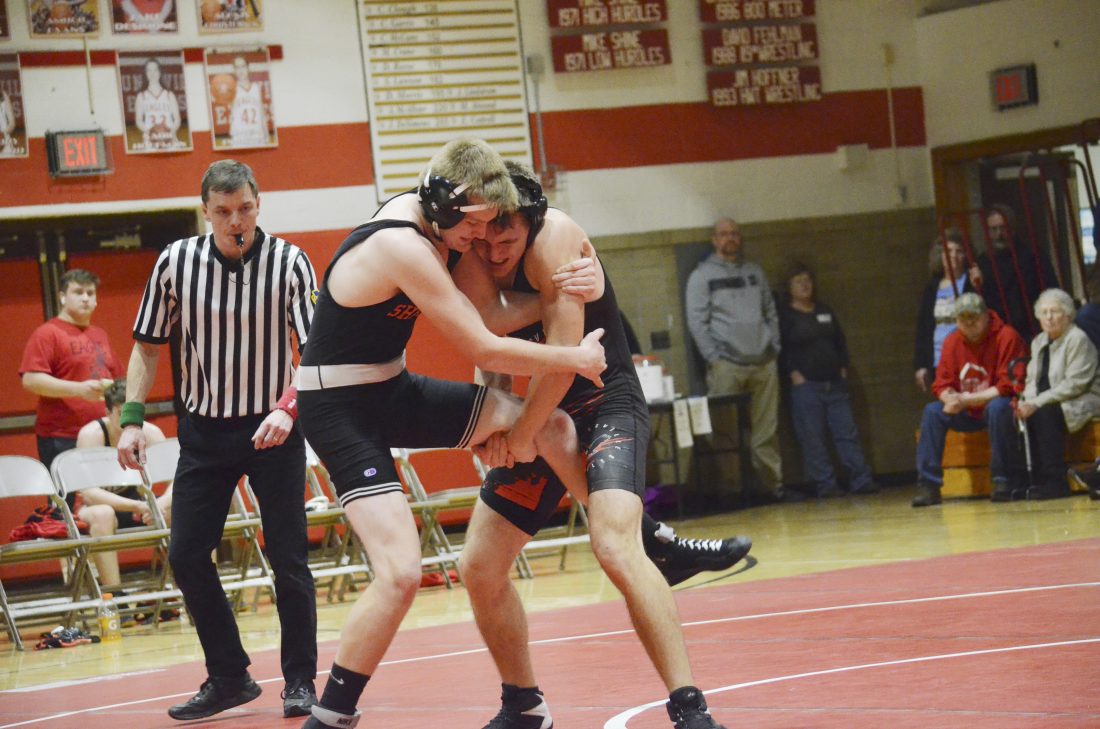 Sheffield won two matches by pin, two by tech fall and five by forfeit en route to a 52-24 win over county rival Youngsville on Thursday.

The host Eagles, who honored Jake DeSimone and Devon Morrison on Senior Night, got all four of their wins via fall.

Starting at 106, the Wolverines won the first three matches via forfeit.

The first match wrestled of the evening came at 126, where Youngsville’s Logan McDonald made quick work of Marco Avalos for a first-period fall.

At 138, the Eagles’ Collin Clough was locked in a competitive bout with Sheffield’s Cooper Traister. A second-period takedown made it 6-1 Clough and moments later he was able to put Traister on his back for a pin. 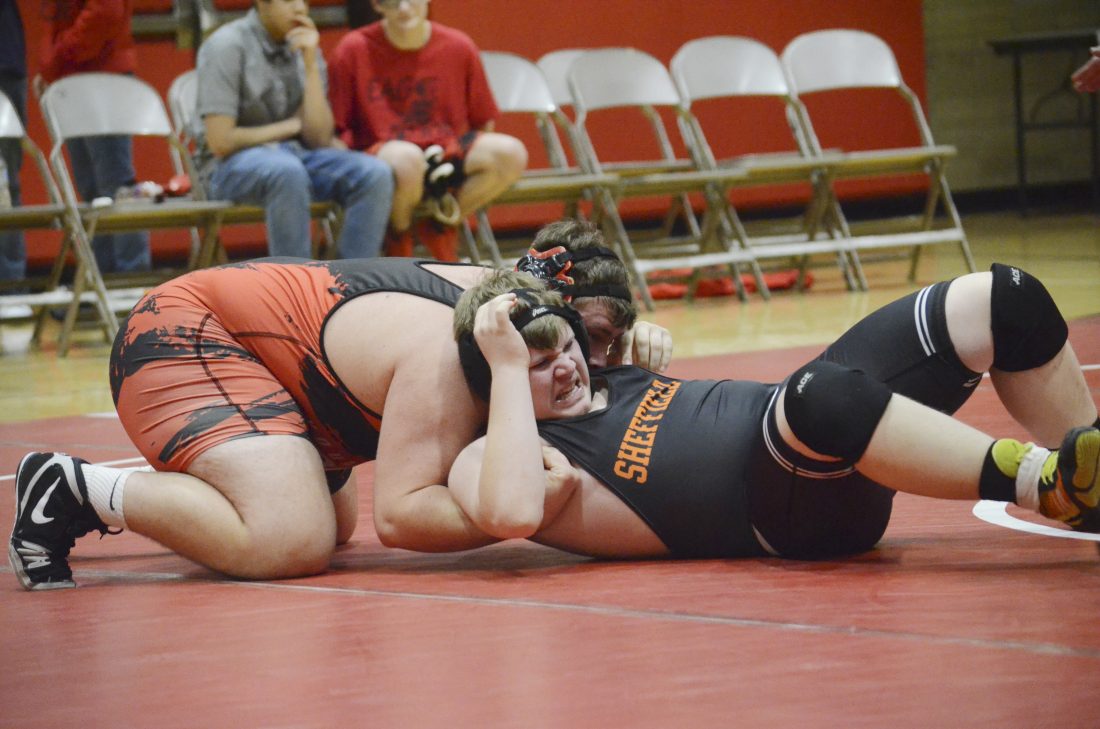 The 152-pound match saw Sheffield’s Landon Mead secure a number of takedowns before ultimately winning via tech fall in the third period against Michael Crane.

The most exciting match of the evening took place at 160. Youngsville’s Damon Reese had takedowns in both the first and second period and led Jake Davidson 4-1 in the third period. Davidson caught Reese, however, flipped him on his back and earned a dramatic third-period pin.

At 170, Youngsville’s Sawyer Lawson got a first-period takedown before pinning Todd Peszlen.

Ethan Finch, who has spent the entire season in the state rankings, was simply dominant, needing just 1:34 to earn a 17-1 tech fall.

The final two matches of the night featured a pair of pins. Sheffield’s Casey Anderson in the second period over Alan McAllister and DeSimone in the first period against Stephen Koper. 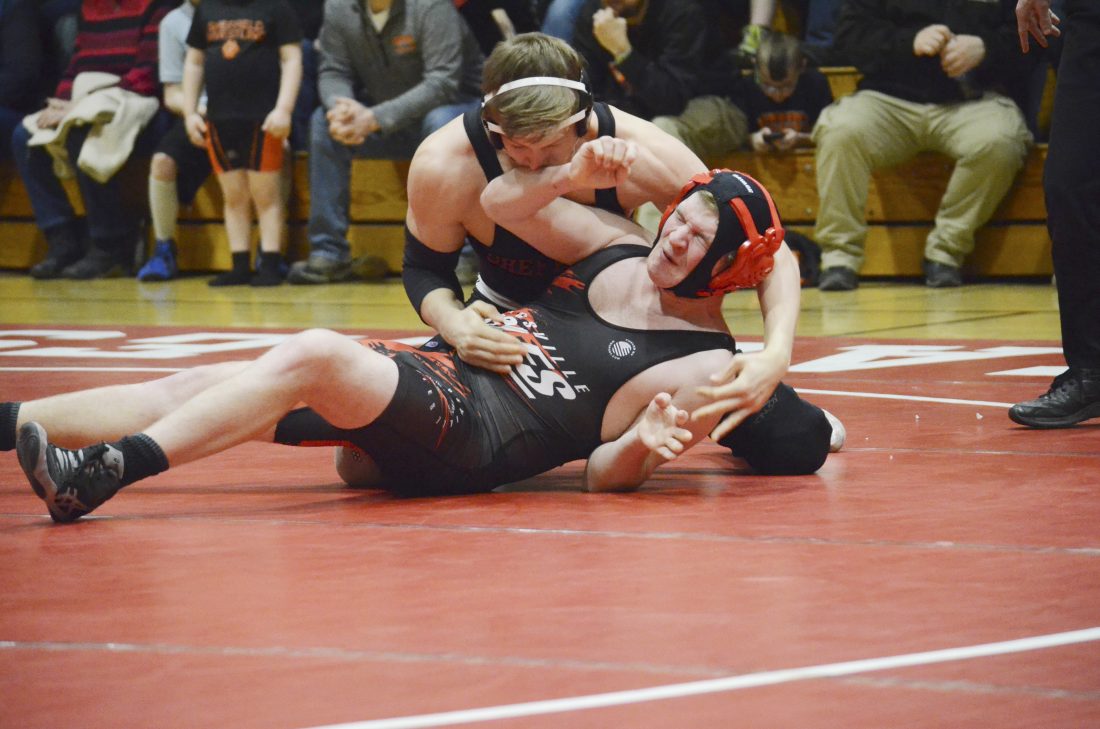 Sheffield will wrestle Cameron County on Wednesday in their regular season finale, while Youngsville now turns it’s attention to the postseason and the Section I tournament. 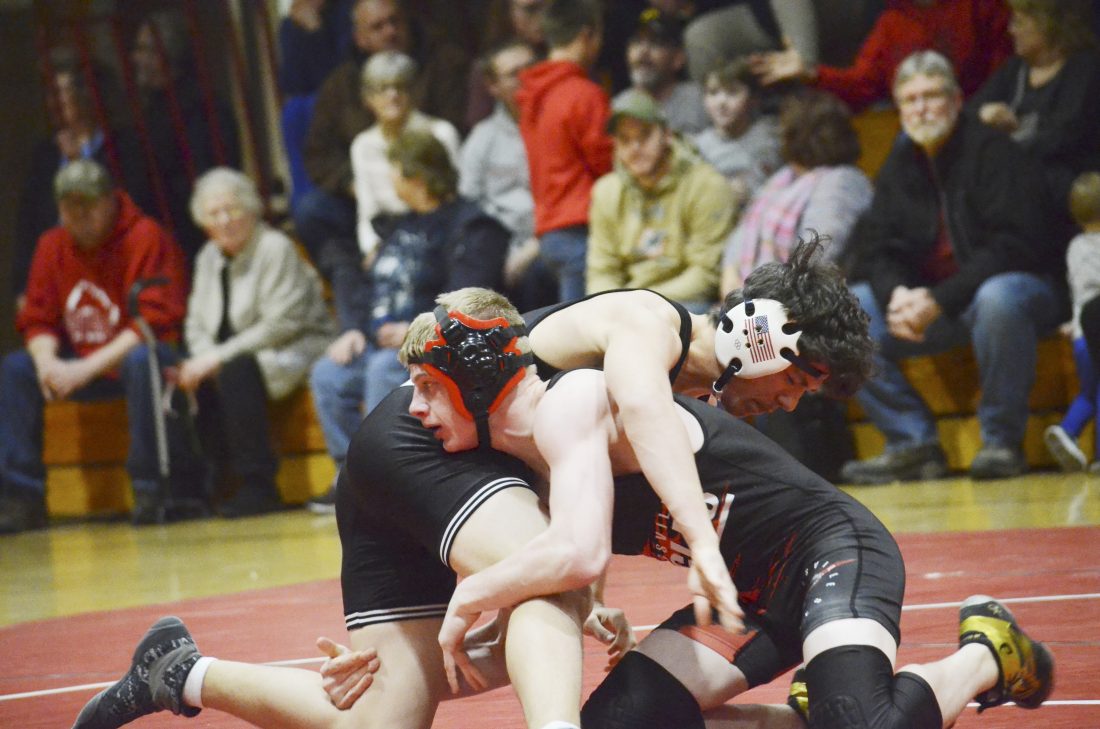 Warren’s Kelsey Stuart (14) battles Harbor Creek’s Nya Farrell (2) for a rebound during the fourth quarter of their game at Warren Area High School, on Thursday.

Warren’s Taylor Childress (1) drives the lane for a layup past Harbor Creek’s Nya Farrell (2) during the third quarter of their game at Warren Area High School, Thursday, Feb. 6, 2020. Childress, Warren’s lone senior, scored 11 points in her final home game as a Dragon, but the Huskies held off a late rally for a 55-51 win.