How a team, its star player, and their coach are leading a basketball renaissance at Youngsville 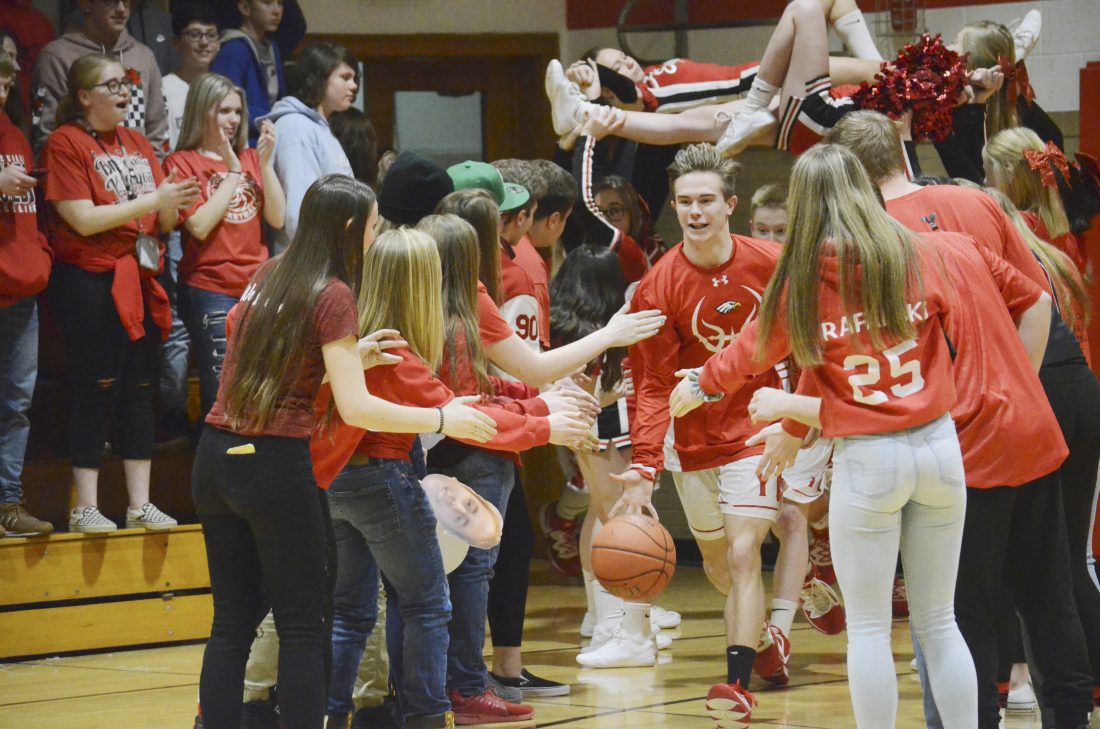 The gym is quiet, except for the sound of the basketball hitting the floor and going through the hoop. A young group of Youngsville Eagles, drenched in sweat in the heat of summer, are hard at work trying to change a culture.

It wasn’t that long ago that it was that quiet on game days as well, mostly just parents and a smattering of students showing up to a mostly empty gym.

“I remember two, there years ago there was no one here,” said senior Gage Hendrickson.

That’s all changed now, thanks to a coach, a team and a star player converging at the perfect time to take the program to heights it hasn’t seen since long before this current group of players was born.

It’s been a basketball renaissance in Youngsville. 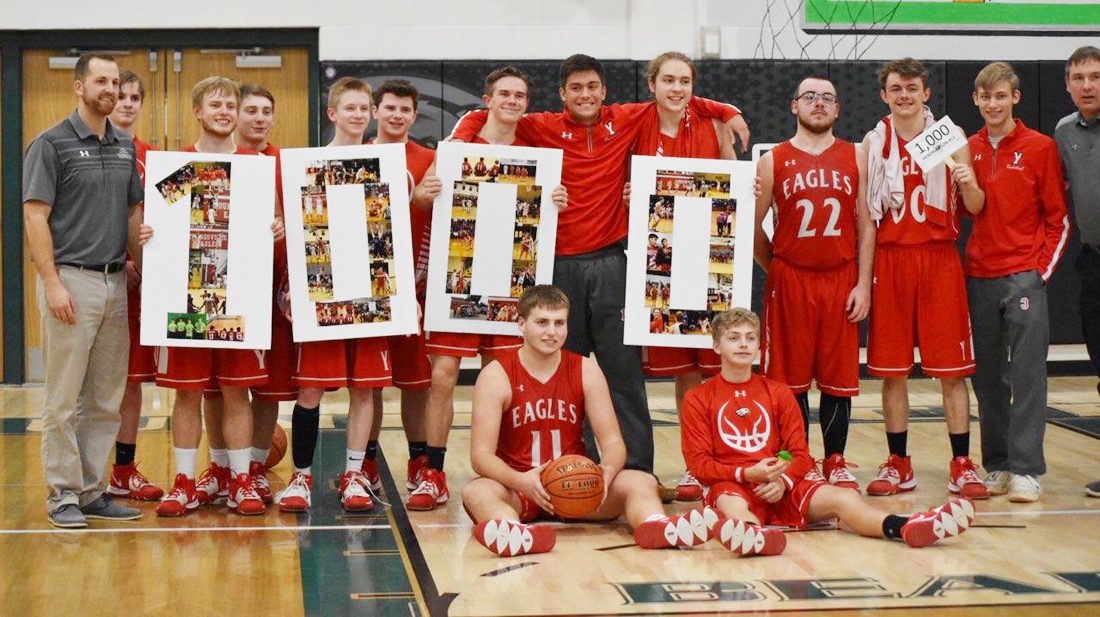 “It’s a group effort, it’s a community effort, it’s a school effort, it’s everybody,” said third-year head coach Jesse DeLoof. DeLoof arrived at Youngsville three years ago after playing for and then serving as an assistant at Pitt-Bradford, inheriting a program that hadn’t had a winning season in 15 years.

The challenge to win was a significant one.

“He wanted the challenge of being a head coach,” said Britt Moore, who served as DeLoof’s head coach at Pitt-Bradford and gave him his first job in the profession shortly thereafter. “When Youngsville came open, we discussed the possibilities. He knew it would be hard work, but he had a vision and stuck to it.”

But as Moore, who is currently the head coach at Elizabethtown College, tells it, he was a quick study.

“From day one Jesse was an outstanding leader,” he said. “After he graduated, he expressed interest in helping out. He was a great fit and was able to separate himself from the players from day one, which is difficult having just graduated.” 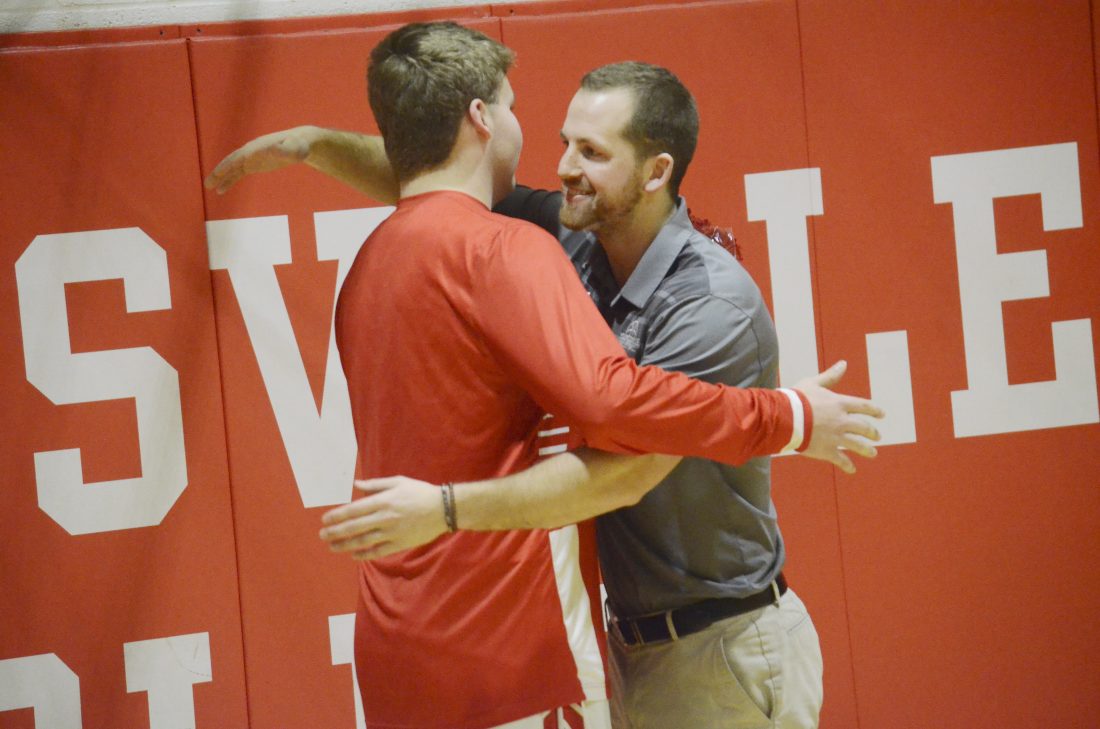 That team took its lumps, winning just four games, but both coach and players believed in what they were doing.

A sign of things to come came in the regular-season finale against a playoff-bound Eisenhower team that had won 10-straight games. The Eagles pushed the Knights to the limit, with Eisenhower needing a 3 in the closing seconds to win.

They were ready to get back to work immediately.

“The season doesn’t start in November, it starts in February,” Hendrickson said.

Now a senior, Hendrickson is an unquestioned leader on a team that’s coming off its 17th win in its regular-season finale, the most victories by the program in 25 years. He recently surpassed the 1,000-point plateau against Union City and has his sights set on helping lead this team on a deep playoff run.

“Gage, from day one, when I took over three years ago, he listened, followed and trusted me,” DeLoof said. “I think because of that, other guys were more willing to do that. He was one of the first ones to buy in, along with some other guys with that group. And it continued from there.

“I hear this quote from Phil Jackson and it makes me think of Gage a lot:’When your best player is also your hardest worker, it makes coaching easy.’ And that pertains to Gage. This is my first stint as a head coach, and to have Gage as a leader, as a captain, I feel fortunate.”

Hendrickson, as well as his teammates, have lofty goals and haven’t been shy about sharing them.

Assistant coach Dave Sherman, who joined DeLoof after his first season, recalls a text message conversation he had with Hendrickson before this season.

“We were talking about individual and team goals in general, and I’ll never forget this,” Sherman said. “I said something about ‘but’ we have to win first and everything else will fall into place. If you know Gage like I do, you know he doesn’t elaborate and he gets his point across in very few words. Gage said ‘the wins will be there.’ That’s when I knew his projected wins for our team this season were higher than my projected wins for our team. Per usual, he was right.”

Just like any great player, it took a lot of hard work to get to where he is now.

It also took advice from his coaches, which he is always quick to follow.

“We have a Gage rule,” Sherman said. “Jesse once said to me it’s my job to make sure Gage scores more. “This was early in the 2018-2019 season. We were in a drill where Gage passed up a five-footer to give the ball to a JV player who promptly missed a three-footer. Once the ‘Gaaaaaaage’ stopped reverberating around the gym, I quickly found an opportunity to introduce him to the five-foot rule. ‘From this point forward, you will shoot the ball anytime you are five feet or closer to the basket. Any questions?’ ‘No, sir.’

“He’s only had to be reminded a couple of times over the last two years of the rule.”

But being a great player with a remarkable work ethic and knowledge of the game, the coaches listen to him as well.

“We were ending a drill in open gym in the fall and walking off the court and I asked him if we had one possession where we needed a stop, what should we be in (defensively)? He never hesitated in saying ‘man,’ noted Sherman.

“Jesse and I looked at each other a little surprised. And that’s a strength of Jesse’s as a coach. Our original thought of zone defenses to minimize our lack of length started going out the door the next day and we became more of a man-to-man team moving forward. Other coaches wouldn’t have been so flexible. It helped that Gage’s opinion carried that much weight. That’s why the two of them were meant to be here at the same time.”

As far as their relationship goes, DeLoof and Sherman work seamlessly together, and Sherman recognizes the strengths in the Eagles’ head man.

“He doesn’t yell at a player because he can’t do something, he yells at them because they can,” he said. “He sees a player’s ability and encourages them to achieve it. Someday I’m going to be watching a college basketball game with a grandchild or two and I’m going to point to a coach on the sideline and say, ‘I coached with that guy at Youngsville when he was first starting out as a head coach.’ No doubt in my mind.”

Both coach and players alike have gotten the best out of each other.

Mack and Kesterholt are fearless guards who play much bigger than their size would indicate. Olewine is perhaps the most athletic player on the team, and the second-leading scorer also defends at a high-level. Peterson is a classic ‘glue guy,’ doing all of the little things that might not show up in a box score. The sharp-shooting Bower has the ability to stretch the defense from anywhere on the floor, while Procter gives the Eagles size, energy, and a defensive presence.

Mack had a breakout performance in that game two years ago against Eisenhower, and he, along with his teammates, have continued to put in the work.

They have the results to prove it.

“In the offseason, it’s about going to the weight room, getting shots up and taking every chance possible to get into the gym,” Mack said.

It’s a mindset that permeates every layer of this program and everyone involved in it.

It all started with a young coach and a young group of players willing to buy in, and they’ve picked up plenty of fans along the way.

“Jesse is a coaching star and has a bright future,” Moore said. “It’s been great to follow Youngsville and their success. We talk once a week or so and I am very proud of what he has done.”

The pride the community has in this team is also obvious. Paltry crowds have been replaced with a packed house every single time they step on the floor.

“It’s so much fun,” Mack said. “You get to see the town come out and support you and it just feels really good.”

They will take their home tonight against Mercer (7 p.m.) in the first round of the District 10 Class 2A playoffs looking for the program’s first postseason win since 1992, when their head coach was just a baby.

And while DeLoof preaches one practice, one game at a time, the potential of what may lie ahead is something they’ve thought about for a long time.

“We’ve been thinking about it (a District 10 championship) since we were in fifth, sixth grade,” Mack said. “It’s always been a dream of ours to go deep in the playoffs. That’s what we’re going to try and do.”

One thing is for sure, there won’t be an empty seat in the house along that journey, which begins tonight.