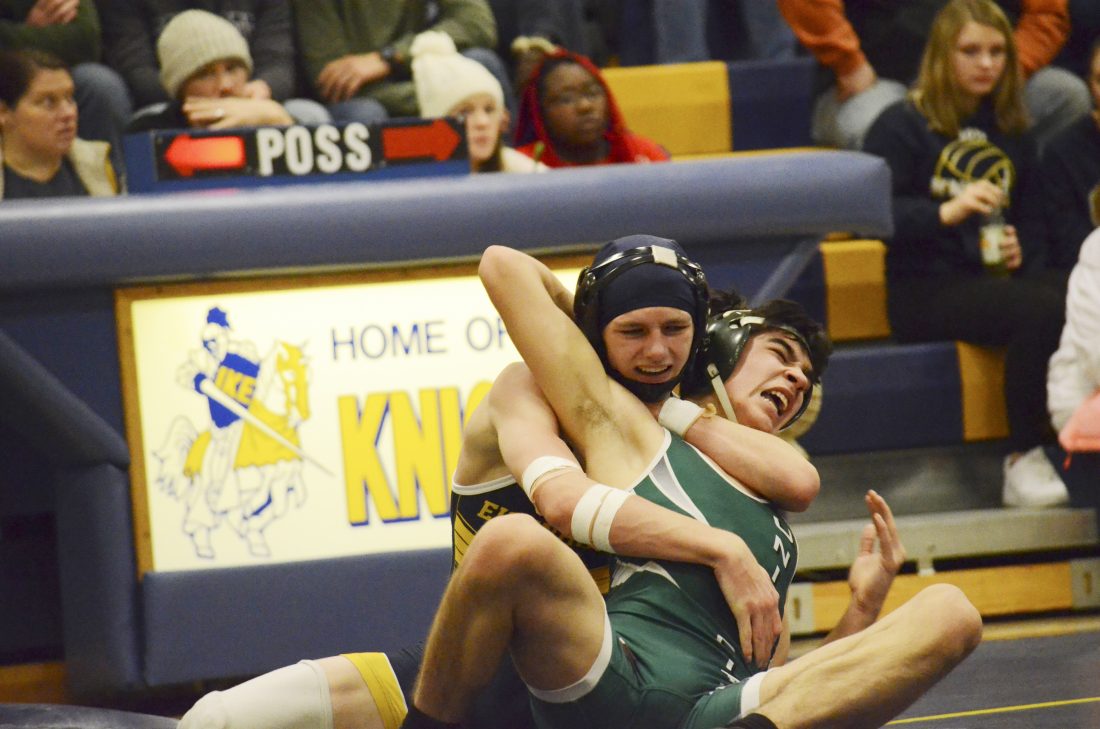 Eisenhower's Easton Hedman is through to the 132-pound semifinals at the Section I Tournament.

MEADVILLE, Pa. – Eisenhower’s Anthony Rivera, Logan Jaquay, Easton Hedman, Josh Bortz and Cael Black are all through to the semifinals at the District 10 Section I Tournament.

Of those five, only Bortz had to wrestle multiple matches. The other four received first-round byes and needed just one win to get into the semis.

The Knights got off to a fast start, with only one opening-match loss.

“I thought that we wrestled well tonight,” said Eisenhower coach Kris Black. “We had a really good first round. It went as good as it could have been. We were aggressive and a lot of guys had good wins in that first round.”

At 145, Bortz (30-4) made quick work of Youngsville’s Colton Garris in his first match, earning a fall in 1:15. His quarterfinal bout against talented Seneca freshman Ryan Miller (19-9) was much more challenging. Bortz came away with a hard-fought 3-2 decision, and will meet top seed Jackson Spires (19-2) of General McLane in the semifinals. The other semifinal at 145 features Fort LeBoeuf’s Joel Huck (28-9) against Corry’s Nick Lapinski (34-6).

Jaquay, meanwhile, improved to 30-0 on the season with a second-period pin of Brandon Lafferty in the 120-pound weight class. In the semifinals, he will square off with Corry’s Damion Kinney (23-16). The other semifinal pits Harbor Creek’s Joe Capin (23-7) vs. Cocrhanton’s Jake Martinec (27-5).

In his 132-pound quarterfinal match, Hedman (25-6) dominated to the tune of a 16-5 major decision over Union City’s James Leyda. He will meet Saegertown’s Jaden Reagle (23-7) in the one semifinal, while top-seed Matt Leehan (34-4) of General McLane will square off with Girard’s Ethan Herman (16-8).

Black (27-4), meanwhile, met county foe Alan McAllister (12-12) of Youngsville in the quarterfinals, after McAllister won his opening match via second-period fall over Cochranton’s Antonio Nieves. The match went the full six minutes, with Black getting a 16-3 major decision.

For Youngsville, Collin Clough and Jacob DeSimone won their opening matches at 138 and 285, respectively, with first-period pins. Their road got tougher in the quarterfinals, however, as Clough was pinned in the first period and DeSimone the second.

Both are still alive, however, as are all of the Eisenhower wrestlers.

For Ike, Gannon Jaquay (23-10) needed just 35 seconds to pin Northwestern’s Matthew Bendure in his opening match, before dropping a 7-4 battle with Cochranton’s Justin Boozer (20-8) in the quarterfinals.

The Knights’ Jake Williams was impressive in earning a decision in his first match against Seneca’s Dylan Marie. In the quarterfinals, he met No. 2 seed Alex Kightlinger of Saegertown. Williams made Kightlinger (25-5) work for his win, ultimately dropping a 4-0 decision.

“Jake had a tough first-round match and he came back and wrestled really well in his second match,” Black said.

Eisenhower’s Mikael Beaver got an 8-4 win over Northwestern’s Ben Campbell in the first-round, setting him up with top-seed James Laird of General McLane. Much like Williams, Beaver made Laird earn it with a 5-0 decision.

“Ethan Nizzi he really went after it tonight,” noted Black. “You’re going to get losses, especially in those quarterfinal, semifinal rounds. None of our kids backed down, so that was good. We had a good week of practice and our kids have been wrestling better each time out. We’re hoping to have a good day tomorrow.”

Black and his staff preach the ‘survive and advance’ mindset when the postseason rolls around, something this group embraces.

“We really do talk about it a lot,” Black said. “It’s pretty cut and dry. Either you find a way to move on or you’re done.”

The top seven wrestlers in each weight class move on to the District 10 championships next Friday and Saturday at Sharon High School.

“I was pretty happy with our guys,” stated Black. “Hoping for a good round to start in the consi wrestlebacks and the guys in the semis, hopefully we can get some of them to the finals.” 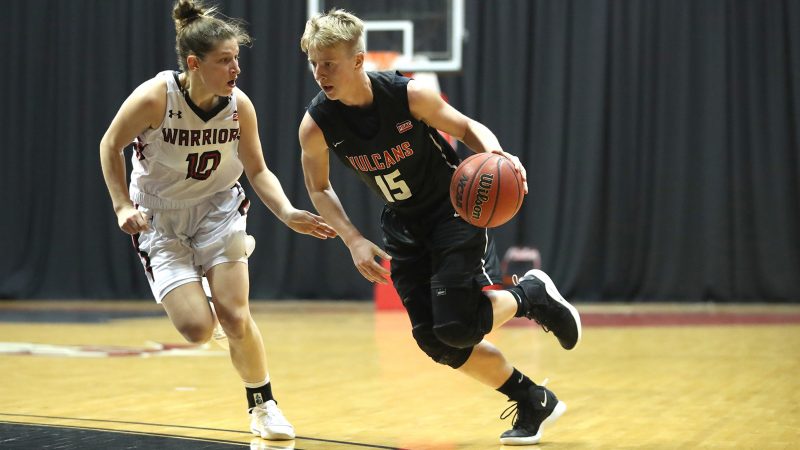