Dragon seniors lead the way in victory over Mercer 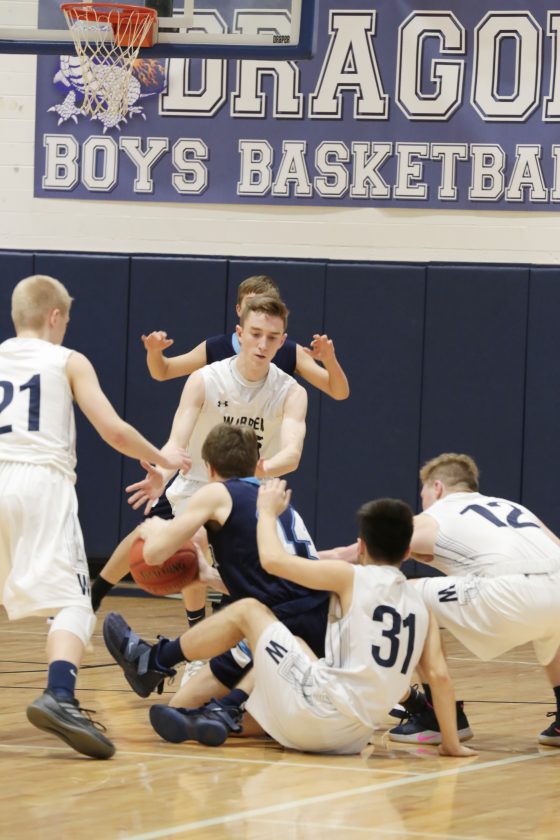 Ten different Warren players found their way into the scoring column as the Dragons rolled to a 75-31 Senior Night win over Mercer on Saturday.

The Dragons (13-8) raced out to a 22-2 lead after the first quarter and cruised the rest of the way.

Bablak had seven of his team-high 14 points in the first quarter and also dished out five assists.

“We got off to a quick start and all the seniors got involved, which was a great thing,” said Warren coach Jeff Berdine. “This was a good opportunity to step away from the grind of region play.”

Swanson knocked down a pair of shots in the second quarter and Bablak drilled a 3 as the lead swelled to 27 at the half, 39-12. Ben Berdine also scored six of his 10 points in the first half.

Payton Barnes scored six of his 12 points in the third quarter, while Vazquez also connected from deep in the period.

Swanson scored six of his 12 points in the fourth quarter, as the Dragons were able to get everyone involved.

Warren now turns its attention to a Tuesday home date with Corry in their Region 6 and regular-season finale. A win and the Dragons will finish 7-5 in the region, as will the Beavers. If Titusville were to win at Fort LeBoeuf on Tuesday, both the Rockets, Dragons and Beavers would finish tied for second behind Harbor Creek.

The Dragons are projected to hold the ranking index point system tiebreaker in that scenario and would claim the second spot. They could also finish as low as fifth if they were to lost and go to 6-6, where they would lose out on a tiebreaker with General McLane. The only seed from the region they appear unlikely to get at this point is No. 4, which would avoid a potential quarterfinal matchup with Hickory, the No. 3 ranked Class 4A team in Pennsylvania.

Junior varsity action gets underway at 6 p.m. Tuesday, with varsity to follow.