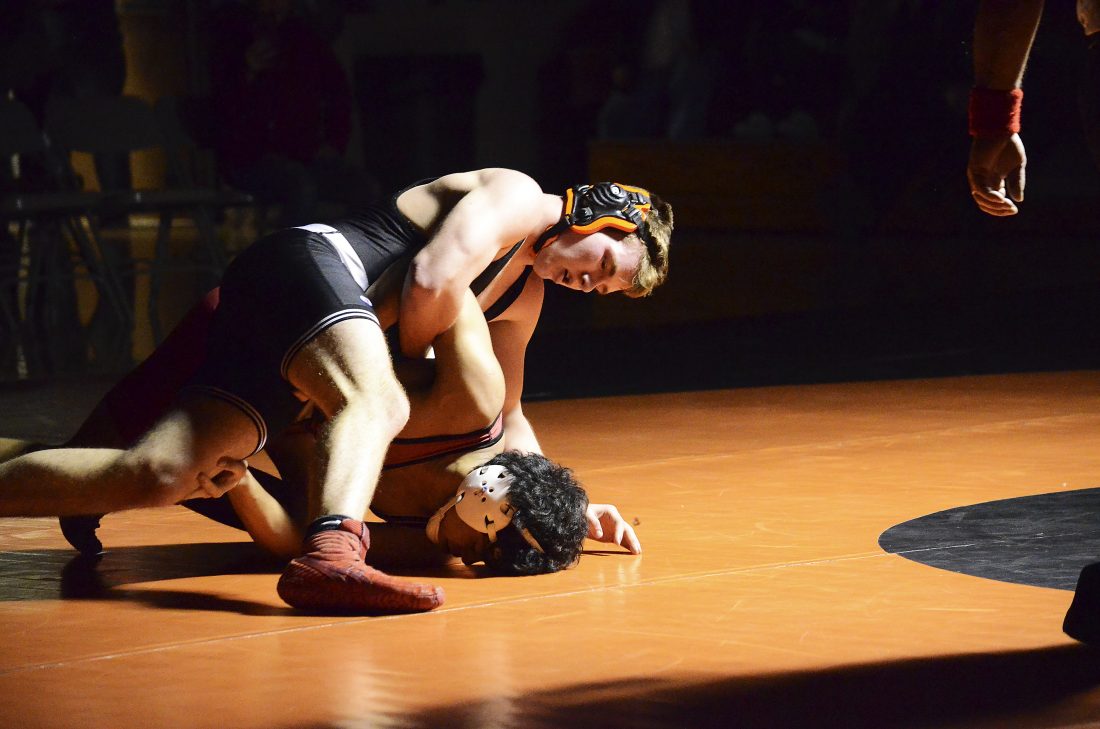 Times Observer photo by Brian Hagberg Sheffield’s Landon Mead tries to turn Cameron County’s Luiz Patricio to the mat during their 152-pound match at Sheffield High School, Wednesday, Feb. 12, 2020. Mead picked up a third period pinfall win as the Wolverines rolled to a 72-3 win over the Red Raiders.

Sheffield won three of the four contested matches, all by pinfall, and took the rest by forfeit to close out the regular season with a 72-3 win over visiting Cameron County Wednesday.

The outcome of the match was never in doubt, though the Wolverines gave their fans reason to stay til the end as they closed out the dual with three straight pins. The win moves Sheffield’s overall record to 9-6 on the year.

“Being 9-6 overall is a big improvement,” Sheffield coach Jack Rice said. “The kids have been working hard and they wrestled well.”

Todd Peszlen and Ethan Finch opened with a pair of forfeits at 170 and 182. Following a no contest at 195, Casey Anderson picked up Sheffield’s third forfeit at 220.

The first contested match of the night occurred at 285. Danah Campbell squared off with Timothy Hasselman and the two wrestled to a scoreless first period. Campbell nearly secured a takedown just before the buzzer, but the official ruled the wrestlers had gone out of the circle. Hasselman chose the down position to start the second and picked up an escape point. Campbell couldn’t escape in the third, though he nearly turned Hasselman into a reversal. Campbell ran out of time before he could secure control and Hasselman came away with the 1-0 decision. 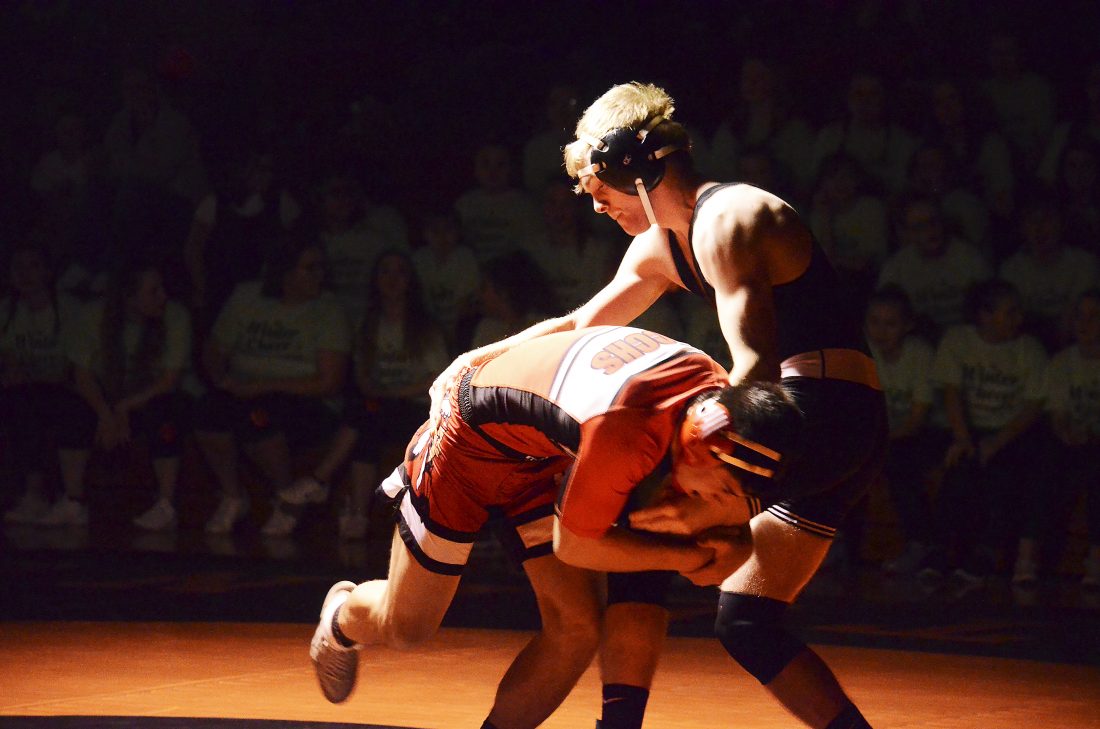 Kevin Marfink needed just 1:17 to cinch in a pinfall win over Eyan Smith at 145.

Landon Mead and Luiz Patricio had the match of the night at 152. Mead was able to use his strength to secure a pair of takedowns in the first period, but Patricio’s speed allowed him to escape and reverse. Mead held a 5-3 advantage going to the second. Patricio chose to start on bottom and quickly escaped. Mead grabbed another takedown to hold a 7-4 edge after two. Mead started on bottom in the third and reversed. Patricio escaped again. Mead picked up another takedown, but this time was able to turn Patricio on his back to pick up the pinfall victory.

“Landon is starting to turn the corner,” Rice said. “I’m looking for a good postseason from him.”

The Wolverines now turn their attention to the individual postseason and the District 9 Tournament next weekend in Clearfield.

“We’ve got some guys who are a little beat up,” Rice said. “This next week and a half is good recovery time for them to heal up.”