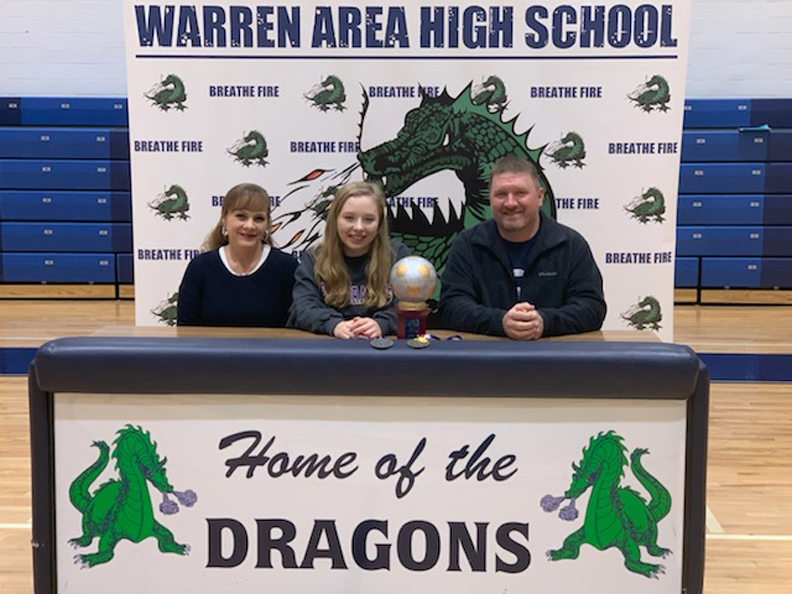 Warren Area High School senior Emily Egger (center), seated next to her mom, Jen, and dad, Josh, has signed to play college soccer at the University of Pittsburgh at Bradford.

Warren Area High School senior Emily Egger is dedicated in everything that she does.

From the classroom to the soccer field and every aspect of her life, there’s nothing she isn’t capable of when she sets her mind to it.

A standout soccer player for the Warren Lady Dragons, she wasn’t necessarily thinking about playing in college.

But that changed in a hurry.

“It didn’t really start until during the season when a coach expressed she was interested in me,” she said. “But with nursing, I wasn’t sure if I wanted to do it, because it’s a hard major to do soccer with.” 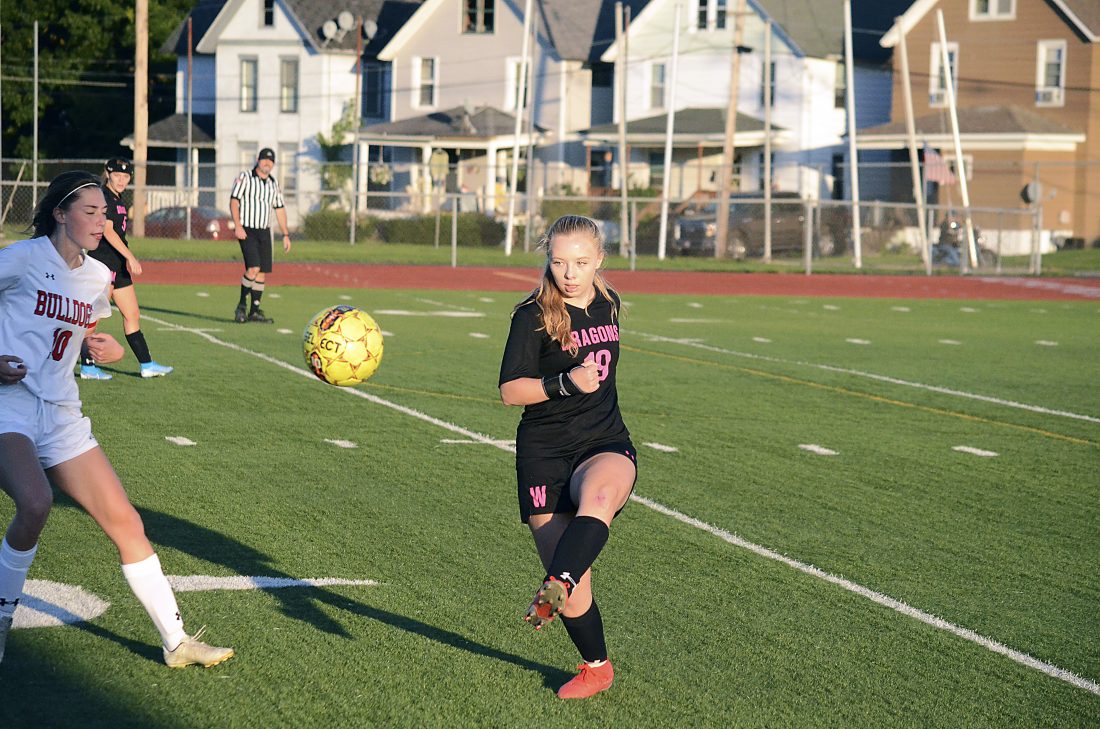 But that coach, Pitt-Bradford’s Melissa Graham, helped convince Egger she could do both.

The connections at Pitt-Bradford for her are strong, as that’s where her mother, Jen, went to school.

And as it turns out, they have a great nursing program.

“I do the health and medical assistant program at the career center and I’ve always been interested in the medical field,” Egger said. “I wanted to be an athletic trainer at first and now I want to go into nursing.”

More than just the major, it’s the campus and its environment that also drew her to the school.

“Just the environment in general,” she said. “It’s very laid back. It’s also a little bit away from the town, but not too far so I can go and do something if I want to. I just fell in love with it.”

Egger hadn’t reached out to any colleges expressing interest in playing soccer, but her play spoke for itself.

The love of the game started at a young age for Egger. She began playing in the Y League at the age of seven and that love blossomed as she grew up with the game.

“I think I’ve always just grown up with it. It’s always been in my heart,” she said. “In Kinzua, we’d make up little dances to do after a goal. It was just really fun. And I did it with the people I grew up with, which made it even more fun.”

She continued to play the game with the friends she grew up with as they got to high school.

The Dragons had success each of the last three years under coach Jeremy Bickling, but took it to another level in 2019, capturing the first District 10 title in program history.

“We always knew that we were capable of accomplishing what we did this year,” Egger said. “We had great chemistry. As we got older, it was more and more girls that we grew up playing soccer with. So we had chemistry with them already and were comfortable. This year, you usually feel an age gap between the grades, but this year there was no age gap. It was just very natural.”

One of her fellow seniors, Sawyer Mohney, connected on the game-winning goal in the D-10 title game against Meadville, in overtime on a free kick.

It was a moment frozen in time, but one that Egger remembers vividly.

“I remember Sawyer was taking the free kick. I remember watching it go into the net and I couldn’t believe it,” Egger said. “I thought it went over the net. When I saw it go in, I was so happy for my team and for my friends because we have grown up together and that was always our dream.”

Postseason honors rolled in for the Lady Dragons, and Egger was rewarded as an all-region choice.

The same goes for her parents.

“For me and her mom both, it’s been amazing to watch her grow,” Josh said. “Her skills and leadership on the field and off the field have been really fun and exciting to watch.”

Like any high school athlete, there is much more to Egger than just her athletic accolades.

“Outside of soccer and school, I like to paint,” she said. “I draw, I write, I’m very artistic in that sense. I like to do my own research on different things that I’m interested in. I didn’t start getting into it until I was about 10 years old and my parents got me my first paint kit. After that, I got really into it.”

To that point, she says that’s part of how her friends would describe her.

“They would describe me as artistic and creative,” she said. “Funny… sometimes, and very dedicated.”

Dedicated might be the perfect word to describe her.

“She’s definitely very dedicated,” her dad said. “When she puts her mind to it she can accomplish anything. She’s proved that to us many times over the years. She’s loving and caring and has a go get ’em kind of attitude.”

She also has a mentor in her brother, Andy, who was a standout football player for the Dragons before going on to Grove City College.

“He’s given me workout advice,” she said. “He’s going to take me to the Y and show me some workouts to start doing. He’s been a fitness mentor for me, always pushing me.”

College is rapidly approaching, and with it, the end of one chapter of her life and the beginning of the next.

It’s something she says she has talked about often with her friends.

“We talk about it all the time,” she said. “Sometimes we tear up about it. We’re sad that we’re leaving each other, but know that we’ll stay in touch.”

But that next chapter is one she is excited about.

“I’m looking forward to making new friends,” she said. “Getting that college experience, learning how to study and how to help people in the future.”

Helper, leader and dedicated in everything she does.

Warren Area High School senior Emily Egger (center), seated next to her mom, Jen, and dad, Josh, has signed to play college soccer at the University of Pittsburgh at Bradford. 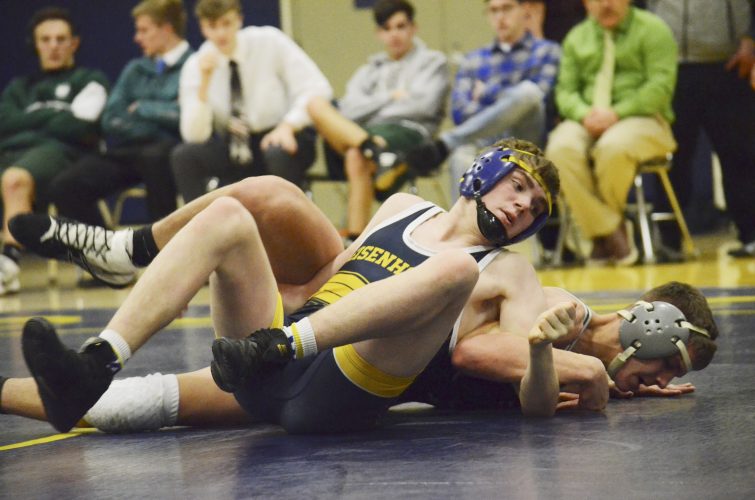 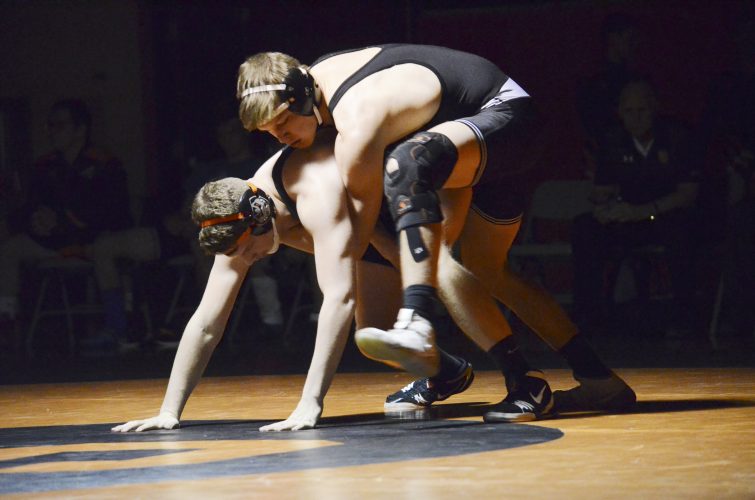 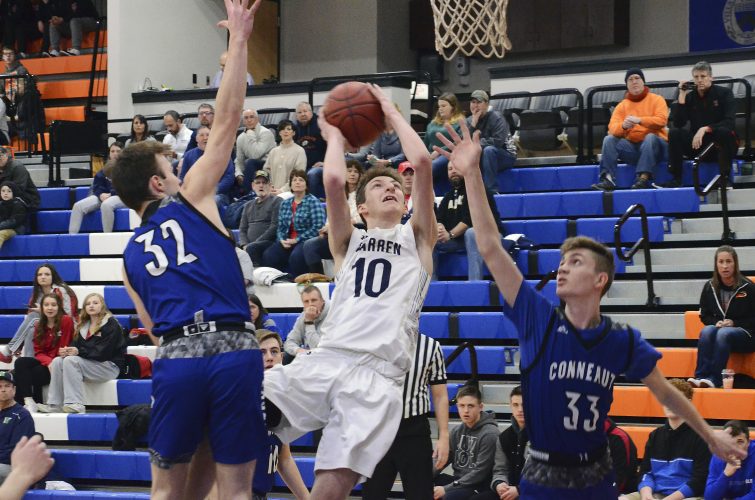