Bablak at the buzzer sends Dragons to tourney title 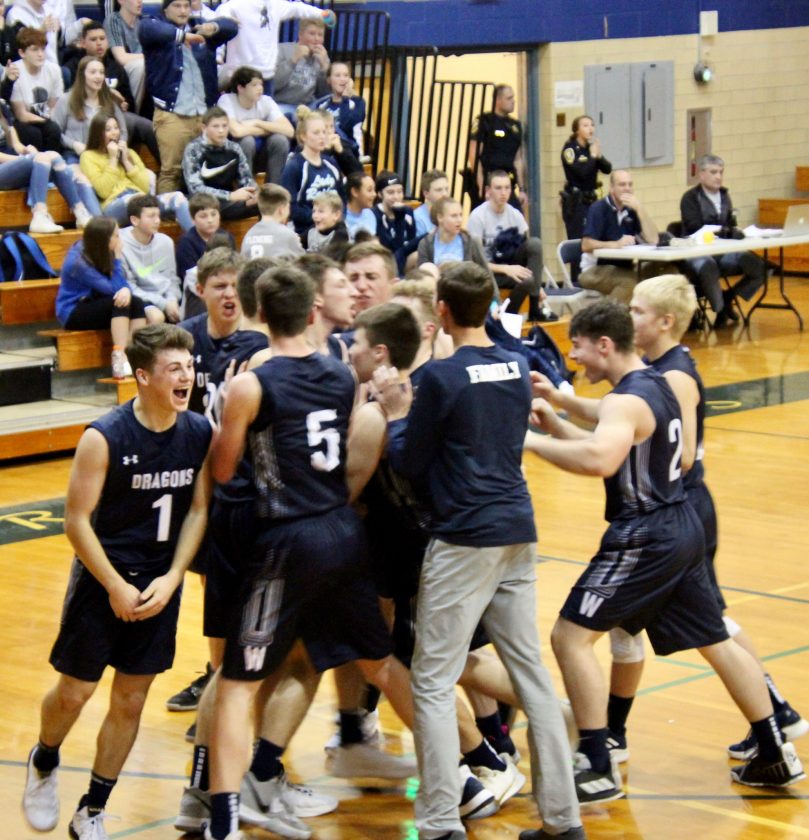 Warren players celebrate after Tom Bablak’s game-winning 3-pointer as time expired in the championship game of the Brookville Tip-Off Tournament.

BROOKVILLE, Pa. – Nothing but net!

After both teams earned blowout wins on Friday, this game was anything but, with neither side leading by more than seven the entire way.

Tied at 60, the Dragons intended to hold for the last shot, but missed a chance to take the lead, leaving Brookville with time.

The Raiders’ Jack Krug got fouled going to the hoop with five seconds left and made the first free throw but missed the second.

“Ryan Rafalski got it to Mitch and he knew he didn’t have a great shot, so he made the next pass to Tom who was open and nothing but net,” Berdine said.

“It’s tough to draw something up because you’re not sure how the other team is going to play it,” he said.

Both teams traded blows throughout the game, a true early-season heavyweight fight against the defending District 9 Class 3A champions, who return plenty of firepower from that team.

Ben Berdine finished with 16 points six rebounds and four assists and was also named to the all-tournament team. He scored 40 points in the two games.

The Dragons shot very well in both games, and coach Berdine noted the unselfishness his team is playing with early on.

“Something I can tell early on is that this group is going to be willing passers and find the open guy,” he said. “This group did that last year at the JV level, and overall very happy with that over the first weekend of the season.”

Warren returns to action Monday, playing St. Marys in their home opener. The Dragons will be looking for revenge against the Dutch, who swept them in a pair of close games last season.