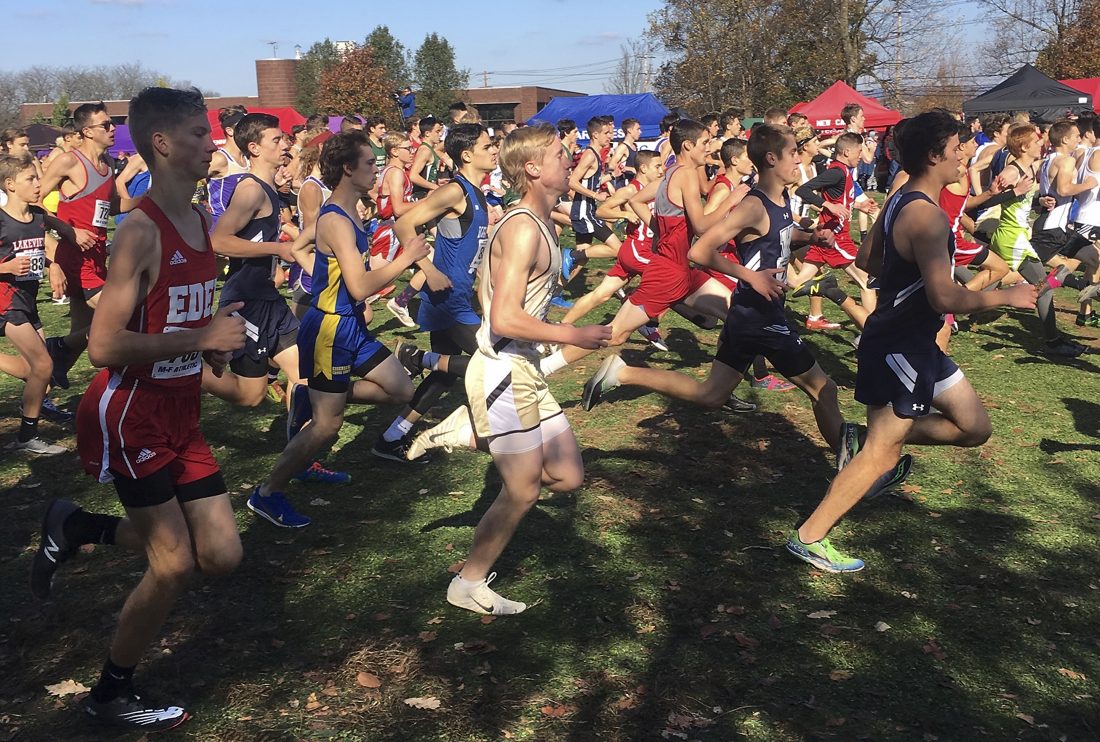 Photo submitted to the Times Observer Eisenhower’s Ethan Kellogg runs at the start of the PIAA Class A State Cross Country Meet in Hershey, Saturday, Nov. 2, 2019. Kellogg qualified for the state meet for the first time this season and finished with a time of 18:04 to finish 77th overall.

Warren County had a trio of representatives at the PIAA State Cross Country Meet in Hershey Saturday.

Warren senior Naomi Hahn made her fourth trip to states, while teammate Katie Beyer and Eisenhower’s Ethan Kellogg made their first appearance at the state level. Beyer had the highest finish, coming in 55th in the 2A race, with Hahn 110th. Kellogg was 77th in the 1A race.

“Being at the highest level for PIAA is always a great way to end the season,” Warren coach Kevin Dustin said. “For Naomi, making this trip four times and coming home with one medal in that time is a really big achievement. Katie making her first trip for her first time running cross country is great, and I think she took a lot of experience away from the race.”

“Ethan ran a good race,” Eisenhower coach Darlene Beach said. “He moved up a little in the middle and finished strong. It was a good experience for him.”

Northern senior Marlee Starliper took home the state title in the girls 2A race with a time of 17:11. Penns Valley juniors Colton Sands and Brendan Colwell finished first and second in the boys 1A race, respectively. Sands came in at 15:56, with Colwell not far behind at 16:05. 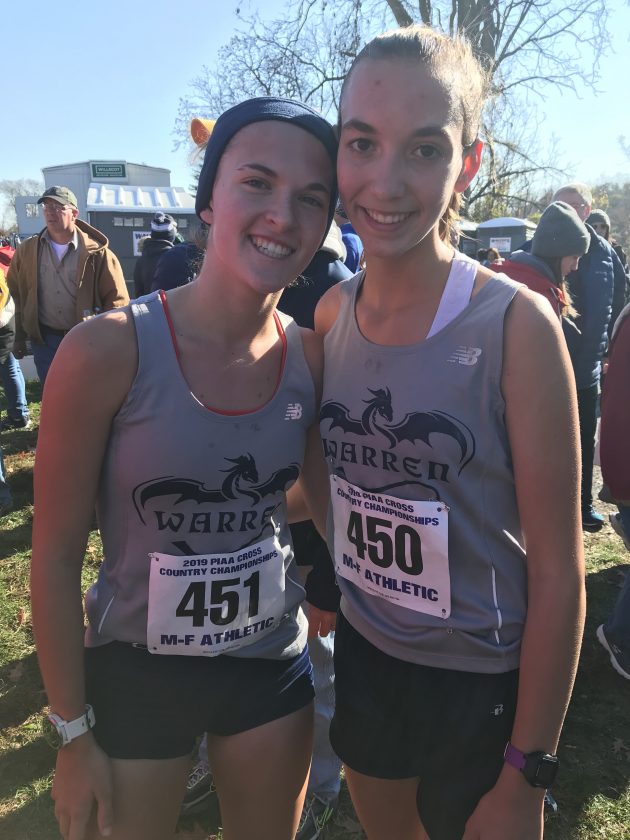 Photo submitted to the Times Observer Warren's Naomi Hahn and Katie Beyer are all smiles at the PIAA Class 2A State Cross Country Meet in Hershey, Saturday, Nov. 2, 2019. Hahn ran at the state meet for the fourth time, while Beyer made her first trip to Hershey.

The runners had to compete not only with the other participants, but the elements as well. Heavy rains in the area Thursday and Friday forced officials to turn to the alternate course. Cool temperatures Friday night left a layer of frost on the course Saturday morning as well.

Both Kellogg and Hahn missed significant time this season due to injury, but were able to get back in time to make a run for states. Beyer, a sophomore, has been a revelation for the Dragons in her first season on the team as she earned a top-10 finish at districts and qualified for states.

“He didn’t give up and stayed in there,” Beach said. “It was a good weekend for us.”

“It was a great year for Warren cross country,” Dustin said. “And (Katie and Naomi) were great representatives for us at the state meet.”