Warren’s Grosch fulfilling his dream by signing with Mercyhurst 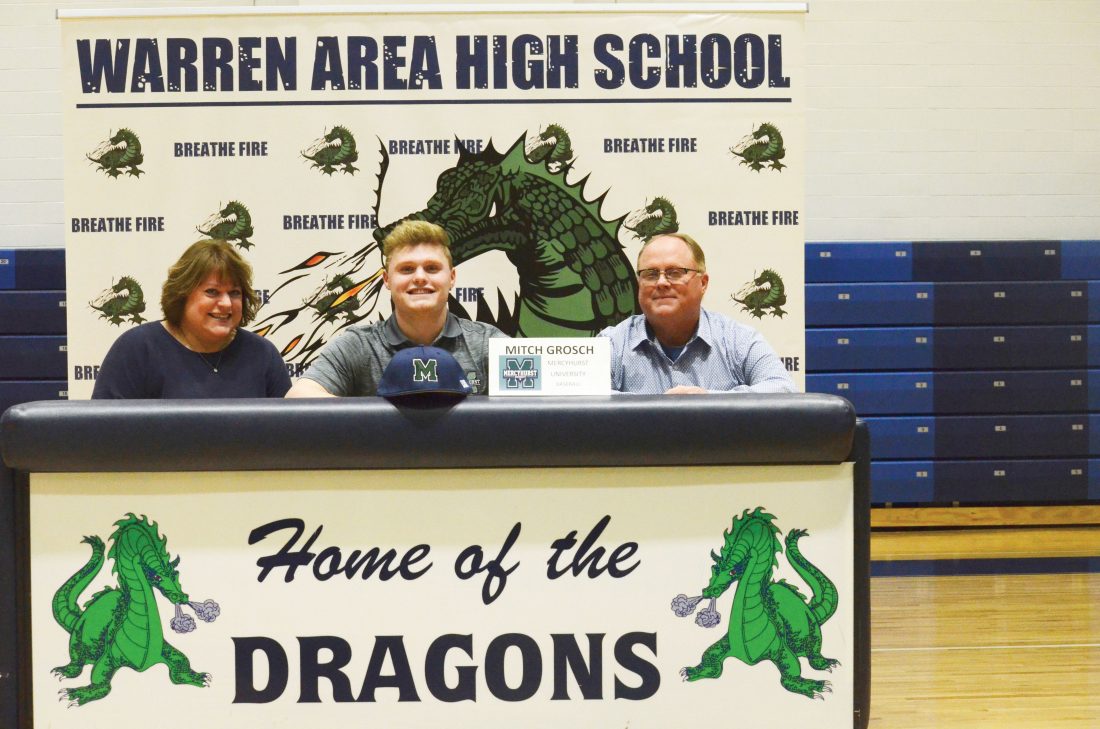 The term ‘professional hitter’ gets thrown around from time to time across the baseball landscape. It applies to guys that can literally roll out of bed and get a hit.

As pure a hitter as you will find across the high school baseball landscape, Grosch recently signed his National Letter of Intent to play for Division II powerhouse Mercyhurst University.

“This has been a dream my entire life,” Grosch said. “I’ve been working hard towards it every day and finally getting the chance to sign and play at Mercyhurst, a great school, I couldn’t be happier.”

Combine that tireless work ethic with his natural ability, and you get a player of Grosch’s caliber. 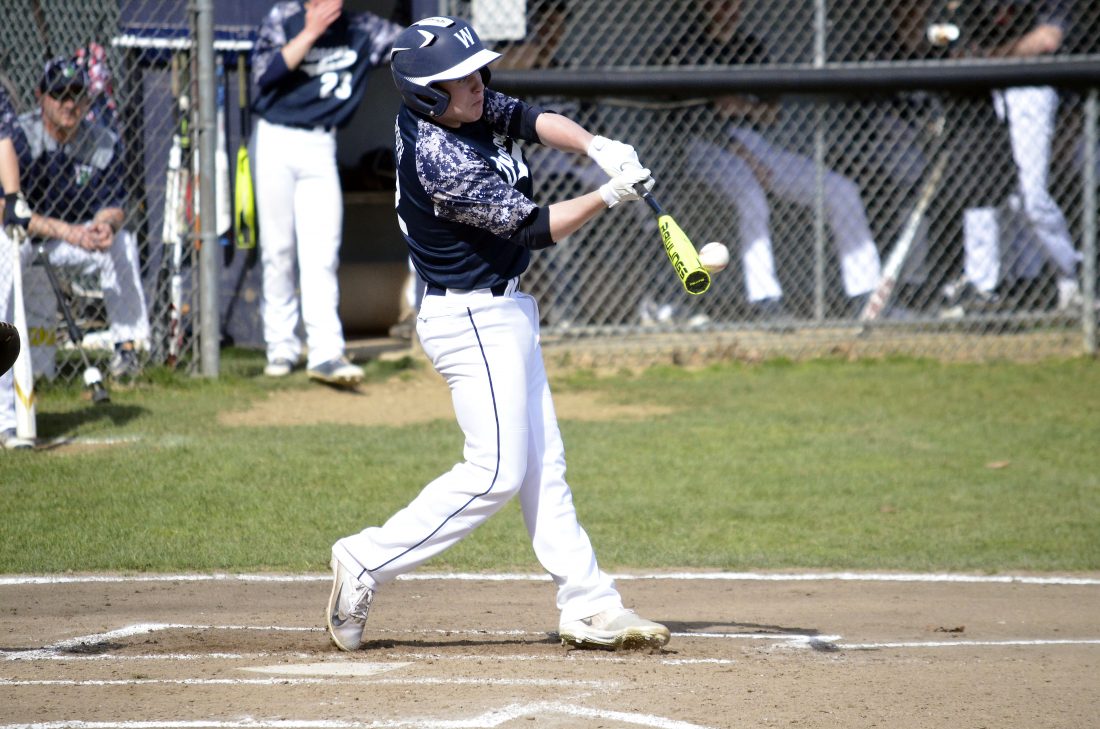 Warren's Mitch Grosch will continue his academic and athletic career at Mercyhurst University.

On a stacked Dragon team in 2017, Grosch immediately stepped into the starting lineup at third base as a freshman and has never looked back. All coach Rick Eaton has to do is pencil his name in the lineup card, and he knows he’s going to get a consistent at-bat every time up.

His breakout season came as a sophomore, when he hit .508.

He, along with teammate Ryan Rafalski, continue the Warren to Mercyhurst pipeline, and it couldn’t be a more perfect fit.

“I just love what they’re doing,” Grosch said. “The legacy has been great the last few years and it’s not too far from home. I’m deciding between a couple of different majors and the school has good programs in those majors. I just thought it was the right fit for me.”

As a junior, Grosch hit .355 with a team-leading .517 on-base percentage. He has the ability to play both middle infield spots, and did so in 2019, as well as third.

He was also a major part of the well-documented Dragon pitching staff, compiling a 1.38 ERA and 36 strikeouts in 25 1/3 innings pitched.

The love of baseball started at a very young age for Grosch and stems from his father, Jim, who was a natural hitter in his own right.

“My dad,” the younger Grosch said when asked of his biggest influence. “He just pushes me every day to work towards my goals.”

And, while he has gained a wealth of experience playing not only in high school but in travel ball as well, he is excited about all of the new endeavors college has to offer.

“I’m looking forward to all the experiences,” he noted. “Going to places I haven’t played before

Warren’s Mitch Grosch will continue his academic and athletic career at Mercyhurst University.

, developing my skills and learning more than I ever have before.”

Before that begins, however, Grosch, along with his senior teammates, will have one final ride together in 2020, where they will look to defend their District 10 title.

With all of that dominant pitching returning, it’s easy to envision a scenario where they do it again.

And as for his younger teammates, what advice would he give them?

“Discipline, keep working hard, control what you can control and go from there,” he said.

He also joins a proud Warren baseball tradition of guys that have gone on to play in college. It’s impressive, to say the least.

“It’s great,” he said. “Continuing the tradition here at Warren. It seems like a lot of guys have been going on to play college ball and hopefully they will in the future, too.”