A love of volleyball has Lex Nyquist headed to Bloomsburg 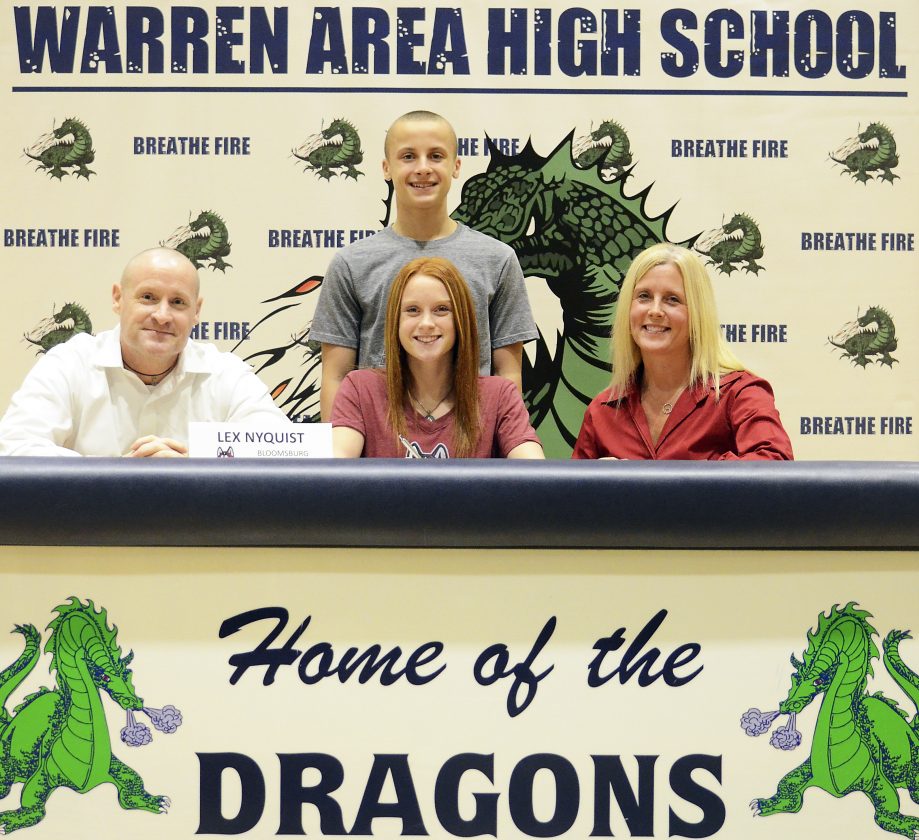 Times Observer photo by Andy Close Warren volleyball senior Lex Nyquist signs her National Letter of Intent, while her dad, Tim, mom, Lindsay, and brother, Tom, look on during a signing day ceremony at Warren Area High School, Wednesday, Nov. 14, 2019. Nyquist, the Dragons career and single-season assists leader, has a love for volleyball and will continue her career at Bloomsburg.

It’s not often the word addiction is used in a positive connotation.

But for Warren Area High School senior Lex Nyquist, her particular addiction is opening the door to her future.

“I’m addicted to volleyball,” she said. “It’s something I always want to play. I love it.”

After signing her National Letter of Intent Wednesday, the Lady Dragons standout will get to continue her playing career for the foreseeable future at Bloomsburg University. The Huskies just finished their second season and Nyquist is looking forward to building the program there.

“It’s a young program and I think it would be really awesome to be a part of that,” she said.

It wasn’t always volleyball that had her focus.

Nyquist has been playing softball since the age of 4, and until her sophomore year had every intention of pursuing a collegiate career on the diamond.

“Sophomore year, I switched gears,” Nyquist said. “I just couldn’t stop playing, and I loved the people I was playing with. Everybody was so good and it was great to see everybody grow together.”

For the ultra-competitive Nyquist, running the offense for one of the best teams in the state certainly helped that love for the sport grow stronger.

“I knew the transition from sophomore year to junior year was going to be a ‘legendary’ one,” she said with a chuckle. “I love winning too. That’s the competitiveness in me.”

In her three years as a starter, the Dragons compiled a record of 45-12, won the program’s first ever District 10 championship and finished second in the state in 2018.

“To say that it will be difficult to replace Lex next season is a huge understatement,” Warren volleyball coach Mike Dolan said. “For the past three years as a starter, she’s not only been running the offense and putting up great sets for her hitters, but also doing so much more.”

It took a little prodding from a friend, and vision from another Warren County coach, to set Nyquist down this path.

“When I was in seventh grade, I went to a practice with Marissa Grubbs,” Nyquist said. “She was like, ‘Come practice with me.’ The coach, Scott Olson, just said, ‘You have great hands. You’re going to be my setter. Go home and set to yourself 1,000 times.’ And I did.”

The work certainly paid off. Nyquist leaves the Warren volleyball program as the career and single-season assists leader. She picked up 2,846 assists in her career, with 1,094 of them coming during her junior year alone. She was also named to the PVCA All-state team as a junior.

For Dolan, Nyquist’s impact on the Dragons extended well beyond the court.

“Although she’s obviously a gifted athlete who amazes everyone who watches her play, she also has shown the way to excellence by putting in the hard work through countless hours in the weight room and on the court,” he said. “Always working on being the best she can be so she can help her teams win, she has become a great leader off the court as well. Lex will definitely be missed in our gym, but the impact she has had on Warren Volleyball and all its players will last for quite some time. We look forward to seeing her excel at the next level.”

It’s not just her volleyball coaches who have seen Nyquist’s off-field dedication and work ethic either.

“I remember coaching her all the way back to Tee Ball,” said Warren softball coach Jon Sitler. “She’s always been someone who stood out athletically, whether it was YMCA soccer or basketball or the fact she is a 2nd degree Black Belt. But the closer I became to her and her family, the more I realized that, what really made her special was her determination and work ethic. At seven or eight years old, there was a youth basketball game in which I didn’t see the opposing team’s point guard get the ball past half court one time the entire first half. They asked us to switch her to guarding another player. There isn’t a person I’ve known, young or old, that works harder than she does, mentally, physically, emotionally. That may not make sense, but it does if you know her.”

Volleyball has opened the door for Nyquist to pursue her other passion, helping people.

She plans to enter the nursing program at Bloomsburg with her eye on becoming a Nurse Practitioner.

In junior high, she initially had her sights set on law, but a moment of self-reflection, and a little nudge from dad, steered her to the medical field.

“I wanted to be a lawyer in middle school, then I realized that I’m not a confrontational person, so that was not my thing,” Nyquist said. “My dad said, ‘You’re such a kind-hearted person, you should try the medical field.'”

Coincidentally, Bloomsburg’s nursing program was holding an open house the same weekend Nyquist went on her official visit. That cemented the decision.

“The nursing video they put on and the presentation, I said, ‘I need to do this,'” she said. “That was when I decided this is what I’m going to do.”

In the short-term, Nyquist wants to earn her way onto the floor as a freshman. She knows it won’t be easy, especially since Bloomsburg head coach Dan Kreiger was a former setter himself.

“Dan is super dedicated to the team,” Nyquist said. “He said, ‘Being a setter for me is not going to be easy. I’m going to kick your butt.’ That’s what I want because I can take it and I want to be the best I can be. So that’s perfect.”

And the hard work? That will only serve to feed this addiction to volleyball.

“I want people to remember me as a kind, hard-working, confident person,” Nyquist said. “But I also want them to think of me as a determined person who won’t stop at just OK or good enough.” 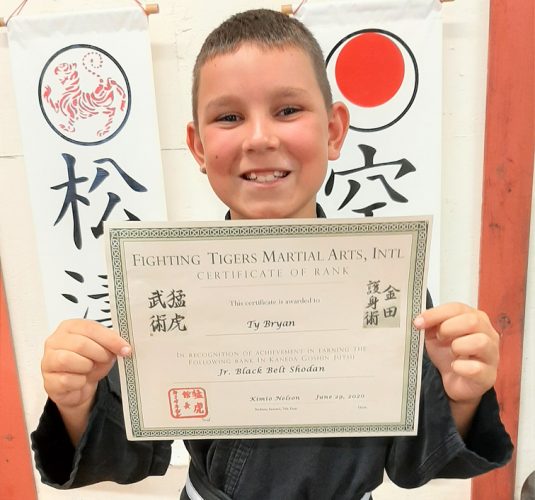 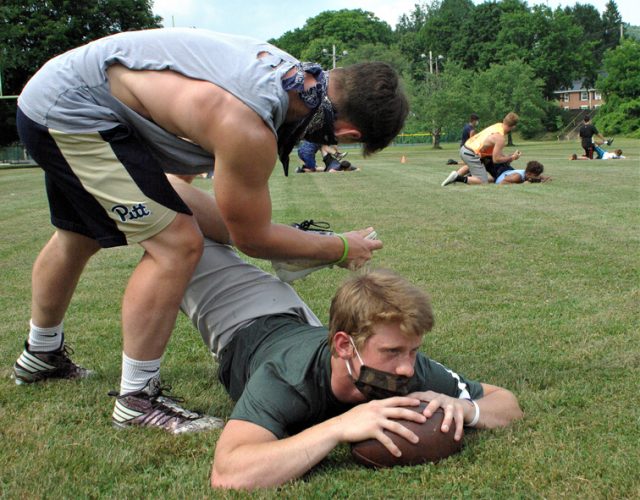 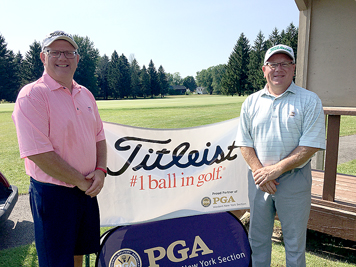 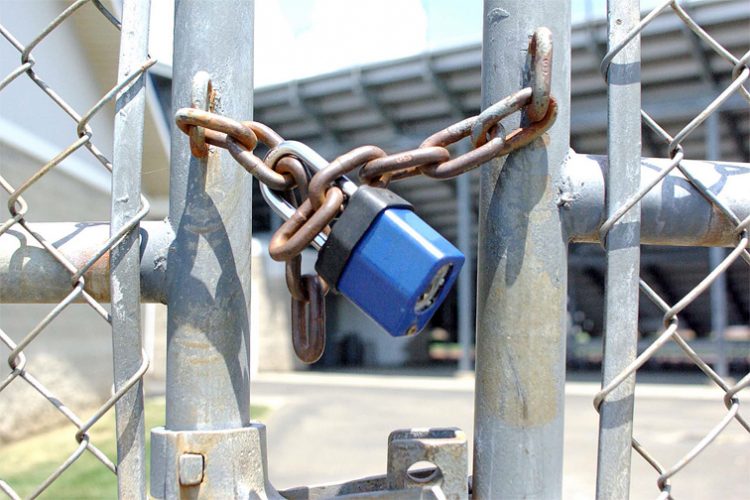 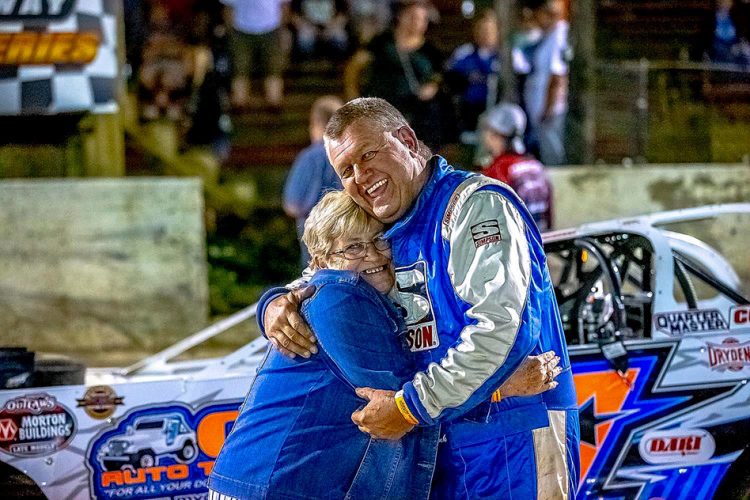