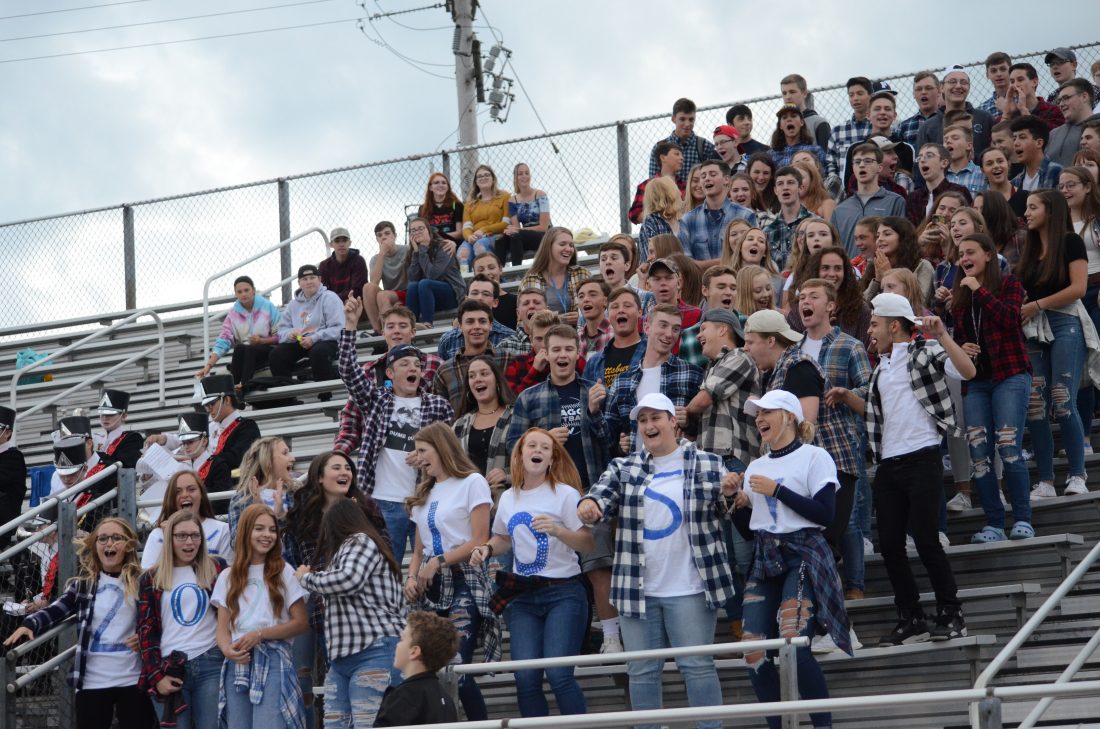 The Warren Dragons made a big statement with an impressive 50-28 Region 7 win over DuBois last Friday.

Tonight, they look to keep the momentum going in a rare Saturday night game against North East before they begin a critical stretch of region games.

“We were very, very pleased with the way they came out last Friday night,” said head coach Mark Morelli. The performance came on the heels of a tough second half in a loss to Fort LeBoeuf. “It was something we preached and stress to them all week. How are you going to handle adversity from this point forward? The kids came out and played solid football. They accepted the challenge.”

Offensively, the Dragons will present a lot of problems for the Pickers.

Quarterback Micah Passmore had thrown for 458 yards and 3 touchdowns and also leads the team with 247 rushing yards. He and Alex Anderson combined for the longest pass play in program history last week, a 95-yard score. And then there’s Ryan Arnold, who is on a short-list of the most dynamic playmakers in District 10. Last week, he scored a touchdown rushing, receiving and on defense. He also has a punt return touchdown against Fairview.

“You take a look at Arnie and what he’s done the first three games, he’s got to be one of the premiere big playmakers in District 10,” Morelli said. “Every game he’s making a difference, whether it’s offense, defense or special teams.

“Micah, we had a pretty good idea that Micah was going to be what Micah is. He’s done a nice job. He’s using his athletic ability and he’s understanding what’s going on with the defenses. He’s making adjustments on the field.

“Alex Anderson doesn’t get a lot of credit, he’s just a quiet kid that goes about doing his job. Here he is, he’s got his name etched in the record book for 95-yard touchdown.”

Ethan Benedict has stepped in at running back and is a game-breaker with his speed. The Dragons also hope to have junior James Swanson back soon as well.

“The running game got going,” Morelli said. “Coach Miller and Coach Rozanski do a nice job of spreading the ball around and that makes it difficult to key on any one individual.”

The offensive line has continued to make progress, spearheaded by junior captain Brent Young. They will also welcome back Tony Batiste this week, who served a 1-game suspension following his ejection at LeBoeuf.

“Our offensive line did a nice job with the perimeter blocking against DuBois,” noted Morelli. “We need to be better between the tackles. It’s there, at times, but we have to be consistent. That comes with experience and playing together.”

“Their quarterback is solid,” Morelli said. “They like to take advantage of the quarterback and his athletic ability. They lost their big running back from last season (Alex Furmanek) who’s now a walk-on at Penn State.”

On the ground, Carter Swabik leads with 96 yards on 31 carries.

“When you’re playing a team that likes to throw the ball a lot, you have to get pressure on the quarterback,” Morelli said. We try and mix it up and give some different looks. Our secondary has done an outstanding job. That’s a reflection on Coach Rozanski and Coach Wilson. Our linebackers, for the most part, have been doing well. I’d like to see them attack a little more.”

Morelli also praised his special teams, led by senior kicker Sawyer Mohney, who has taken a big step forward following a solid junior season. The return game, led by Arnold, has also proved to be a major strength.

“Our special teams is something I believe in,” Morelli said. “We work on it a lot. We’re fortunate to have Sawyer. Her kicking, her range is to 30 yards. She’s a lot like Alex Anderson. She doesn’t get a lot of credit for the job that she does. How many other females come out for football and have done as well as she’s done? She’s automatic when it comes to extra points.”

Kickoff is set for 7 p.m. from Ted Miller Stadium.