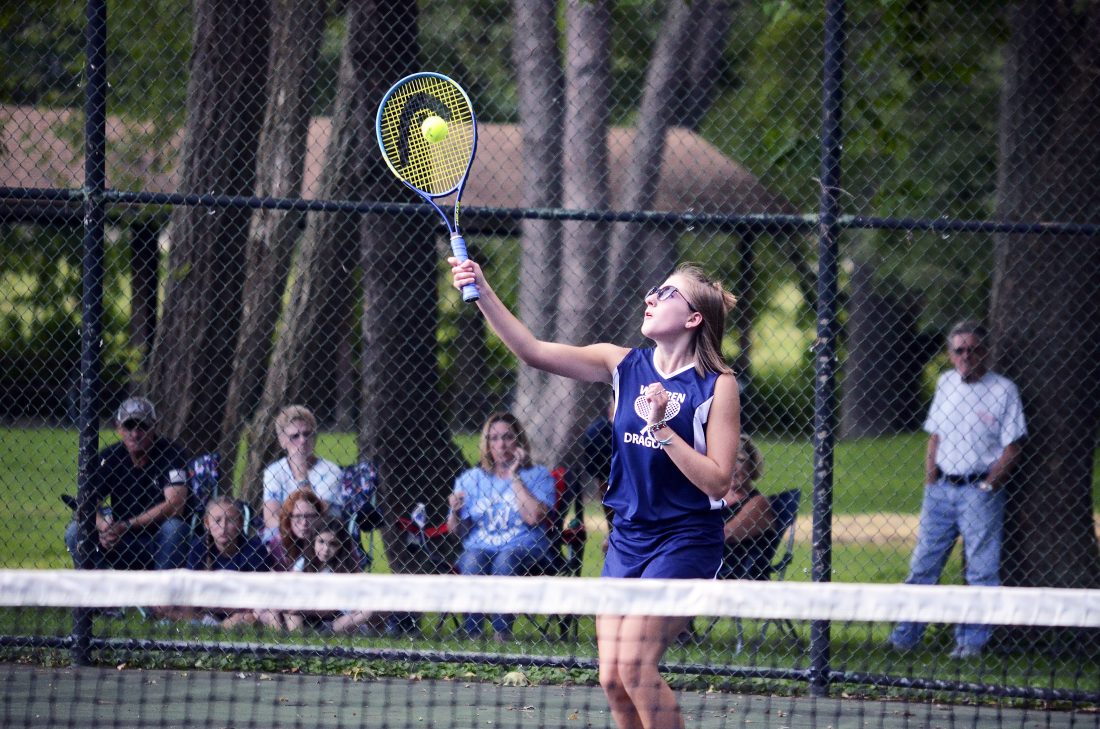 In what Warren coach John Parroccini called a “good early season test,” the Lakers came away with a 5-0 win over the Dragons in front of a large crowd at Betts Park.

“Maddie played a very steady game, but Alie was too strong from the baseline to allow Maddie to get to the net,”Parroccini said. 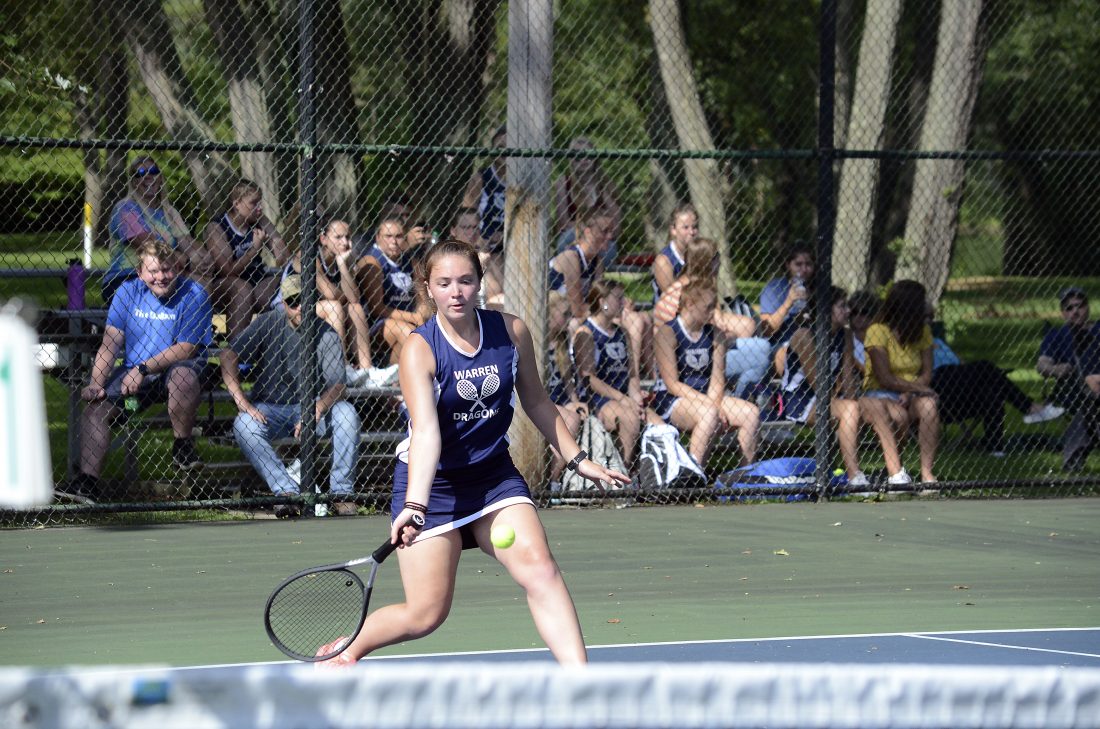 Warren’s Maddie Rogers returns a shot during a match against Mercyhurst Prep at Betts Park Monday, Aug. 19, 2019. The matched marked the first official home event in Warren County for the 2019 fall season.

“Kaity simply ran out of time,” Parroccini said. “She got off to a slow start and never got on her regular winning game.”

In first doubles action, junior Camryn Moore and freshman Madilyn Perry made a statement in a 6-3, 6-2 loss Mercyhurst’s Julia Eagley and Sophie Jagerman.

“I was very impressed by this team,” Warren assistant coach Kimberleigh Parroccini said. “This is their first match as a pair and Madilyn’s first varsity tennis match. They are clearly at pair to watch in the future.” 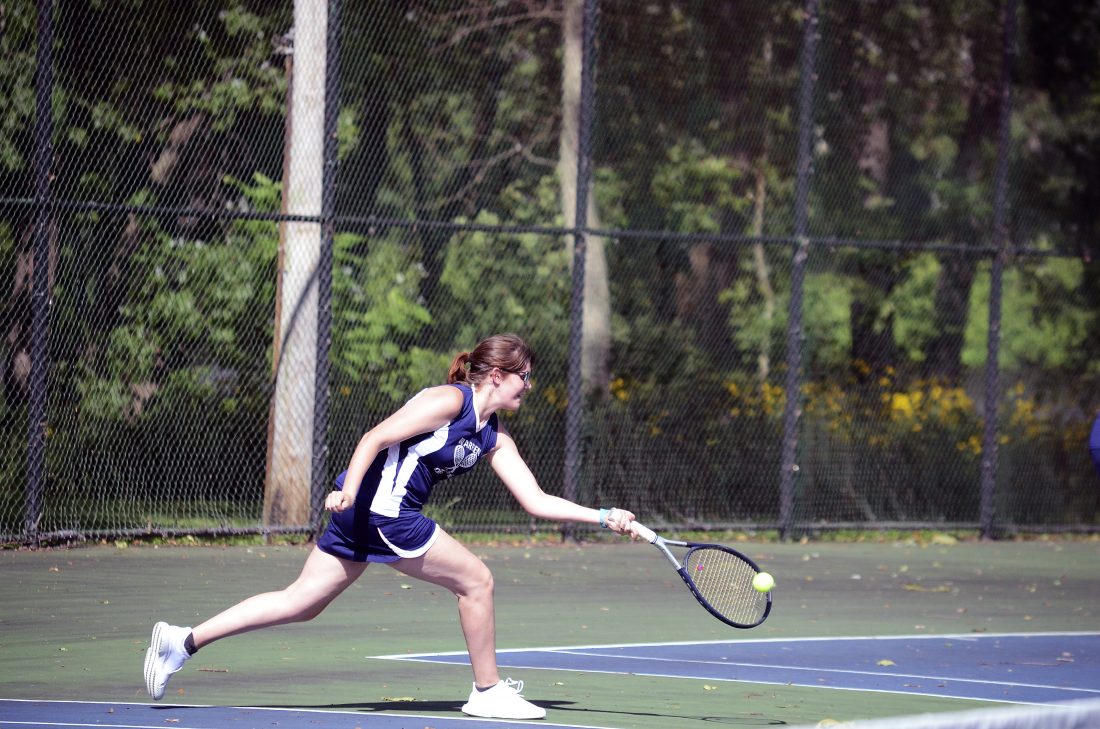 Warren's Kaity McCracken reaches to return the ball during a singles match against Mercyhurst Prep at Betts Park Monday, Aug. 19, 2019. The Lakers defeated the Dragons, 5-0.

“This was another team that was put together only this week, but they showed the coaches a great deal of promise,” Kimberleigh Parroccini said.

“We have a very young and raw squad,” John Parroccini said. “Some of these girls never played tennis before and for some, this is the first tennis match they have seen.

“Kimberleigh and I are very impressed with the effort the girls put forth today and are excited to see how they grow over the season,” he continued. “When we meet Mercyhurst again, I can assure you, they will see a more seasoned and determined group of talented young ladies.”