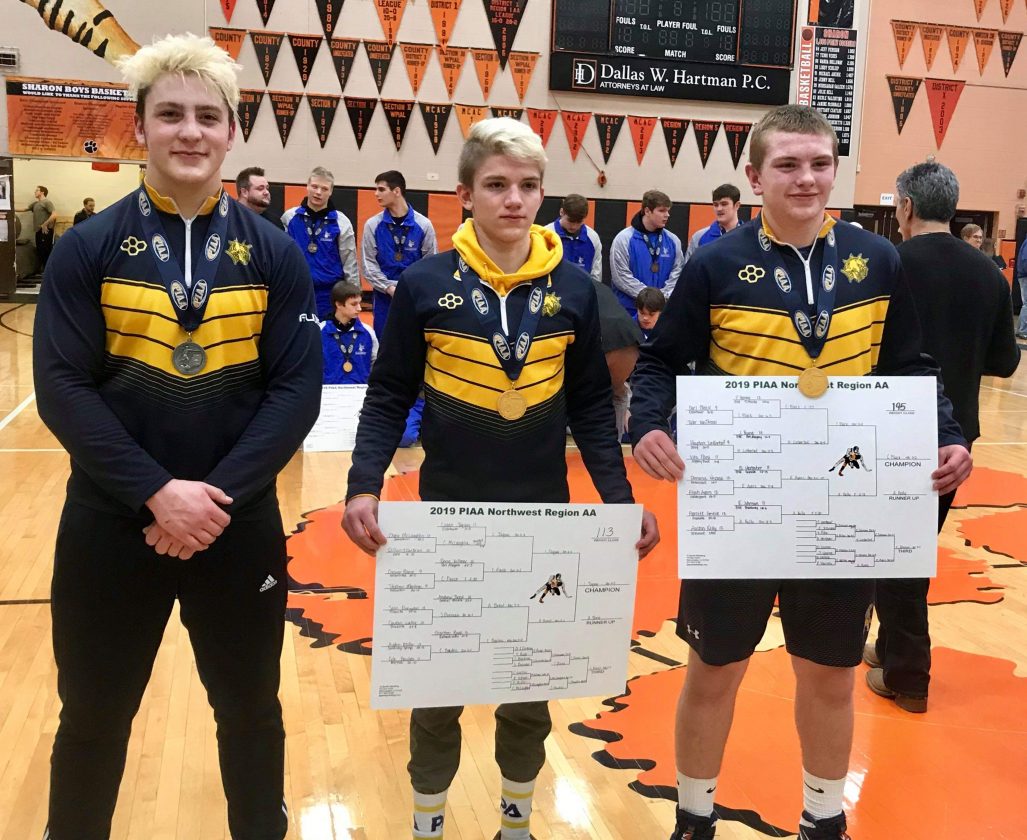 We’ll kick off that coverage with the Eisenhower Knights. 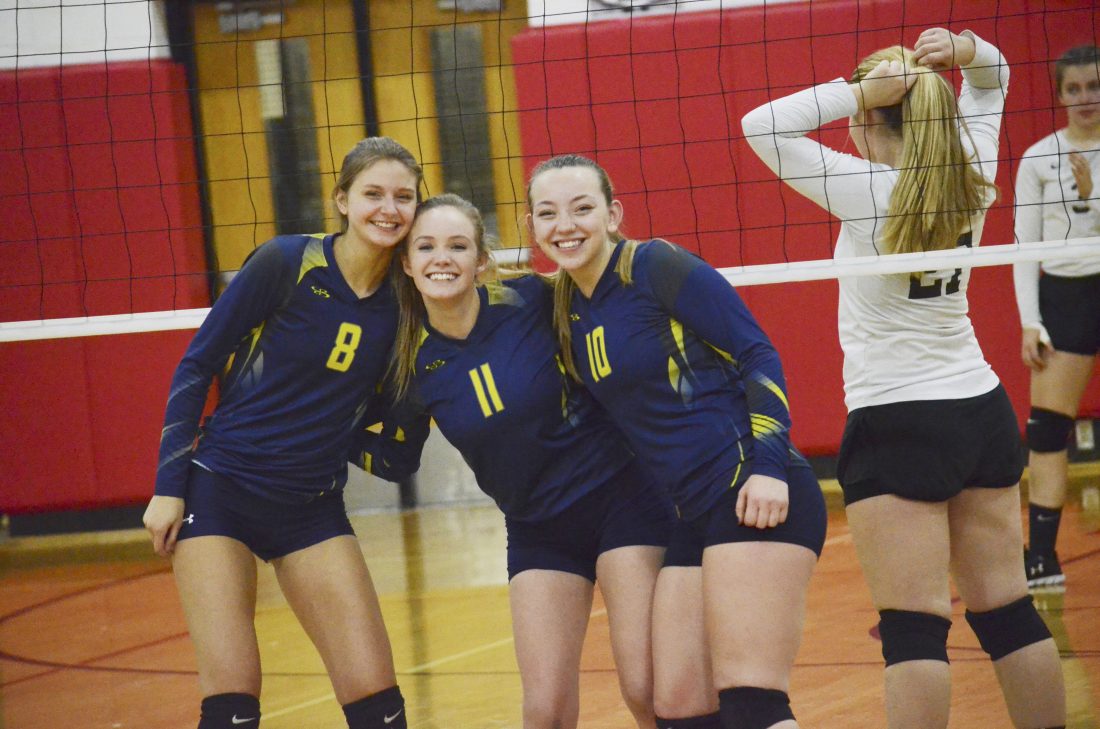 Eisenhower’s Tess Morningstar, Caroline Hishman and Currie Hultman smile in between set of their playoff match against Commodore Perry in October.

Both from a team and individual perspective, the Eisenhower wrestling program had historic success. They once again qualified for the District 10 team duals, and sent three wrestlers – Logan Jaquay, Joey Bauer and Cael Black – to the state championships, the most in program history in one season.

The accolades are many with this group.

Jaquay eclipsed the 100-win mark this season and captured a District 10 and Northwest Regional title in his junior campaign, and will go into his senior season with a legitimate chance to break the Warren County wins record.

Black, meanwhile, had a historic freshman season, breaking the record for wins as a 9th grader (34), while also capturing the Northwest Regional title. Not only is that rare for a freshman, but to do so in the 195-pound weight class, which is dominated by upperclassmen, is truly, truly special.

Bauer, a 3-sport standout who also played football and track and field, capped off his great career with a trip to Hershey as well, recording 31 wins on the season.

And while they had the biggest postseason accolades, this was truly a team. Seniors Alex Barnett, Ethan Chambers, Garrett Head and Nate Holt were stellar in their final campaigns, while underclassmen like Easton Hedman and Gannon Jaquay showed that the future is very bright.

The fall was an interesting time for Eisenhower athletics.

The volleyball program, under the direction of Scott Olson, really turned the corner about the midway point of the regular season and won their final three matches, setting up a trip to Commodore Perry for the first round of the D-10 playoffs.

That match was a thriller, going five sets, with the Lady Knights coming up victorious. It was a monumental win for a program that just continues to get better. They lost in the next round to eventual D-10 champion Cochranton, but the foundation was certainly laid for future success.

The girls soccer program, despite not matching their win total from a year ago, was once again in the postseason, where they fell to Mercer.

The football team, meanwhile, had a season the likes of which we may never see again. The finished 2-8, but outscored their opponents 249-241. That included five games in which they lost by one possession, two of which were in overtime.

After a 6-point loss to Reynolds in October, coach Jim Penley said that he had never seen anything like it in all his years of coaching.

The thing of it was, though, they didn’t get discouraged. In the ultimate test of resolve, they brought it each and every week, which speaks to the special group that this team was.

The winter featured a tough group of young girls basketball players that grew by leaps and bounds over the season. They had just one senior, Lydia Giannini, but still found a way to grind out nine wins and go to the playoffs.

With a core group coming back that includes Emiley Wheeler, Delaney Chase and Lilee Renninger, among others, the future is very bright.

The spring saw a successful season for the track and field teams. Giannini, who will continue her academic and athletic career at Allegheny College, was first team in the shot put, as was teammate Currie Hultman in the javelin, as well as the 1600 relay team of Patricia Bortz, Hope Hefright, Rachel Fredericks and Aleea Giese.

For the boys, Jared Martone was first team in the 100.

Eisenhower’s Tess Morningstar, Caroline Hishman and Currie Hultman smile in between set of their playoff match against Commodore Perry in October.