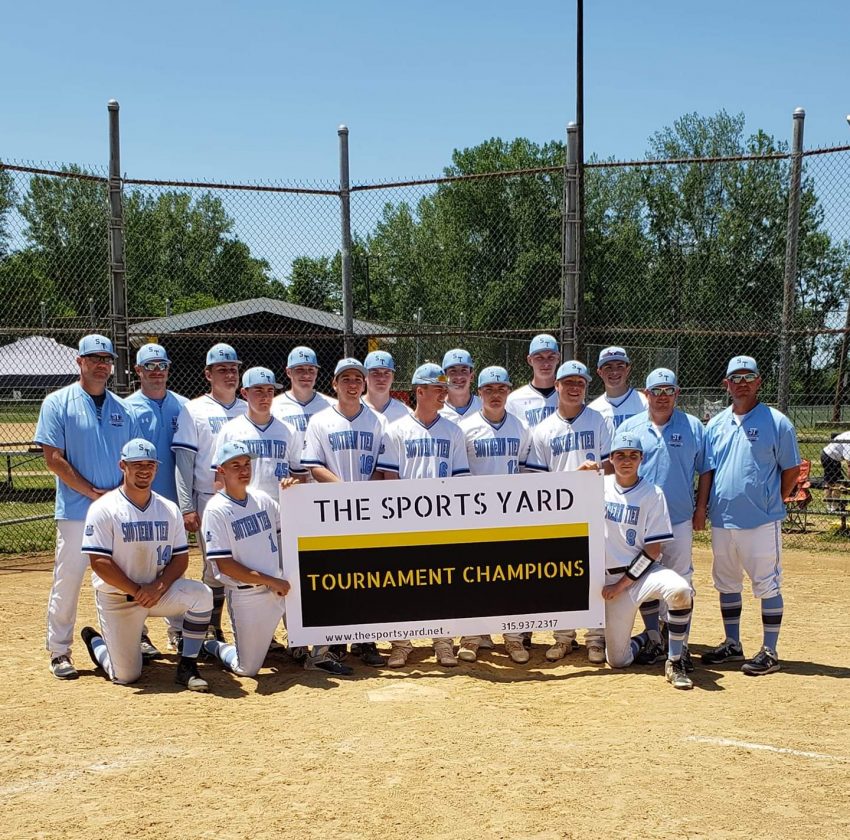 SYRACUSE, N.Y. – The Southern Tier Regulators were unstoppable this weekend.

Playing in The Sports Yard Tournament in Syracuse, the Regulators went 4-0, outscoring their opponents 41-5 to capture the tournament title.

Baldensperger was 3-for-3 with 2 RBI, 2 runs scored and a double, while Cummings went 2-for-3. Nick Crandall and Evan Pirtz also drove in a pair each as the Regulators collected 12 hits.

On the mound, Aaron Hair went 4 2/3 innings, allowing two earned runs, striking out seven and walking six. Crandall came on to get the final out.

Lucas Willink struck out 11 and allowed just four hits and one walk in a dominant complete-game effort. Fifty-six of his 76 pitches were strikes.

At the plate, nine different Regulators collected hits and they scored in each of the first four innings.

Lucas Porpiglia launched a solo home run, while Adam Goot drove in a pair. Baldensperger, Morrison Pirtz, Willink and Jacob Payne all drove in a run as well.

The top four in the Regulators lineup – Baldensperger, Porpiglia, Cummings and Morrison combined for eight RBI and nine hits in a 4-inning mercy rule semifinal win.

All four also doubles, as did Adam Goot, who tossed four innings of 1-hit baseball. He struck out four and walked just one.

The Regulators capped their dominant weekend with a 4-inning win over the Dirtbags in the title game.

Willink belted a pair of doubles and drove in three runs in the victory, as the Regulators scored five times in the second inning and six more in the fourth.

Cummings, Morrison, Nathan Engdahl and Goot all drove in runs as well.

The Regulators return to action on Wednesday, hosting the Full Circuit Power in a doubleheader, beginning at 4 p.m