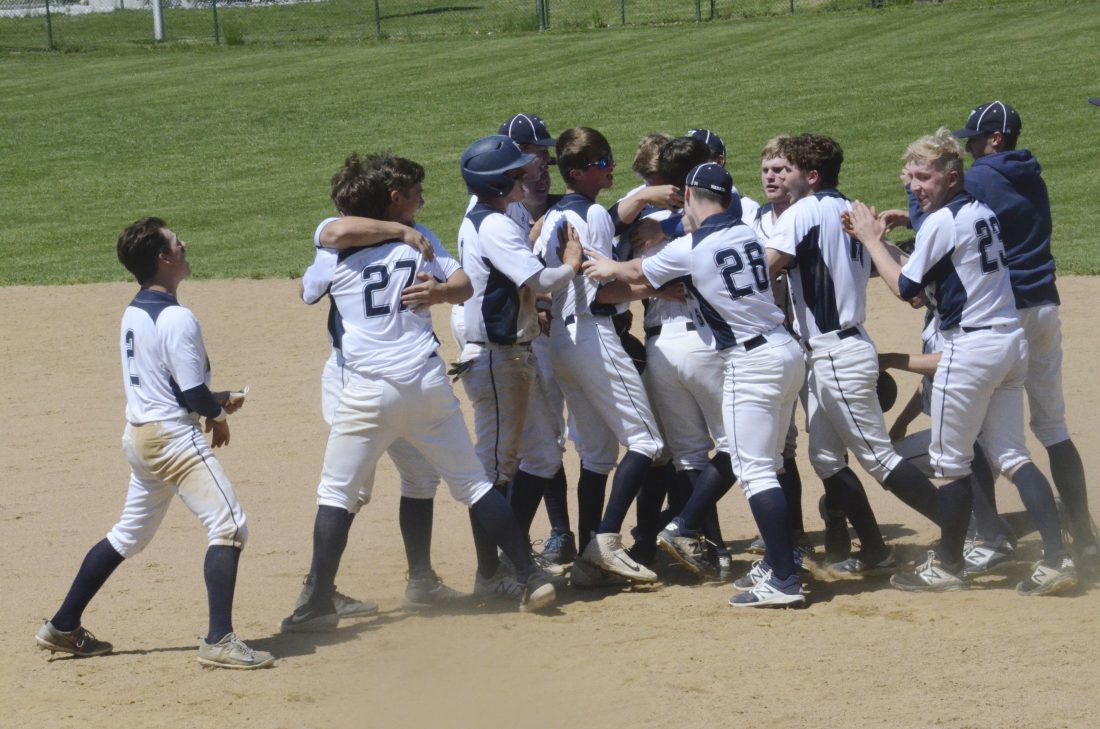 Times Observer file photo Warren baseball players celebrate after a walk-off win brought the team its third District 10 title in May. The title win put the finishing touches on what was a remarkable year for the WAHS athletic programs.

For the Warren Dragons, in particular, this was perhaps the best year for sports in the history of the school. If not, it’s certainly on a very short list, with three District 10 team titles, a state finalist volleyball team, and multiple individual D-10 champs.

With that said, we’ve broken it down into a two-part feature, one each for the girls and boys.

Here, we take a look at the male teams and athletes that made this year one for the history books at WAHS.

In a year full of great teams and moments, the boys saved the best for last, courtesy of Ryan Rafalski’s walk-off winner in the District 10 title game against General McLane.

Both the game and season itself were incredibly special for this group, filled with so many great moments. Aidan Morrison, a 4-year starter at catcher one of three seniors on the team, crushed a 3-run home run in the fifth inning of that game to break a scoreless tie. However, all it took was four pitches for GM to tie the game in the top of the sixth, courtesy of a three-run bomb of its own.

The Lancers, whom the Dragons had beat twice in the regular season, struck for a run in the top of the seventh to take a 4-3 lead.

But Warren, which was used to playing in close games, didn’t flinch. Mitch Grosch, who was in the middle of so many rally’s, led off with a single. Micah Passmore reached on a fielder’s choice, Austyn Cummings tied the game with a single and Morrison was intentionally walked, setting the stage for Rafalski’s winner.

The talent on this team can’t be understated.

All three seniors – Morrison (Canisius), Cummings (Millersville) and Lance Baldensperger (Niagara County Community College), will all be playing at the next level. It was a perfect end to their high school careers.

Beyond those three, Grosch, who will be a senior, has already committed to play for Division II powerhouse Mercyhurst. Rafalski will also be a senior next season, and will no doubt play in college as well. Junior-to-be Ben Berdine already has the attention of college coaches and Passmore, who will be a junior, will likely have his pick between football and baseball.

That’s not to mention the likes of Ryan Arnold, one of the top three-sport athletes in the county, as well as Nick Hussey, James Swanson and Hunter Loomis, who all played pivotal roles and will all be back next season, along with a strong JV group.

It’s a team that was insanely talented and will be again next season.

The fall saw a culture shift take full effect for Warren football. The Dragons, in Year 2 under coach Mark Morelli and his staff, went 6-4, a 4-win improvement from the previous season, highlighted by a dramatic comeback win against Meadville.

Quarterback Jake Kupchella, a 3-year starter, broke Austin Jerman’s single-season passing record in the season finale blanking of St. Marys and earned a scholarship to Division I Robert Morris. He trails only Jerman in career passing yards and departs as one of the most decorated quarterbacks in school history.

This team had a number of standouts. Justin Eck and Collin Salapek on the line, Devin McMeans and Ryan Arnold at receiver and defensive back, Marvin Bryant at running back and linebacker, Passmore, who was a jack-of-all-trades, as well as Morrison, the leader of the defense who broke the program’s single-season tackles record and earned all-state honors.

Things are certainly trending in the right direction for this program.

On the pitch, Warren soccer continued its culture of winning. They had 12 victories and finished in second-place in the ultra-tough Region 5 that also included the likes of Slippery Rock and Bradford.

They won a first-round playoff game, 1-0 over Fort LeBoeuf before falling to Cathedral Prep in the D-10 semis.

Junior Caleb Lindell was the Dragons’ top goal-scorer, netting 24 on the season, while seniors Griffin Suppa and Colin Blair provided a steady force in the midfield. Suppa finished with 12 goals and 9 assists and Blair 7 goals and 14 assists.

On the golf course, the Dragons fielded a competitive squad, led by Joey Sidon. The senior saved his best for last at the District 10 championships, firing an opening round 83 followed by an excellent round of 76, which put him in third place, just one spot out of qualifying for regionals.

Cross Country was competitive as well, led by seniors Nate Eadie and Trenten Dippold, as well as freshman Graham Carr.

The wrestling team also battled in the regular season and hit their stride in the playoffs, beating Meadville in the D-10 semifinals, 36-30, before falling to a talented Prep squad in the title match.

The senior group of Ei, Kupchella, Suppa, Morrison, McMeans and Jake Funari got their first playoff win over the Bison, before falling to a talented Grove City squad in the quarterfinals.

The spring brought with it more championships than just baseball.

The tennis team rolled the competition in Region 2, winning every match in region play. They swept the all-region squad as well, led by Ei, the Player of the Year, as well as Tyler Howard, A.J. Seyler, Thomas Lucks, Eli Korb, Wesley Kiehl and Elliott Neal.

The Dragons also had a very strong track and field team, with a number of key contributors, but none more so than senior Kyle Adams.

The standout sprinter and jumper was a force, culminating with a blistering performance in the 200 at the D-10 championships, which earned him a trip to states.

Sidon was a first-team all-star in the long jump, while the 3200 relay team of Dippold, Eadie, Carr and Devon Navaroli were second-team all-stars. 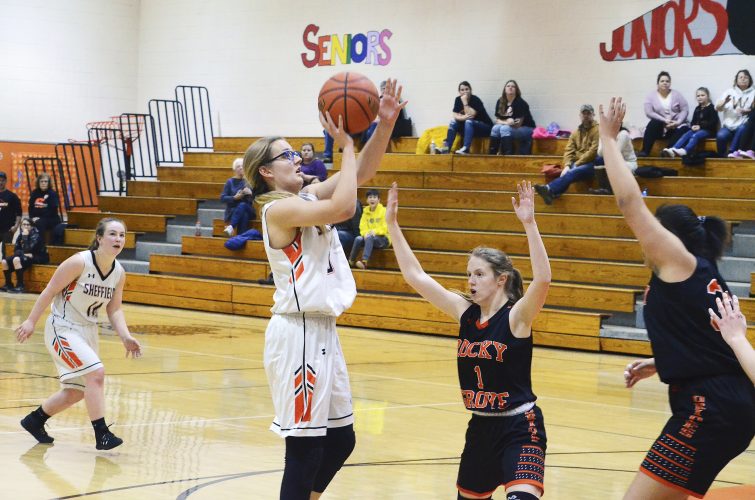