Youngsville softball drops a pair to close out season 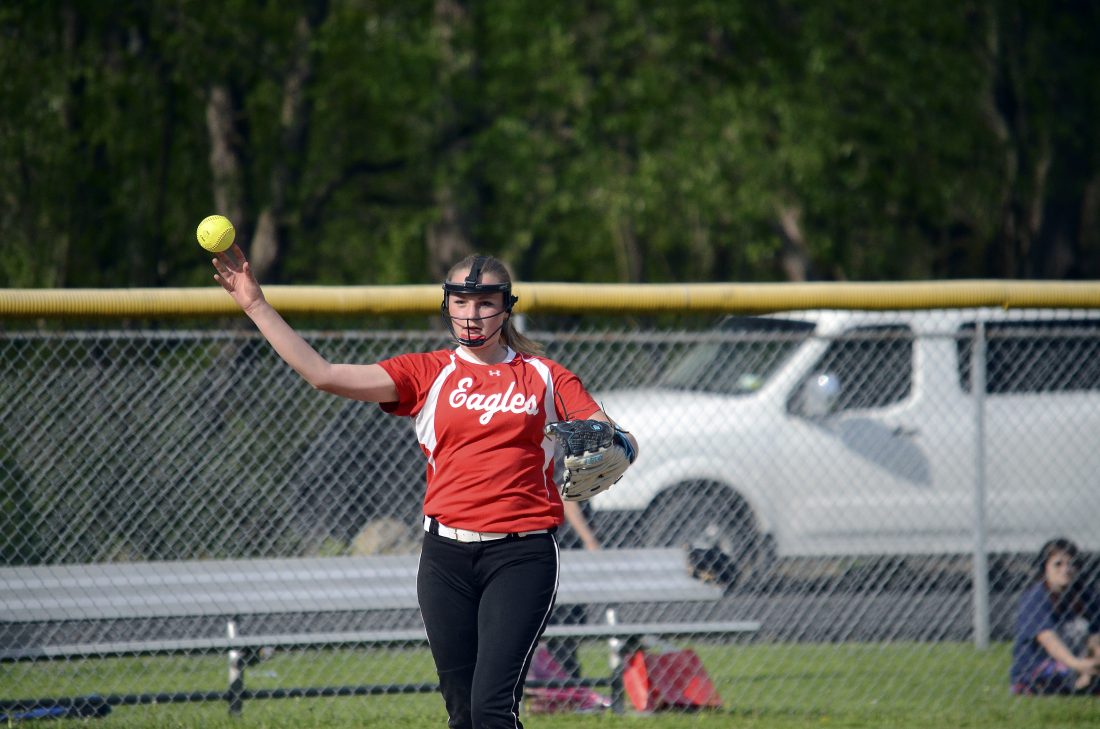 Youngsville shortstop Erin Dunn throws to first during the first inning of a game against Maplewood at Youngsville High School, Wednesday, May 15, 2019. Dunn was one of three Eagles seniors who played their final game in a Youngsville uniform Wednesday.

Youngsville softball closed out its season with a unique doubleheader Wednesday.

Rocky Grove struck for eight runs in the first inning of the opening game. Youngsville senior Erin Dunn scored in the bottom half to make it 8-1. The Orioles added to their lead with a 6-run second. Samantha Wilhelm and Dunn both scored in the Eagles half to cut the lead to 14-3, but Rocky Grove tacked on five more runs in the third then set Youngsville down in order to end the game.

“This is a young team,” Youngsville coach Scott Ishman said. “We’ve come a long way. From how we started to where we are now, we’ve put in a lot of work.”

Maplewood took advantage of that youth early in the second game. The Tigers sent 20 batters to the plate in the first inning, 14 of them scored to put the game out of reach early. Maplewood scored 10 more in the second and held Youngsville without a hit until Dunn singled in the third.

“The girls worked really hard to get better,” Ishman said. “The scores don’t show the work and effort they put in.”

The Eagles finished their season 1-16, but Ishman saw a lot of growth out of a team that loses only three seniors to graduation.

“We knew this was going to be a tough season,” he said. “The girls have really come together and stepped up to the challenges. Eight of our 13 girls were new (to varsity softball) and quite a few freshmen got valuable experience in District 10. I’m looking forward to them getting better.”