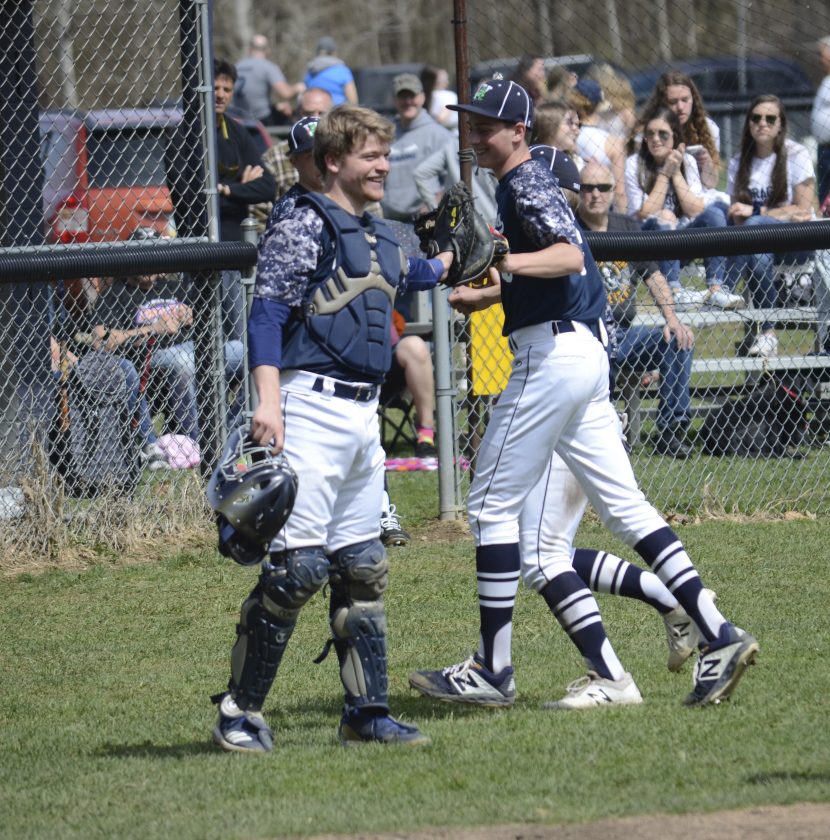 Aidan Morrison (left), Ben Berdine and the rest of the Dragon baseball team saw some changes to their schedule.

Severe thunderstorms with tornadic activity Sunday night, followed by a return to winter weather conditions on Monday wiped out the high school sports slate to begin the week.

Starting at Warren, the Dragon baseball team’s Region 7 contest at rival Harbor Creek will now be played this Thursday. That day, Warren (4-2) was scheduled to travel to Erie to take on Cathedral Prep, but because the HC game is a region contest, that takes precedent and the game against Prep has been tentatively moved to Tuesday, April 23.

Warren softball (5-1) was scheduled to travel to St. Marys to take on the Lady Dutch in a non-region contest. That game will now be played on Monday, May 13. In addition, a previously rained out game against Erie will now be played this Saturday, April 20, at Legion Field (noon).

The WAHS tennis match hosting Titusville has been moved to Tuesday.

At Eisenhower, the Knights’ baseball team was scheduled to play Maplewood in a Region 4 contest that will now be played on Thursday. In addition, the Knights’ home track meet scheduled for today against Seneca has been moved to next Tuesday, April 23.

The weather forecast for the rest of the week is a bit unpredictable, with scattered rain showers possible Tuesday and Wednesday before what is shaping up to be a beautiful day on Thursday with a high of 72 degrees.

Stay with the Times Observer for any additional changes to the athletic calendar.