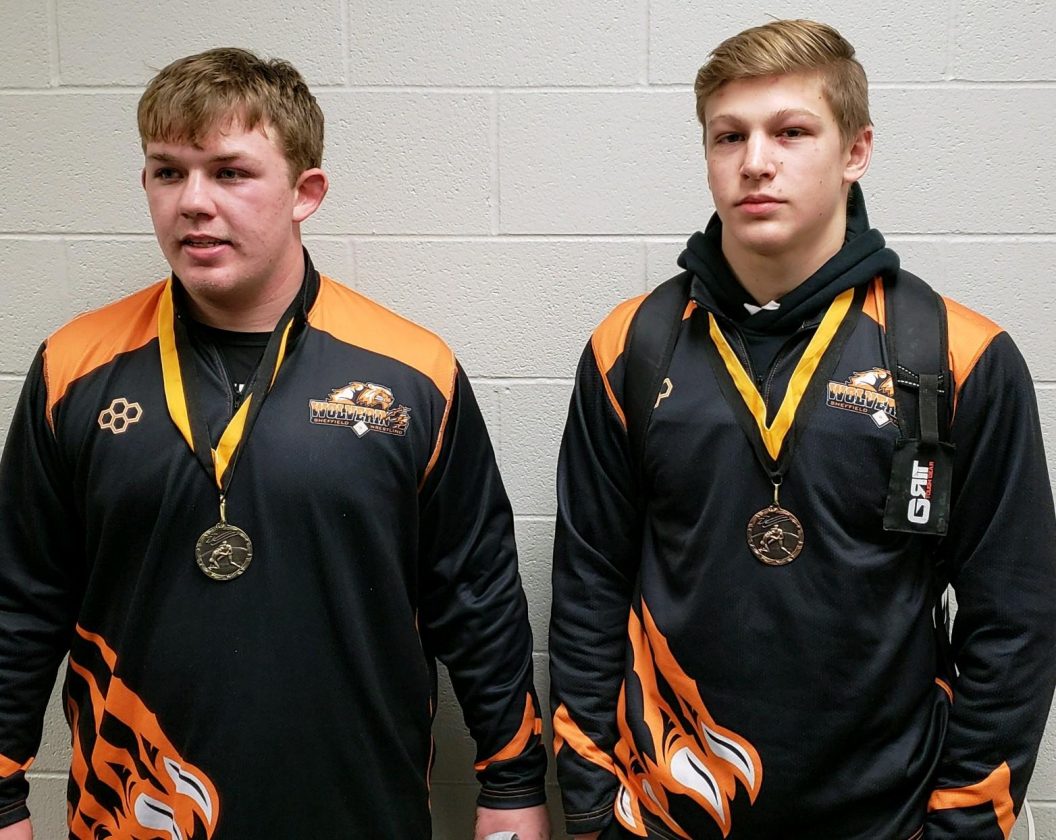 Knowles, a senior wrestling at heavyweight, advanced to the finals in the 37-team field, where he was beat by Union City’s Matt Long.

Knowles pinned his way through the bracket, including an 11-second pin in the quarterfinals and two first period falls in the prelims and semifinals.

He was one of two Sheffield wrestlers to earn a medal, the second being sophomore Ethan Finch, who took fourth at 170. 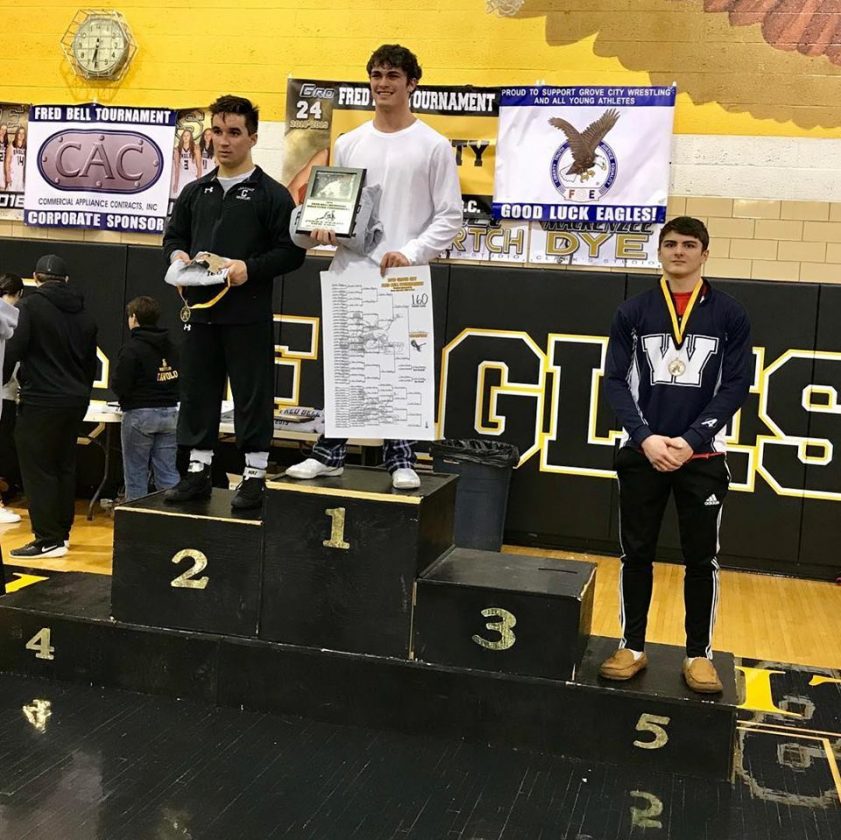 Warren's Zack Zinger (far right) was a medalist at the Fred Bell Tournament.

The Warren Dragons also had a medalist in Zack Zinger, who finished fifth at 160. Zinger advanced to the semifinals before suffering his first loss of the tournament.