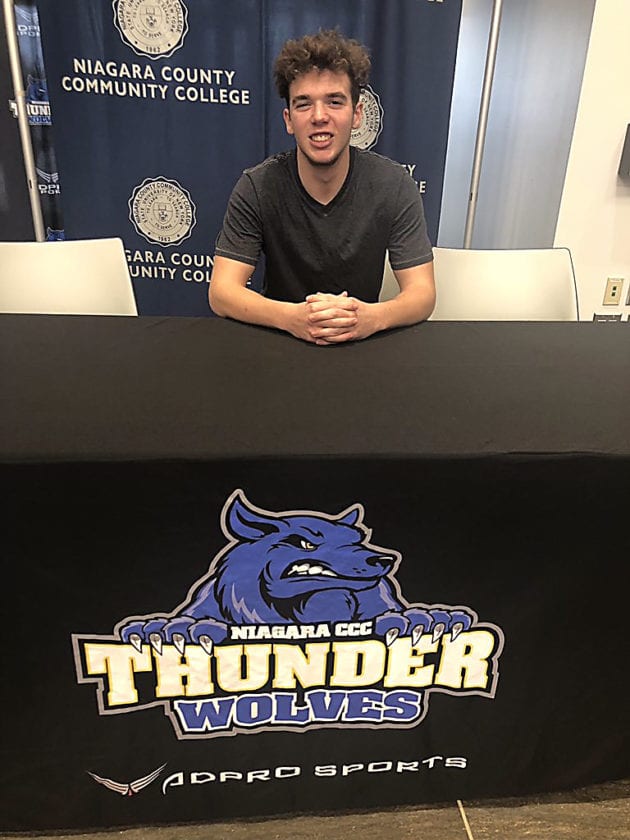 There are times in a person’s life when they just know they want to do something.

For many athletes, that first moment when they step on the field or court, or see one of the great players sparks a lifetime desire to play.

Warren centerfielder Lance Baldensperger picked up a baseball at 4-years-old and was hooked. Now, that lifelong passion has led to the opportunity to continue his athletic career.

“I started with just playing with my brother and his friends,” Baldensperger said.

He decided on Niagara to help perfect his game.

“I want to go there and develop more as a player,” Baldensperger said.

Baldensperger got the attention of Niagara’s coaches during a travel tournament in Buffalo.

“When they saw me that day, they weren’t coming to see me, they were coming to watch one of my teammates,” he said. “They liked my hustle, on and off the field, that’s how I got their attention.”

He’s already had some discussions with current players to get a handle on what to expect when he arrives next fall.

“They talked about the coaches, what coaches I would get most from and who I would be with,” Baldensperger said.

That’s for the fall. Right now, Baldensperger can shift his focus to his senior season with the Dragons.

“I know where I’m going and I can play relaxed,” he said.

He may have been more impressive in the field. Playing at Legion’s spacious outfield, Baldensperger made runners pay for testing his arm strength. He had 31 put outs, three assists and no errors.

For all that, he was rewarded with selection to the Region 6 first-team all-star team.

Baldensperger said he’s not looking ahead, and has some personal goals he’d like to check off before moving on to Niagara.