Athletes of the Fall: Warren volleyball 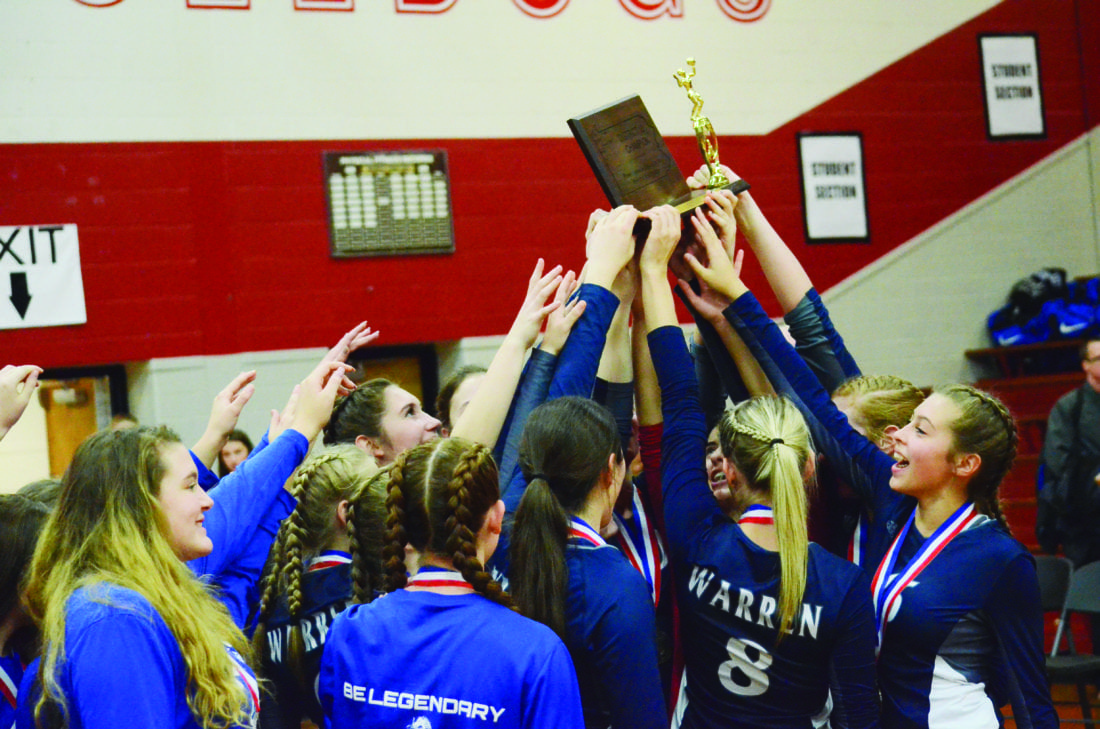 While these awards are meant as individual achievements, the success of one team was simply to astounding to single out just one athlete.

There’s not much more that can be said about this team. A 20-1 overall record, District 10 champions, PIAA Class 3A runner-up. The Dragons nearly did it all this season. Half the starters were named first- or second-team all District 10 by the PVCA. They shattered Warren single season and career records in virtually every statistical category. They brought the community together in a way rarely seen. In short, they were legendary. And so, this typically individual award goes to all of them, because, and we think they’d agree, remove any one player from this squad and this remarkable season doesn’t happen

Bickling finished with a 20-goal season for the second straight year and leaves the Warren soccer program as the all-time leader in goals and assists. The senior captain led a squad that earned the program’s first-ever trip to the District 10 championship game, and nearly pulled an upset over top-ranked Hickory.

The third time was the charm for Hahn this season. During the regular season, she took home top-5 finishes at the McDowell and Sharpsville Invitationals and led the Dragons in tri-meet action. Hahn brought home a first-place time from the Cuba Invitational, then finished fourth at the District 10 meet and qualified for her third straight PIAA state meet. She saved her best for last, as she made a late charge to earn a top-25 finish (21) and a state medal. After the season, Hahn was named a first-team region all-star.

Edwards led a resurgence for the Knights this year. The senior helped Eisenhower to a .500 record and playoff appearance for the first time in a number of years. Not only did they make a postseason appearance, but Edwards was instrumental in securing a first round win over Commodore Perry.

After sitting out the 2017 season with an injury, Mohney came back with a vengeance for the Lady Dragons. She had a key second half goal against Meadville in the District 10 semifinals to help Warren advance to the title game. Mohney also proved her mettle on the gridiron. She was a late addition to the football roster as a kicker and became a valuable weapon. She was 15-21 on PATs and 1-2 from the field with her 23-yard field goal etching her name in the history books as the first female to kick a field goal in Warren football history.

Smelko followed a solid sophomore campaign with a strong junior season. She led the Lady Knights in goals (8) and tied for the team lead in assists (4). Smelko helped keep Eisenhower in the thick of the region race all season and was a leader as the team made its second straight postseason appearance.

Fadale took a big step forward for the Dragons this year. She helped fill the offensive gap left by some departing seniors, and came up with clutch goals multiple times. Perhaps none were bigger than the pair of game-winners she scored against Meadville. The first sent the Dragons to a 5-4 win at home in the regular season. The second came in the District 10 semifinals and propelled Warren to its first-ever D-10 title game.

Ristau was one of Warren’s top finishers in virtually every tri-meet throughout the season. She began the year with a 31st place finish at McDowell and moved up to 26th at Sharpsville. Ristau finished fourth at Cuba in a final tune-up for the District 10 meet, where she took 11th and qualified for the PIAA state meet for the second time in her career.