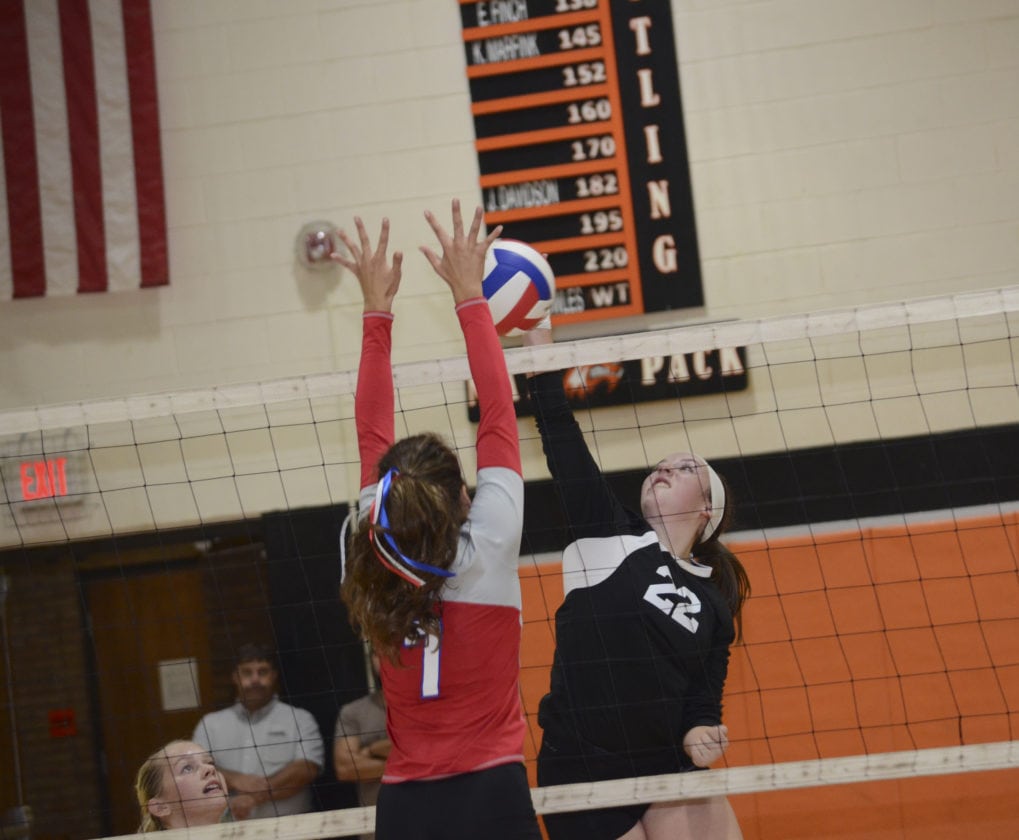 Sheffield sophomore Emily Leichtenberger goes up strong at the net during Tuesday’s match against St. Marys at Sheffield High School.

With each time the Sheffield volleyball team takes the court, there is a sense of optimism.

They did lose in three sets, but all of them were very competitive (22-25, 18-25, 20-25) against the Class 3A Lady Dutch. Sheffield showed, grit, toughness and the ability to battle back starting two freshmen, two sophomores, two juniors and one senior.

“I’m thrilled with how they played,” said Sheffield coach Melissa Lemay. “They played with heart, they hustled and they all played well.”

Sheffield jumped out to a 4-0 lead in the first set and never trailed until it was 17-16. Callen Copley and Emily Leichtenberger led the way serving and they also had a kill from Lynzie Grubbs, a freshman making her first varsity start. 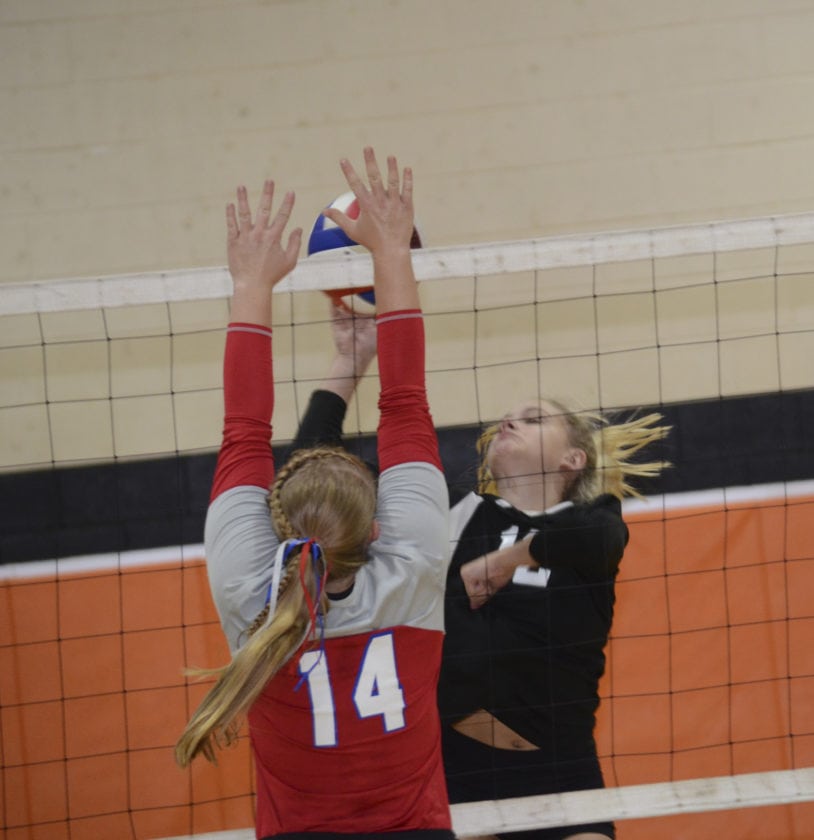 A kill from fellow freshman Annabel Sheldon knotted it all at 19, but St. Marys closed on a 6-3 run.

Both teams battled in the early part of the second set. Leading 10-9, the Lady Dutch went on a 8-0 run to take command.

Instead of wilting under the pressure, however, Sheffield battled back. Copley’s ace was part of an 8-3 run before St. Marys was finally able to close it out.

Lemay tinkered with some different lineups, and they were effective. 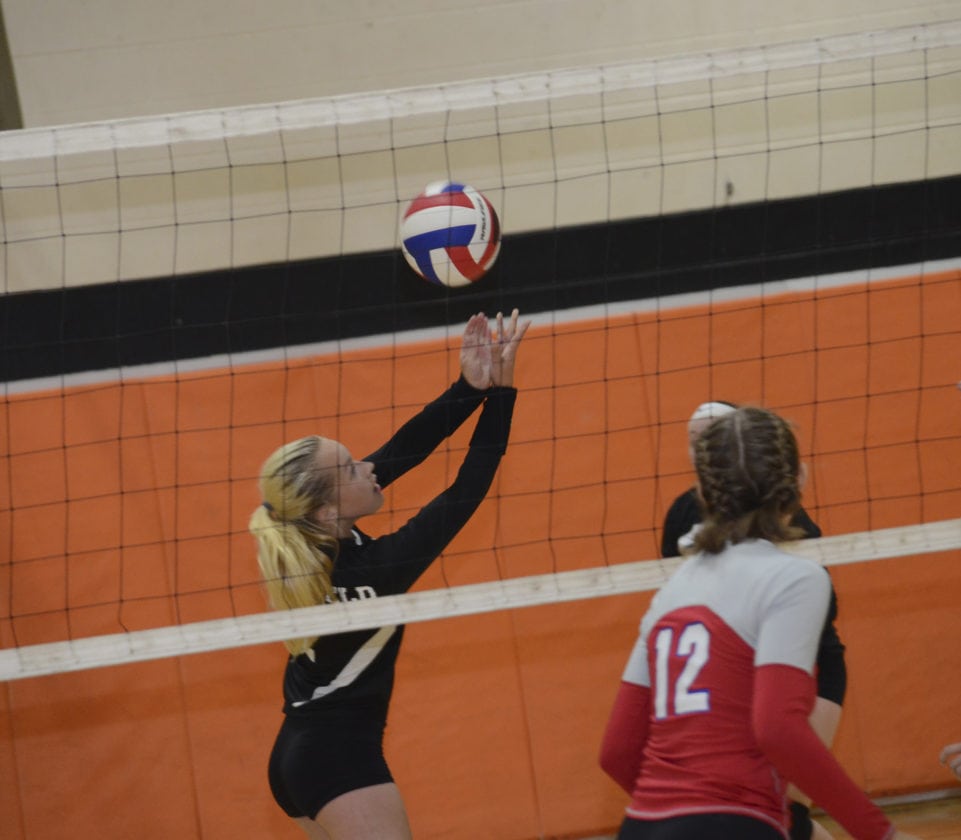 St. Marys jumped out to a 10-4 lead in the third, prompting a Sheffield timeout. The lead swelled to 16-6, but once again, the youngsters from Sheffield battled.

Lemay made not of her two freshmen starters, Lynzie Grubbs and Sheldon. “Annabel played really well, played defense really well,” she said. “And Lynzie was a little nervous with it being her first varsity start, but the more reps she gets, the more confident she’ll become.”

Sheffield returns to action on Thursday against Kane.