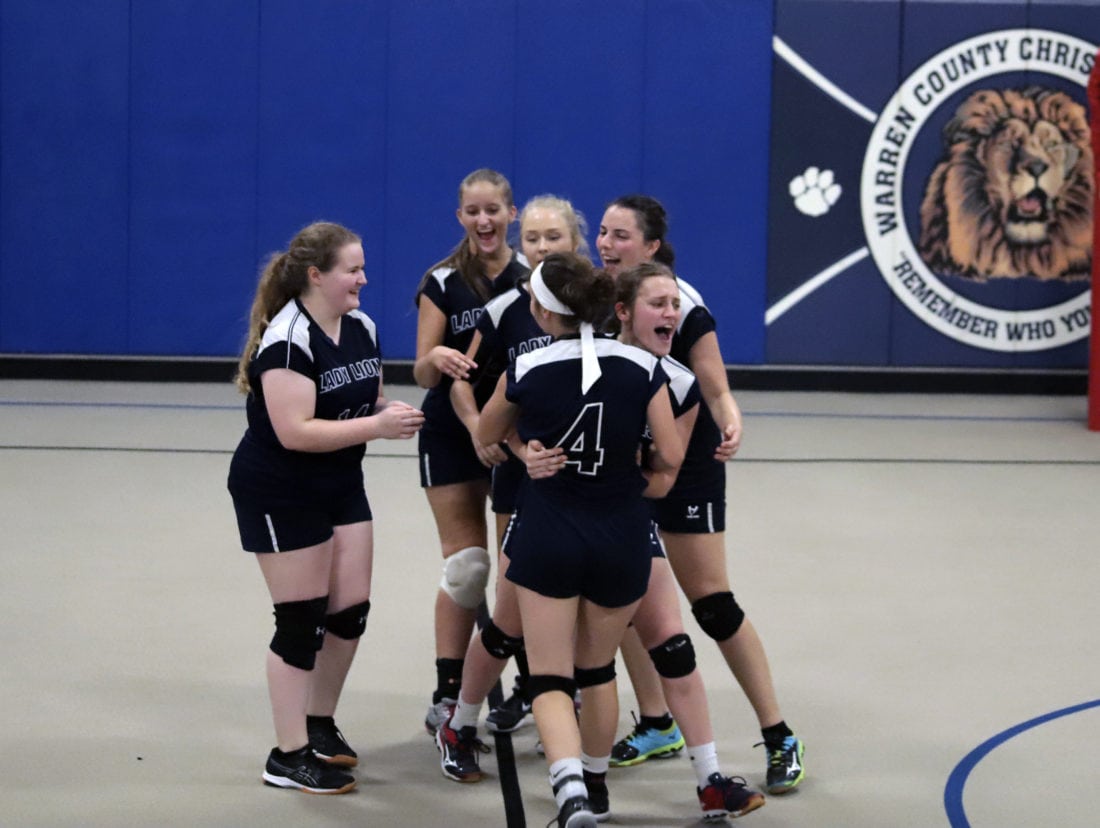 The Warren County Christian School volleyball team had to rally twice Tuesday to secure a 3-2 win over visiting Erie Bethel.

The Lady Lions found themselves down two sets to one heading into the fourth and won the set sending the match to a decisive fifth set. Then, facing match point down 8-14 in the fifth, they got a side out and sent Emma Marino to the service line. Marino served seven straight points to secure the match win.

“It was an opportunity to keep fighting,” WCCS coach Mark Brenner said. “Even when it looked like we were going to lose the match, and it paid off.”

WCCS got off to a strong start, as the Lions got serving runs from Marino, McKenna Phelps and Emily Cox to lead them to a 25-14 first set win.

Erie Bethel’s ball control game led them to 25-22 and 25-17 victories in the second and third sets, respectively. 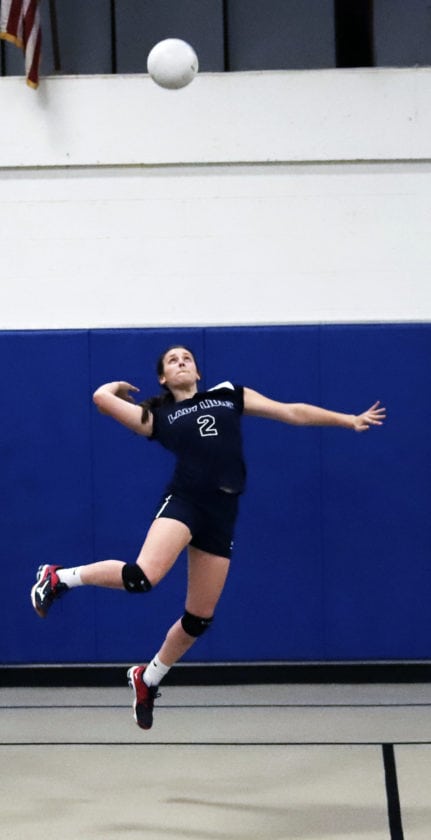 “Bethel played a deep perimeter defense with two blockers at the net that allowed them to dig many of our attacks,” Brenner said. “There were long rallies with decent play from both teams throughout the match.”

The Lady Lions began tipping balls over the net in the fourth set and the strategy led to a 25-17 win to tie the match at 2-2.

Service errors dug WCCS into a hole setting up the rally. Krystal Kinney had the match point kill.

“Close fought, hard earned wins that go to extra points in the fifth set are matches you remember with a smile,” Brenner said.

Marino finished with 20 service points, including eight aces, 14 kills, 10 digs and an assist in the win.

“This was one of Marino’s strongest games of the year,” Brenner said.

The Lady Lions head to Tidioute Charter Friday for a cross-county clash with the Bulldogs.