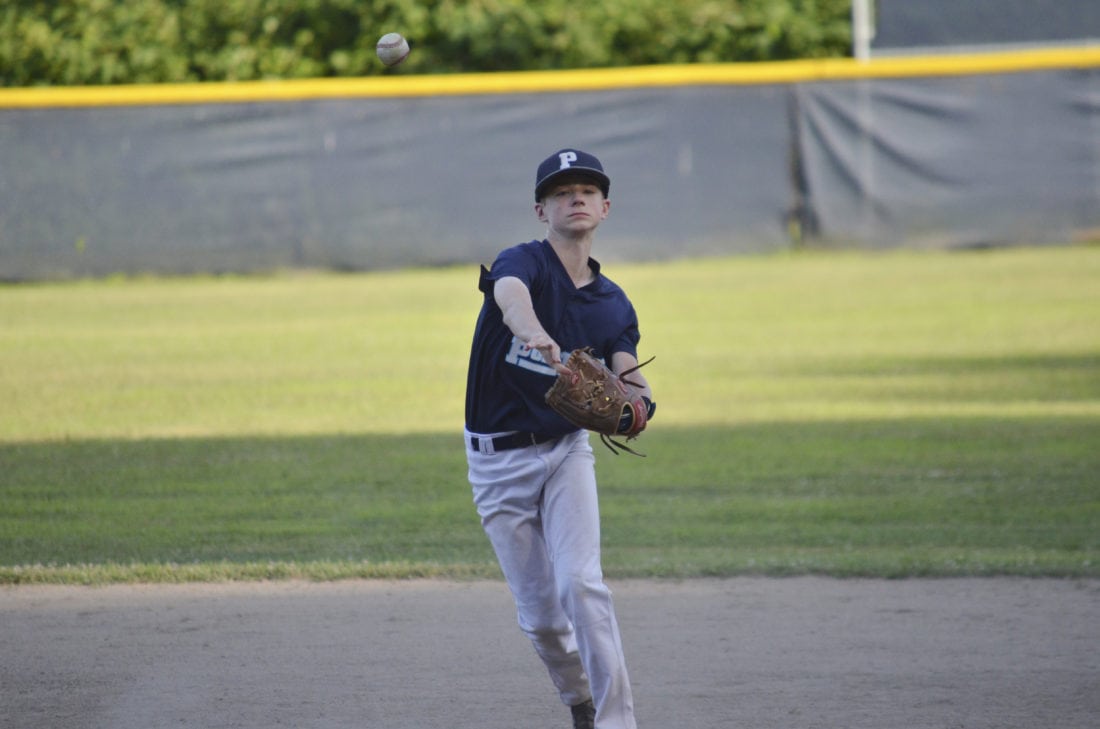 Post 135 second baseman Kael Hunt throws to first for an out during the second inning of Thursday’s district tournament game at Legion Field.

Another deep run for Post 135’s Junior Legion team wasn’t in the cards this season.

Corry’s Lucas Nichols and Trey Redrup made sure of that, combining to toss a 1-hitter in their team’s 6-1 win Thursday at Legion Field that eliminated Post 135 from the district tournament.

Corry struck for an unearned run in the first inning and then scored on a wild pitch with a runner on third in the second against Post 135 starting pitcher Hunter Loomis, and that proved to be all they needed.

Nichols went the first five innings and was dominant. He struck out 11 in his five innings of work and allowed Post 135’s lone run of the game in the fifth.

That frame started out with back-to-back strikeouts, but Post was able to work a little 2-out magic. 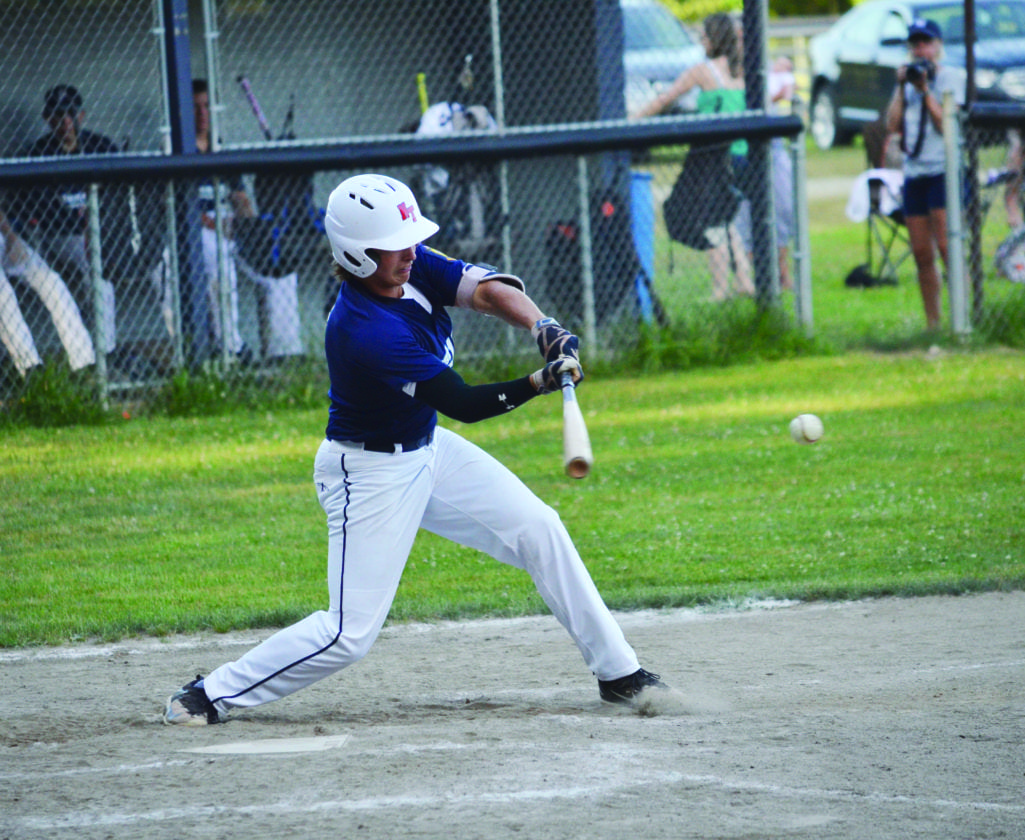 Post 135’s James Swanson delivers an RBI single in the fifth inning of Thursday’s game against Corry at Legion Field.

Tyler Gustafson walked and moved to second on a wild pitch. James Swanson followed with the lone hit of the game for Post 135, a well-struck line drive to right-center that plated Gustafson.

By that point, however, Corry already had all six of its runs on the board.

Back-to-back RBI singles in the third by Laban Ehrhart and Nichols made it 4-1, and an RBI triple from Ehrhart pushed the lead to 5-1 in the fifth. Ehrhart scored on a wild pitch to make it 6-1, and a single by Nichols ended Loomis’ night on the mound.

He gave way to Ben Berdine, who was a bright spot for Post. Berdine allowed just one hit in his three innings of work, striking out six.

It wasn’t meant to be for a young Post team, however, as they bowed out, while Corry kept its season alive. 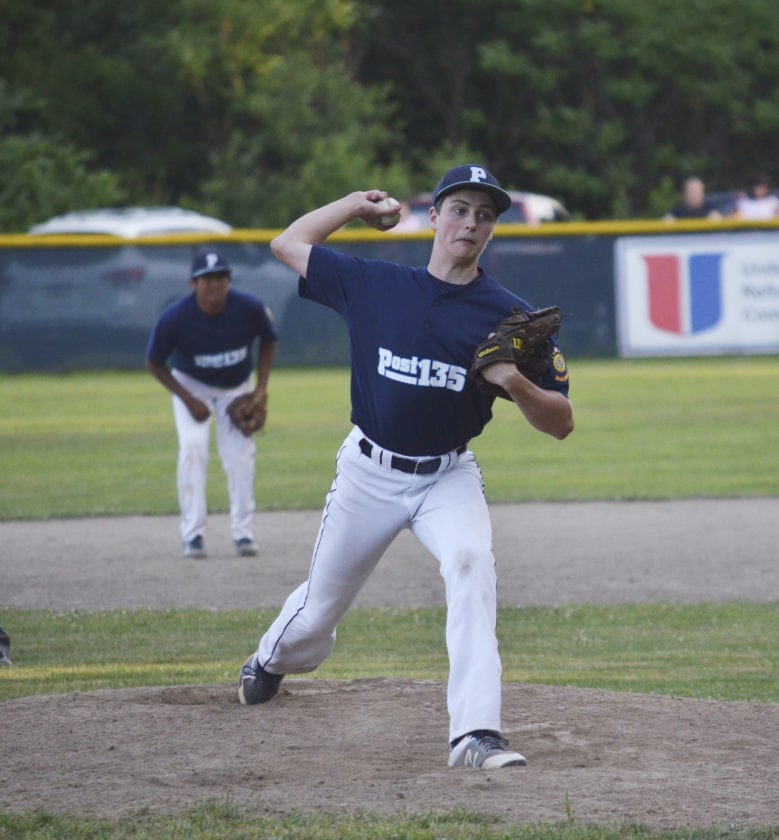